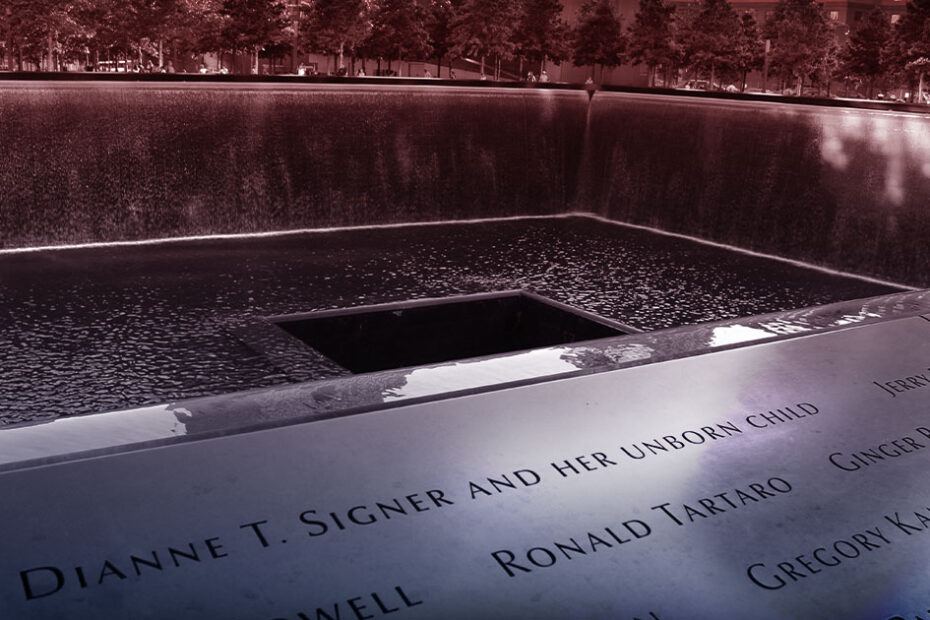 This past Sunday marked the 21st anniversary of the infamous 9/11 attacks in our nation by a foreign power. More than 2,900 people died because of those vicious strikes at the heart of our nation. The date is now a tragic part of America’s history. The ceremonies and prayer events are a stark reminder of the great sadness felt by hundreds of families not to mention Americans in general.

The same day also marked the deaths of more than 2,500 preborn children from surgical abortion. This number does not include those babies who died by chemical abortions. And as we know, the pill and similar methods take human lives at a high rate in our nation. Lest we forget, abortion kills that many people every single day of the year, for an estimated 912,000 annually. Such numbers are only estimates and hard to imagine, but they are very real.

Each of these people who died represents a human tragedy not a numeric calculation. And whether they died during the 9/11 attacks or by abortion, every one of their lives represents a tremendous loss to our human family. Given this fact, a fundamental question must be asked: Why is our nation so callous to the deaths of countless babies but shocked anew when reminders of 9/11 come into view?

The simple answer is that our consciences have been dulled by the realization that it is not against the law to kill a preborn baby, but it is an act of terror to perpetrate death by a foreign power. So what is the truth?

Terror, according to Merriam-Webster, is “violence or the threat of violence used as a weapon of intimidation or coercion.” Abortion is an act of violence that threatens the innocent thousands of times each day. Each time an abortion occurs an innocent human being is murdered. Often this is so because the abortion industry has used tools of intimidation or coercion to lull the expectant mother into believing that her pregnancy is a scourge that can be easily remedied with a few pills or a surgical instrument. Today more than ever before we see this playing out on the stage of life in our nation.

In the wake of the Dobbs decision, which literally handed the task of legislating abortion back to the states, Planned Parenthood persists in marketing its wares, assuring potential patients that their services are safe, common, and available. The ugly truth about promoting an agenda that legislates the heinous crime of abortion is a stark reality that few wish to share. The facts show that every single day as “over $1.7 million taxpayer dollars prop up Planned Parenthood, it ends the lives of 1,051 preborn babies, which equates to one abortion every 82 seconds.”

That is not progress! After nearly 50 years, the deadly consequences of legislating an act that is the epitome of violence continues to be a deadly mistake. As pro-lifers, we must understand this and do all we can to convince our fellow pro-life advocates that regulation of murder is no different than crashing an airplane into the twin towers.

In each case a fiendish act took innocent lives. The stark difference is that September 11 occurred and was not, thank God, repeated daily, but abortion is repeated every minute of every day without hesitation. And it will continue until our lawmakers, our religious leaders, and each of us unite in calling for total protection for these individual human beings whose innocent lives will remain at risk until their personhood is protected by law.

ACTION: Educate and demonstrate to end the carnage. Call for total protection for every innocent person, born and preborn, and never stop. America’s daily 9/11 is not going to end until success is achieved, and that will not happen until hearts and minds are turned to truth rather than the current agenda of lies and deceit.

Recall these words of St. John Paul II, which apply to every living, thinking human being: “No darkness of error or of sin can totally take away from man the light of God the Creator. In the depths of his heart there always remains a yearning for absolute truth and a thirst to attain full knowledge of it.”

Let us heeds these words and never stop teaching truth.