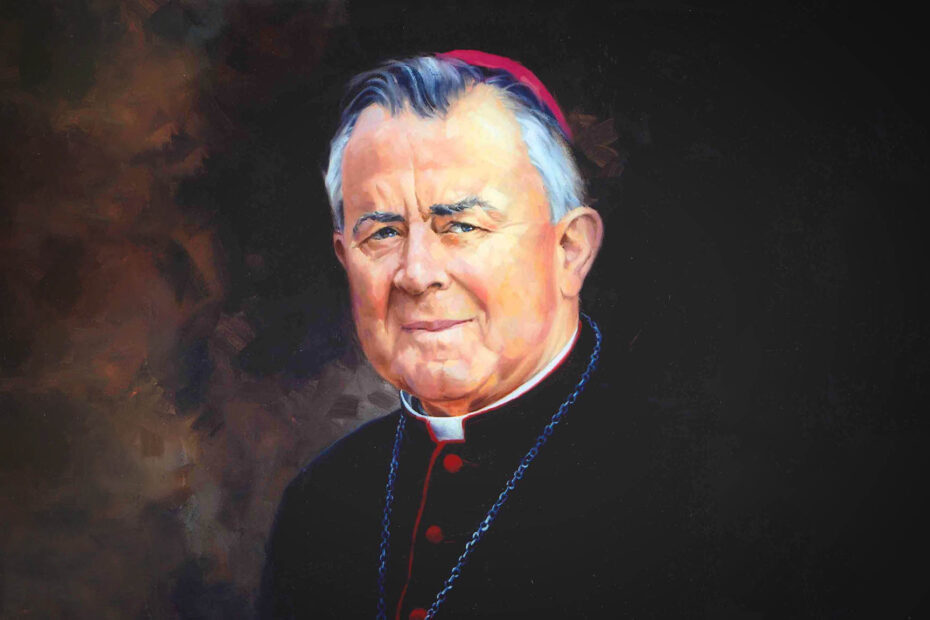 American Life League mourns the passing of Bishop Emeritus John W. Yanta, who passed away Saturday, August 6, in his San Antonio home after a long battle with numerous ailments. He was 90. Services will be held in Amarillo and San Antonio, with burial in Panna Maria, Texas.

Bishop Yanta was a true friend and often consulted with STOPP. I was privileged to work alongside him for his 12 years as bishop of the diocese. Together we implemented prayer vigils at the Planned Parenthood facilities within the diocese, and over a 13-year period we saw all of them shut down.

As editor of the diocesan newspaper, The West Texas Catholic, I interviewed Bishop Yanta as he left the diocese following his retirement in 2008. Speaking of his years of involvement in the pro-life movement, he said:

I had a Johnny-come-lately start with the pro-life movement during the early nineties, while I was a parish priest in San Antonio. That led to my arrest at New Women’s Center on the 20th anniversary of Roe v. Wade, January 22, 1993. That was a turning point for me and many collaborators.

When I arrived in Amarillo, I could not believe there were 19 Planned Parenthood centers in the geographical boundaries of our diocese. I was already convinced that the greatest power on earth is prayer and I knew this must be given over to the Blessed Virgin Mary. The rosary would be the solution.

So we had groups of people begin praying the rosary on the sidewalk outside these facilities. And it happened so quickly that these facilities shut down with only one remaining open today—you have to attribute that to the Holy Spirit’s power.

American Life League’s nationwide program to pray the rosary at Planned Parenthood facilities was modeled after the Amarillo Diocese outreach. ALL’s program is known as Bringing Jesus to Planned Parenthood through Mary. It will officially merge with our Marian Blue Wave program and is set to be relaunched in October of this year as we reconsecrate our work to our Blessed Mother. More information will follow soon.

As the Beast Morphs: No Cowardly Spirit When the Marian Blue Wave Surges

By Rita Diller It is finally October, the month of Mary. It is also Respect Life Month in the Catholic Church. But sadly, we don’t…

Read More »As the Beast Morphs: No Cowardly Spirit When the Marian Blue Wave Surges

By Susan Ciancio For the first time in three years, the Culture of Life Studies Program is hosting its annual Pro-Life Essay Contest. This is…

PRO-LIFE BASICS: Why are pro-abortion people so angry?

Read More »PRO-LIFE BASICS: Why are pro-abortion people so angry?