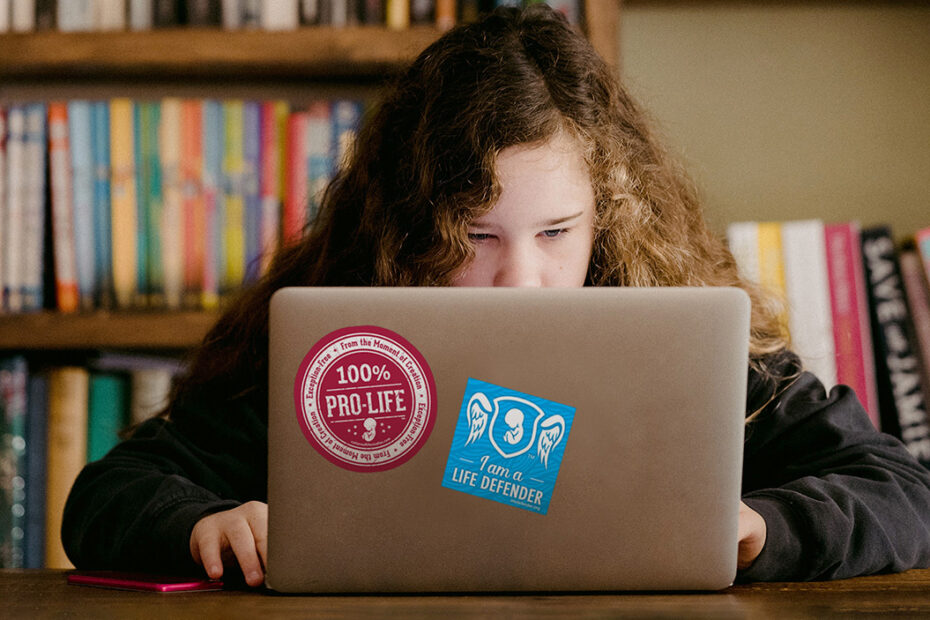 The Culture of Life Studies Program has some exciting news! Our Pro-Life Essay Contest is back, and the prompts have been posted!

Now more than ever, it’s vital that young people learn how to articulate their pro-life beliefs. Why?

In the months since the Supreme Court decided the Dobbs v. Jackson Women’s Health case and reversed Roe v. Wade and Casey v. Planned Parenthood, I have seen numerous pro-abortion arguments from people in all walks of life: Hollywood elites, prominent politicians, the media, and even “friends” on social media. But these arguments are often fraught with misinformation, misconceptions, or just wrong information. Further, the authors do not articulate logical or well-thought-out responses. Most simply want to chant “my body, my choice” or “bans off my body.”

In addition, many fail to see the twofold truth: There is no “right” to abortion in the 14th Amendment. And every abortion kills a human being who has the right to live.

These are truths that must be taught with compassion, conviction, intelligence, and love. But it’s not always easy to talk to people, especially when they don’t want to listen. That’s why communication and articulation are essential skills for every person, especially for kids, who are now growing up in this increasingly turbulent society.

In today’s world of text-speak, acronyms, and quickly typed social media responses, articulation—the ability to express oneself clearly through speech or writing—is not a well-honed skill for the majority of the population. It’s apparent that most people are neither concerned with speaking well nor with presenting a logical argument. Most just want to be heard.

Sadly, many people do not even think before typing or speaking a response. They simply blurt out the first thing that pops into their heads.

One of the most important jobs we have as parents, as grandparents, or as anyone who takes care of children is to teach them to listen, to discern, to understand the facts, and then to calmly and skillfully present those facts to others through either their speech or their writings.

This skill is integral as we grow into faithful adults who can not only function well but who can lead others.

At the Culture of Life Studies Program, we provide Catholic, pro-life lessons for homes, schools, and religious education programs, so we understand the importance of finessing this skill. That’s why most of our lessons have components in which the students either respond verbally to questions or write their responses.

We include these activities because we want your children to learn to think and speak well. We teach them the facts and help them learn to articulate those facts so that they can teach others. We teach them to express their feelings about what they have learned. We teach them to ask questions. And we encourage them to learn more about the subject matter because when they truly understand the subject, they will then have the moral courage necessary to stand up for their faith.

If we do not raise children who can express themselves and who aren’t afraid to do so, then we risk falling deeper and deeper into the culture of death.

It’s hard to express the excitement that the CLSP team felt during past contests after each entry was submitted. We kept track of the growing number of students who submitted essays, and we couldn’t help but feel hopeful, for we knew that these kids had taken the time to think, to synthesize their thoughts, and then to write them down in a logical manner.

The prompts, the rules, the prizes, and all the details are live on our website. Students have between now and November 1 to write and submit their essays.

Why October? October is Respect Life Month, and we can’t imagine a better way to celebrate a respect for life than to share the truths of life with your children or students.