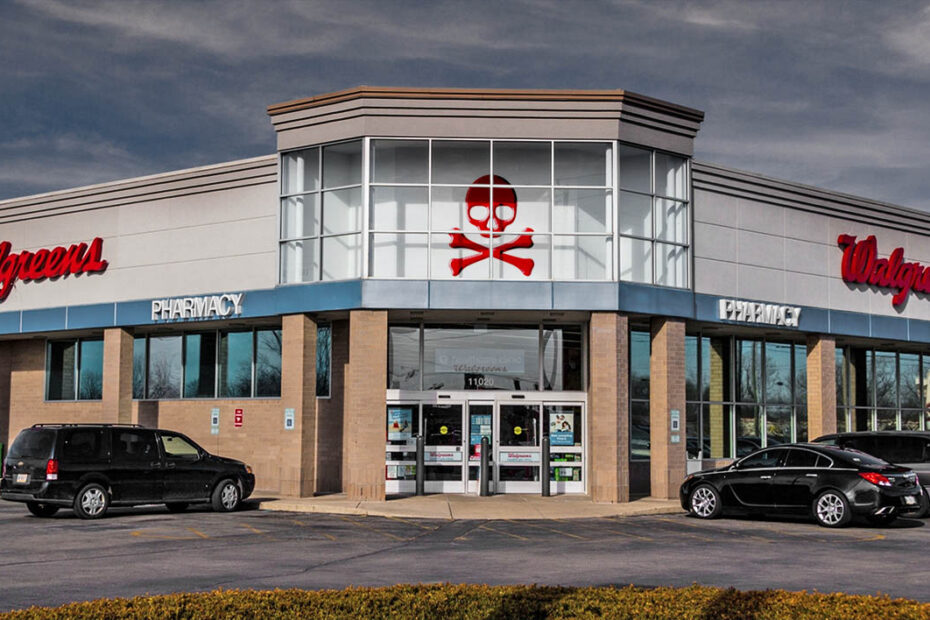 It all started with the first person to publicly defy truth by claiming her right to kill. That woman was Estelle Griswold, executive director of Planned Parenthood League of Connecticut.

A birth control trailblazer, Griswold wanted women to have access to over-the-counter contraception, and while her vision did not include providing the deadly chemicals without a prescription from a licensed physician, times have changed. In fact, they have become deadlier than anyone could have imagined, including perhaps Griswold herself.

As of January 5, 2023, the federal government’s Food and Drug Administration is allowing certified brick-and-mortar pharmacies to dispense mifepristone after it’s prescribed by a medical provider. Mifepristone is the first in a two-part abortion pill regimen (the second pill in this regimen—misoprostol—is already available at pharmacies). Mifepristone blocks the body’s production of progesterone, which means the baby cannot continue to grow. This means that he is essentially starved to death.

But in order to carry this drug, such pharmacies must

become certified to dispense it and agree to certain criteria, which the New York Times reports includes keeping the names of physicians who prescribe the drug confidential.

The fundamental flaw here is not only that chemical abortion will be easier to accomplish, meaning that exponentially thousands more babies will die, but that the drug’s serious side effects for the expectant mother will be ignored or avoided once this new regulation becomes fully functional. This is a sad truth that underscores the reasons why we insist, over and over again, that the government does not sincerely care about women or their children—born and preborn.

Naturally the big pharmacy companies such as Walgreens and CVS jumped up immediately to acquire the approvals needed from the government. And while, as of yet, no pharmacies have begun selling the drug, we have to ask ourselves, What is the cost to life of this FDA decision? These new regulations not only permit the deadly pills to be dispensed but they do so even if the patient has nothing more than a telephone conversation and medical approval before filling the prescription. No physical examination is required!

The headline reads “FDA Enables Abortion Via Telemedicine by Lifting Restrictions on Pill.” That is exactly how frivolous President Biden and the entire government have become when addressing their version of respecting the right to life for human beings. In other words, there is no respect. Period!

We are grateful for Senator Ted Cruz, who said:

This decision was not made with the well-being and health of women in mind. . . . We should all be able to recognize that these pills can cause very serious side-effects, and should never be taken without medical supervision. . . .

This is a reckless decision that puts the lives of women and girls in Texas and America in danger in order to push a pro-abortion agenda. This decision is not based on science, but on radical politics, and I am deeply disappointed by the callousness of the FDA.

Yet while Senator Cruz utters his deep disappointment, history tells us that the FDA has been on this road since 1960, if not earlier. It would seem that aborting our future is not only the preoccupation of politicians and their cronies but clearly a majority of Americans as well. This is why this nation’s commitment to defending the innocent is no longer of paramount importance to our government.

There are too few Americans in our day who take the time to reflect on these words from the Declaration of Independence: “We hold these truths to be self-evident, that all men are created equal, that they are endowed by their Creator with certain unalienable Rights, that among these are Life, Liberty and the pursuit of Happiness.”

The God-given unalienable right to life has been redefined for the purpose of eliminating the Lord Himself and the millions whose development from the first cell onward has been denied. The mifepristone marketers are not ignorant of these facts; they are simply hardened of heart. If this were not so, they would not be in denial, and we would not be facing the sea of death that is certain to submerge our nation.