It seems the hottest topic in the country right now is the Supreme Court consideration of the Dobbs case. Both the pro-life and the pro-abortion warriors are giving this great attention. The United States Supreme Court has now set the date of December 1, 2021, for when it will hear oral arguments in the case. It is not known what the outcome will be, but we encourage all readers of this newsletter to pray that the justices have the courage to do the right thing—to admit what everyone knows—that a preborn human being is alive from the first moment of his or her creation and that he or she is entitled to the full rights and protections of the United States Constitution. Those rights include the right to life.

This week has seen the life and death battle for the lives of preborn children created by God increase to a feverish pace. Congress is back in full session and pro-abortion politicians are putting on the pressure.

According to reports we are receiving from Congress, House Speaker Nancy Pelosi is pushing to have the most dangerous pro-abortion bill in history voted on in the House as quickly as possible. The so-called “Women’s Health Protection Act of 2021” (H.R. 3755) would write the right to an abortion into federal law and give the federal government control over which laws concerning abortion can be passed in each state. On Wednesday of this week, the House passed H.Res.667, which authorizes the “consideration of the bill (H.R. 3755) to protect a person’s ability to determine whether to continue or end a pregnancy, and to protect a health care provider’s ability to provide abortion services.” That resolution clears the way for a House vote, with limited debate, at any time. If it passes the House, it will then go to the Senate.

The first looming Congressional financial deadline is the need to have an approved fiscal year 2022 national budget in place by September 30. The House of Representatives voted—on a strict party line 220-211 vote—this past Tuesday to extend the deadline to December 3. In addition to the time extension, it is being reported that the bill “extends current spending levels through Dec. 3 … suspends the cap on federal debt through the end of 2022 … [and] includes a total of $28.6 billion for communities recovering from natural disasters that occurred over the past 18 months and $6.3 billion in aid for Afghan refugees.” While the Democrats were able to pass the legislation in the House, it is not clear if they will be able to get it through the Senate.

As the pressure builds on all sorts of spending bills in Congress, one Democrat in the Senate is calling for a pause. In an op ed in the Wall Street Journal a few weeks ago, Senator Joe Manchin (D-WV) called for more time to consider the $3.5 trillion-dollar spending bill being pushed by the Biden administration. You can read this article from ROLL CALL to learn more about Senator Manchin’s position.

Get ready for even more confusion surrounding the COVID shots. This week, an article on TrendingPolitics.com revealed that several vaccine manufacturers are changing the names of their COVID shots. The new names have been approved for use in Canada and the European Union, but have not, yet, been introduced in the United States. As the article explains, the delay in using the names in the United States may be due to the intricacies of the US approval system. However, the new names, for the exact same formulations currently in use in the United States, will eventually be used in this country.

In Canada and the European Union, the new names being used are:

You can print these out for future reference.

This week, ALL’s Dwain Currier published a video on the history of the pro-life movement titled “We Used to Be a No-Exceptions Movement”. In the video, Dwain details how over the last 40 years, the pro-life movement has continued to inch back further and further on protecting all preborn lives. According to Dwain, today’s pro-life movement is a far cry from the one spearheaded by Nellie Gray and Judie Brown.

Dwain was interviewed on Thursday by American Family News, formerly One News Now, regarding his new video. The interview will appear on the news site in a few days.

On Wednesday of this week, the semi-monthly STOPP Report was sent to a list of thousands of pro-life activists and readers. The main article, Planned Parenthood abortion-by-mail, details Planned Parenthood’s efforts to deliver abortion pills through the mail.

ALL’s program, the Marian Blue Wave, continues to grow with more than 4,000 prayer partners signed up on the interactive map. The Marian Blue Wave asks Catholics to commit to saying a Rosary once a week for the specific intentions of ending all abortion, shutting down all Planned Parenthood and abortion facilities, and for the protection of our Lord in the Eucharist.

Twice a week, Judie Brown’s commentaries are distributed to an expansive media list. The list contains over 100 media outlets such as Fox News, The Federalist, Breitbart, and The Daily Caller, among others. Judie’s Tuesday commentary, Viper Joe, appeared on the ALL home page. Each commentary is also featured as a part of Judie’s recurring column on Renew America.

Jim Sedlak’s Pro-Life Activism from Creation to Death is a weekly talk-radio program on the Radio Maria USA network. The show can be heard live every Friday at noon (Eastern Time). Each show features an update on what is happening in the pro-life world, and frequently guests will appear on the show to provide first-hand updates and experiences.

A rash of legislative abortion viability regulations, pain-capable, “heartbeat” bills are keeping the debate surrounding abortion violence front and center. American Life league has declared for decades, along with the original leaders of the pro-life movement, that adding exceptions to abortion violence legislation doesn’t help in the struggle to end abortion.

A rash of legislative abortion viability regulations, pain-capable, “heartbeat” bills are keeping the debate surrounding abortion violence front and center. American Life league has declared for decades, along with the original leaders of the pro-life movement, that adding exceptions to abortion violence legislation doesn’t help in the struggle to end abortion.https://www.youtube.com/embed/M4eZhNJ6BQY?rel=0

The United States Supreme Court is scheduled to consider Dobbs v. Jackson in its 2021-2022 session, which begins on October 4, 2021. The exact date for the oral arguments is December 1, 2021. Both pro-life and pro-abortion groups are planning gatherings at the Supreme Court and elsewhere on Saturday, October 2—two days before the opening of the next Supreme Court session.

Stanton Public Policy Center is making a nationwide call for a pro-life coalition of thousands to come to the Supreme Court for a massive prayer gathering and worship on Saturday, October 2, from 2-4 PM.

American Life League plans to be there to call upon the Supreme Court to proclaim the truth— that every preborn human being is created by God and is entitled to the same rights and protections as any other human being in the United States of America.

It is time the Supreme Court recognized the humanity of the preborn child and awarded him or her the full protections of the United States Constitution.

Those who support the killing of innocent human beings before birth are also planning a demonstration in Washington, DC, on October 2. They are calling their event a Women’s March and it will begin at noon.

Please pray for the success of the Stanton activity, and also pray that all those who attend the Women’s March will have their eyes and hearts opened and they will come to understand that killing God’s children is not a good thing.

The annual pro-life march in Washington, DC, used to be the only march for preborn lives.  Several US states have now adopted their own annual pro-life marches. These make large pro-life events more accessible to advocates who want to participate but can’t make the long trek across the country.

This year, Virginia held its third pro-life march around Richmond, the state’s capital. Below we highlight the many faces and signs of those who understand that the most vulnerable among us cannot march for themselves. 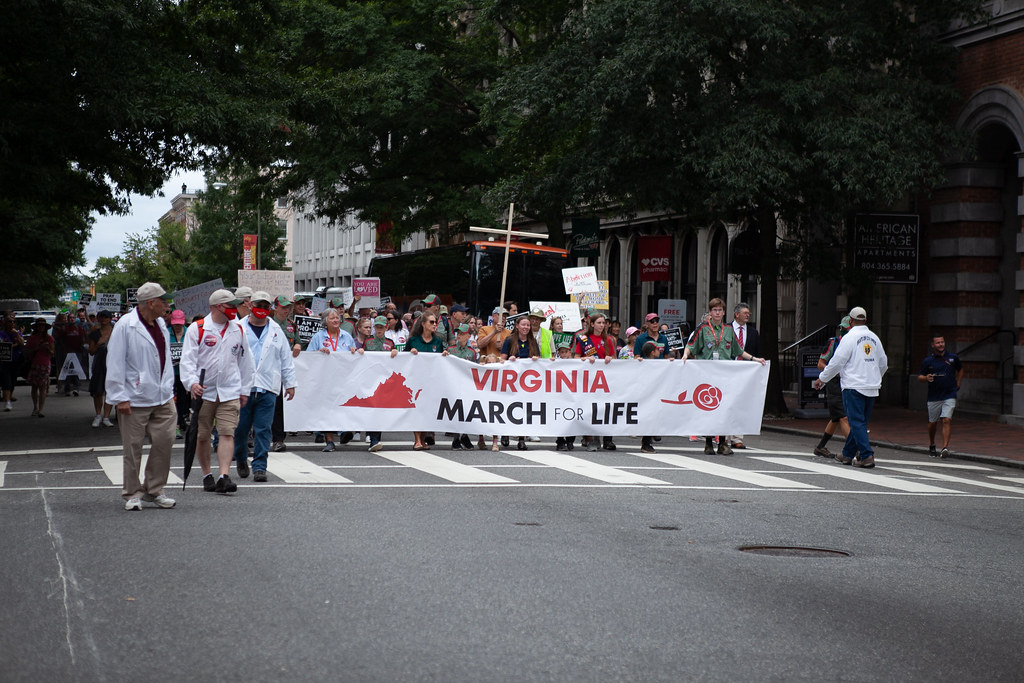 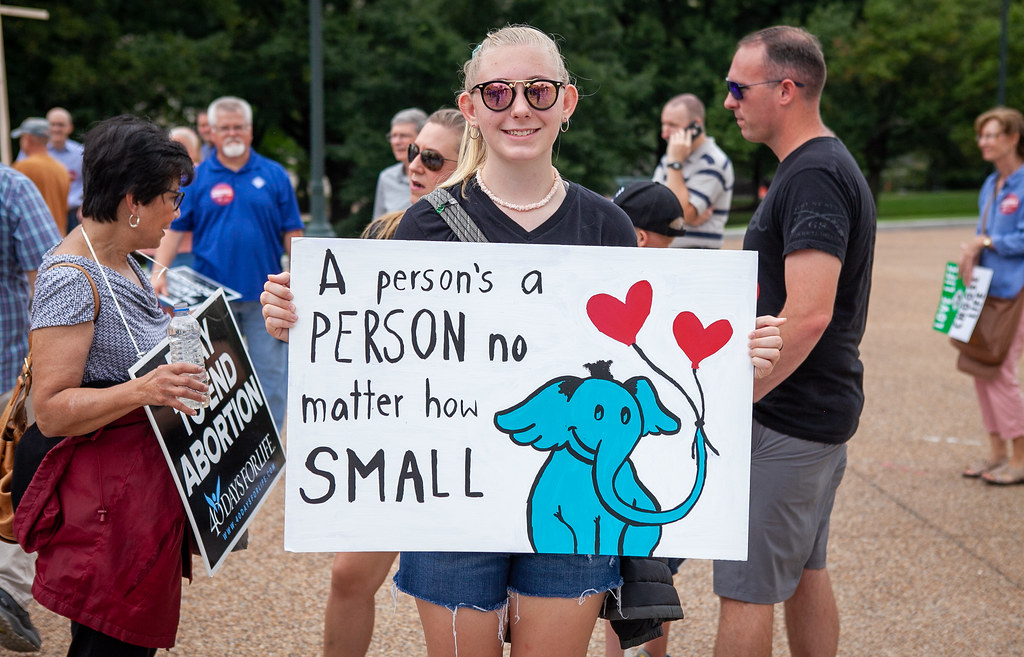 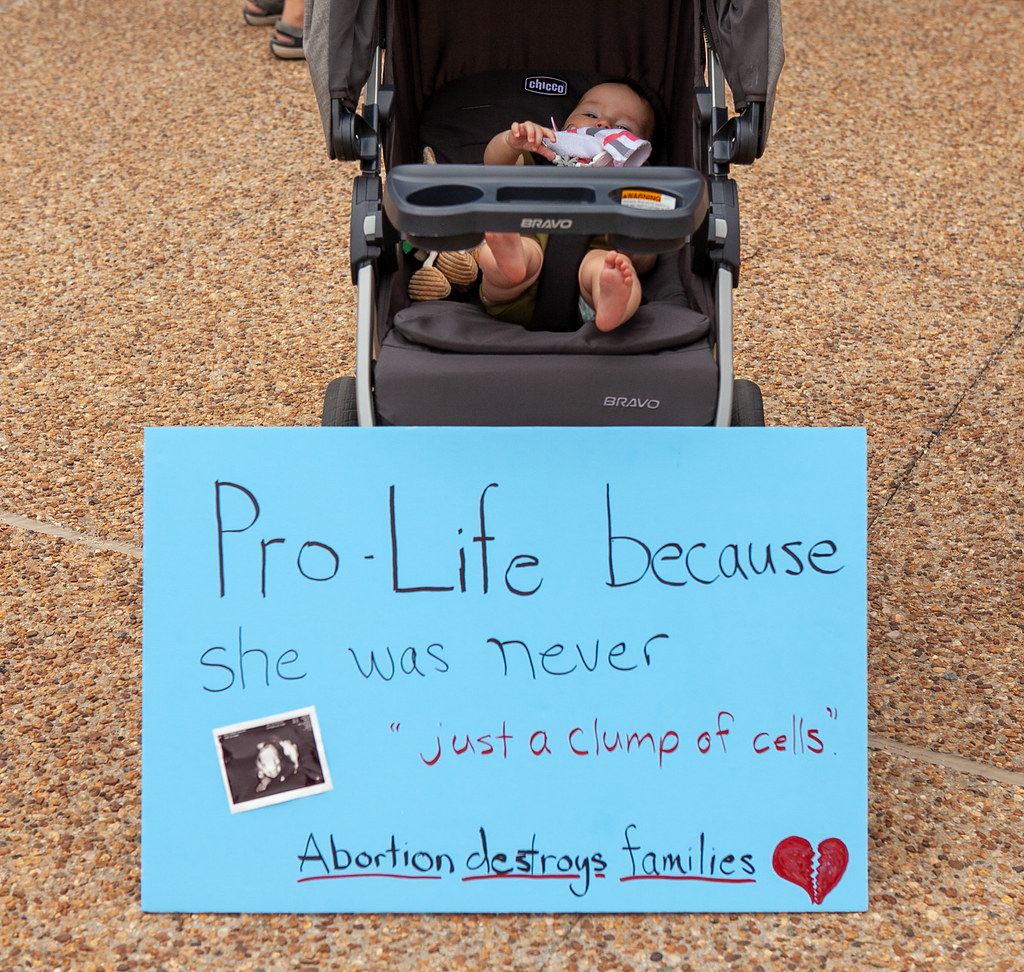 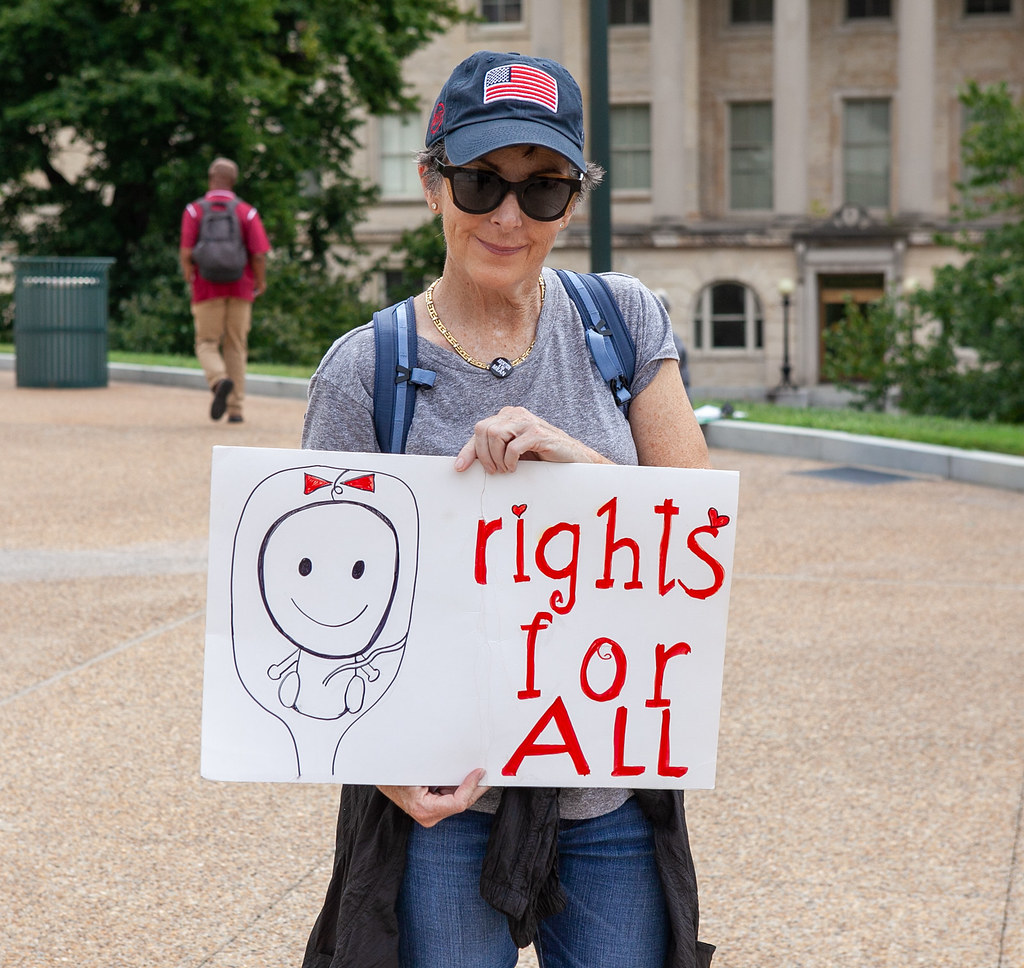 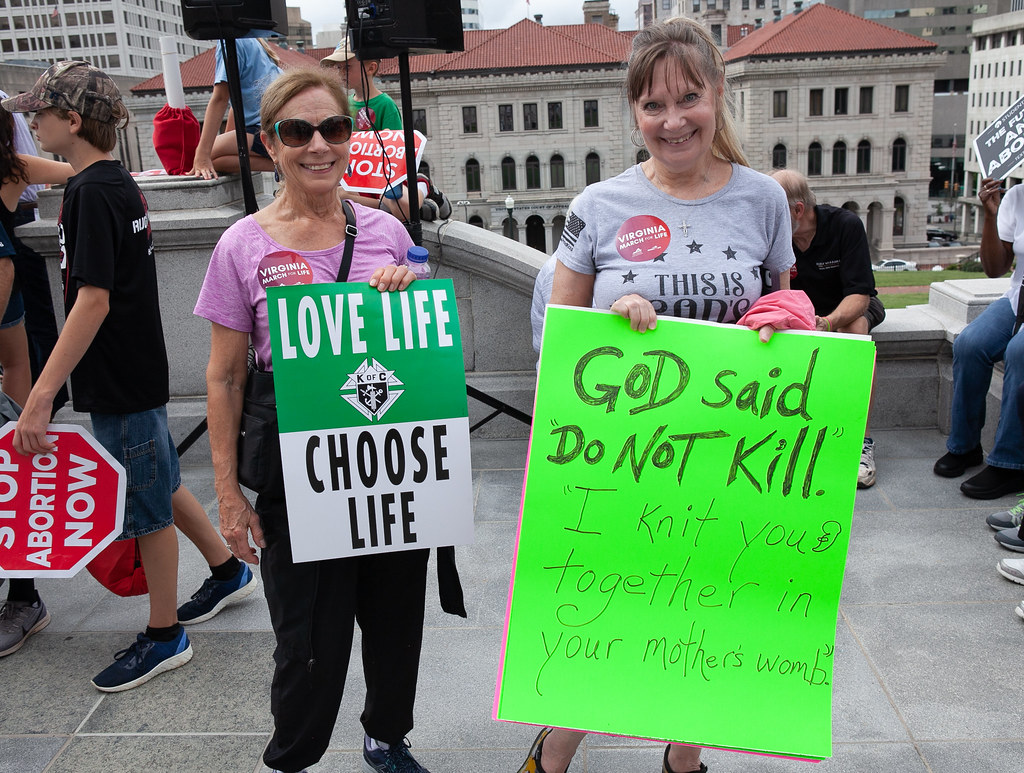 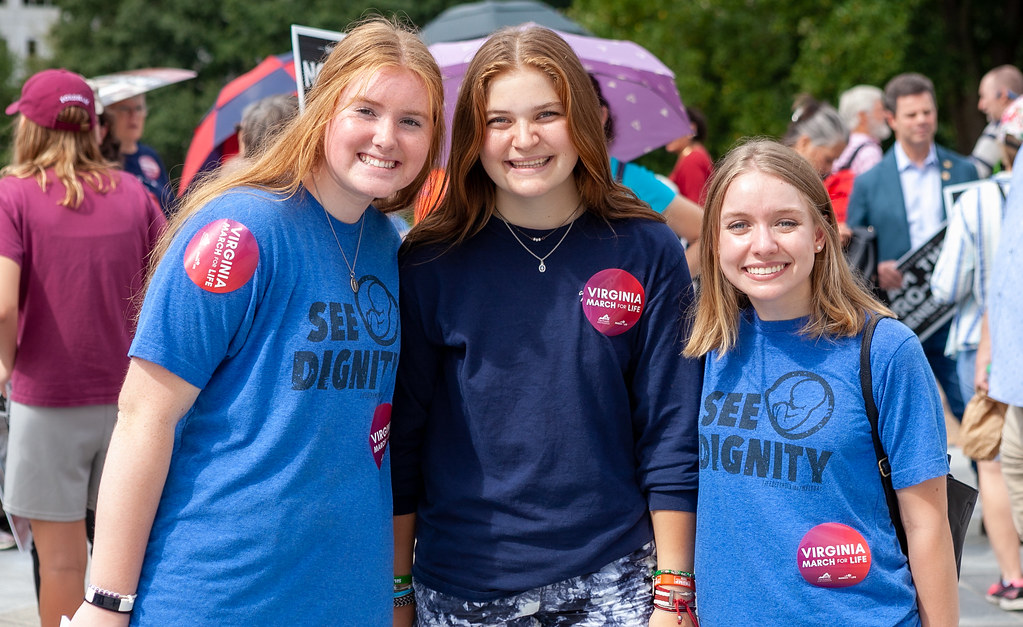 Week in Review – Pro-Life Hero, Who Helped Shut Down 19 Planned Parenthood Facilities, Passes On; 26-Year-Old Suffers Birth-Control-Related Stroke The following is a portion from this…

The War Against Motherhood

Read More »The War Against Motherhood