Week in Review – Planned Parenthood exposed. It only has 257 Medicaid customers in SC.

We frequently get questions on United Way support for Planned Parenthood. 2ndVote.com compiled a list of UW chapters that support PP and found that 78 out of 1,261 UW chapters across the country give money to Planned Parenthood. From 2013 to 2015, PP received between $2.3 million and $3 million from those 78 chapters. If you want to know which chapter gave and how much, go to 2nd Votes United Way Resource Page. 2ndVote will have a Tele-Town Hall event on Tuesday, August 21, at 8:00 PM ET for release of their latest research on United Way’s financial support of Planned Parenthood. Join the call at this number: 1-877-229-8493; access code: 117260.

The confirmation hearings of SCOTUS nominee Brett Kavanaugh are scheduled to begin on September 4 and should last about 4 days. Judge Kavanaugh has been speaking with US senators. Although Democratic leadership in the Senate has told all the Democrat members not to even talk with Kavanaugh, we understand he has talked with at least three Dems. The first effort is to get the nomination out of the Judiciary Committee. Once the vote gets to the full Senate, it is expected to be very close. Two Republicans, Lisa Murkowski (AK) and Susan Collins (ME), are supporters of Planned Parenthood and are expected to vote no—even though both voted for Justice Gorsuch last year. Sen. John McCain is very ill and not expected to be in DC for the eventual vote. This means that at least a couple of Democrats need to vote yes for Judge Kavanaugh to be confirmed. American Life League is a member of the Pro-Life Court Coalition and we encourage you to contact your senators and ask them to support this eminently qualified jurist.

There was an interesting development in South Carolina this week. Earlier this year, the governor took Planned Parenthood Medicaid funding out of the budget. PP has sued to have a judge order the state to fund PP. This week, the SC government filed court documents stating that only 257 of the state’s 1.2 million Medicaid patients actually go to Planned Parenthood. The State reported that the state agency said “(T)he fact is that there are many other providers available to see (Planned Parenthood’s) limited number of patients. After all, the vast majority of Medicaid recipients in need of reproductive health services and birth control prescriptions receive those services and prescriptions elsewhere.” Planned Parenthood always likes to portray itself as a much-needed organization; however, the actual facts often tell a very different story.

Our friend, David Daleiden, of the Center for Medical Progress, let us know this week that the very first trailer for the new Gosnell movie was released in The Hollywood Reporter. Gosnell is a true-crime drama that tells the story of Dr. Kermit Gosnell, the late-term abortion doctor in Philadelphia, PA, who was convicted of murder for delivering babies alive in his filthy clinic and snipping their necks with surgical scissors. This movie shows the terrible injustice of the pro-abortion system that covered up Dr. Gosnell’s crimes for so long and how good people finally enforced the law and made it end. You can WATCH the trailer here. Gosnell opens on October 12 in 750 theaters nationwide. We have a major problem in America. People want to pretend abortion isn’t happening. This film will present the facts and the political reality faced by prosecutors as they try to bring murderers to justice in 21st-century America. Please promote this film.

ALL in the News – Just three weeks to make your plans to remember abortion victims.

The first National Day of Remembrance for Aborted Children was held in September 2013 on the 25th anniversary of the solemn burial of the earthly remains of some 1,500 abortion victims in Milwaukee, Wisconsin. Over 100 memorial services were held across the United States, and it was clear this should become an annual event.

This year, hundreds of memorial services will take place at the gravesites where aborted babies are buried at the numerous memorial markers erected in their honor, Saturday, September 8th.

And Leaders are Needed—You are needed to organize one of these services! Go to www.abortionmemorials.com. Click on “Memorial Locations”—scroll down to your state and see the list of graves and memorial markers—then sign up to be a leader at the “Host a Memorial in Your Town.”

1) These ceremonies ARE ALL the aborted unborn will ever receive in this world.

2) This is a beautiful and effective way to provide that much-needed public witness to the Sanctity of Life.

3) The National Day of Remembrance helps pro-lifers re-commit themselves to the Cause of Life!

Pro-lifers are also encouraged to carry on the spiritual mission of the Day of Remembrance throughout the year by visiting a gravesite of aborted children or other memorial site to offer prayers of mourning for the victims of abortion. Find the site nearest you here.

bodily autonomy, workplace equality, and every other social justice trend of the month. Chelsea has discovered a new one in economic prosperity—that killing kids frees their mothers to enter the work force.

Chelsea Clinton said yesterday that murdering children via abortion has added half a trillion dollars to our economy,

TO CHELSEA CLINTON: Saying that Killing the unborn saved the economy is very close to Hitler’s idea that killing the Jews would save Germany.

Abortion is big business, we get it.

If murder is the ticket to economic success, just how far can this principle be extended? Regulated termination of schoolchildren reduces classroom size and pares down public school funding. Killing elderly Americans cuts costs on unfunded liabilities such as Social Security. Medicaid and welfare budgets can be slashed to almost zero when the poor are executed. Put simply, Clinton and her pro-abortion supporters would rather rid the world of people not like them.

Video of the Week – The Presence is Real

From the moment of consecration, Christ is truly present in the Holy Eucharist. We do not see Him as we see other people, but He is there, body, blood, soul and divinity. Even though we cannot see Him, He is always with us in the Blessed Sacrament. From the moment of creation, a person is truly present. We can’t see him or her as we see other people, but the whole person is there. Unique DNA can be detected, which will determine his or her physical and mental characteristics. There is a striking similarity between the number of Catholics who support abortion (40-47 percent) and those who do not believe in the Real Presence of Christ in the Eucharist (43 percent). Thus, we must pray and fast for intellectual, spiritual, and psychological healing for baptized Catholics who have strayed from the truth.

Judie Brown’s commentary this week, Government Trafficking in Baby Body Parts, is about the unbelievable situation where our federal government has just renewed a contract with the same group that gets baby body parts from Planned Parenthood. The parts obtained by the government will be used in experiments. Judie Brown is one of 75 signers of An Open Appeal to the Cardinals of the Catholic Church, asking the College of Cardinals to advise the pope that the new addition to the Catholic Catechism on the death penalty is a source of scandal and should be withdrawn.

ALL’s STOPP International published an article on the new United Nations document on comprehensive sexuality education. The article reveals how the UN wants to “… equip children and young people with … values that will empower them to … develop … sexual relationships …”

Jim Sedlak’s Pro-Life Activism from Creation to Death is a weekly talk radio program on the Radio Maria USA network. It can be heard live every Friday at noon (Eastern Time) and is repeated on Saturdays (10 PM) and Mondays (10 PM). 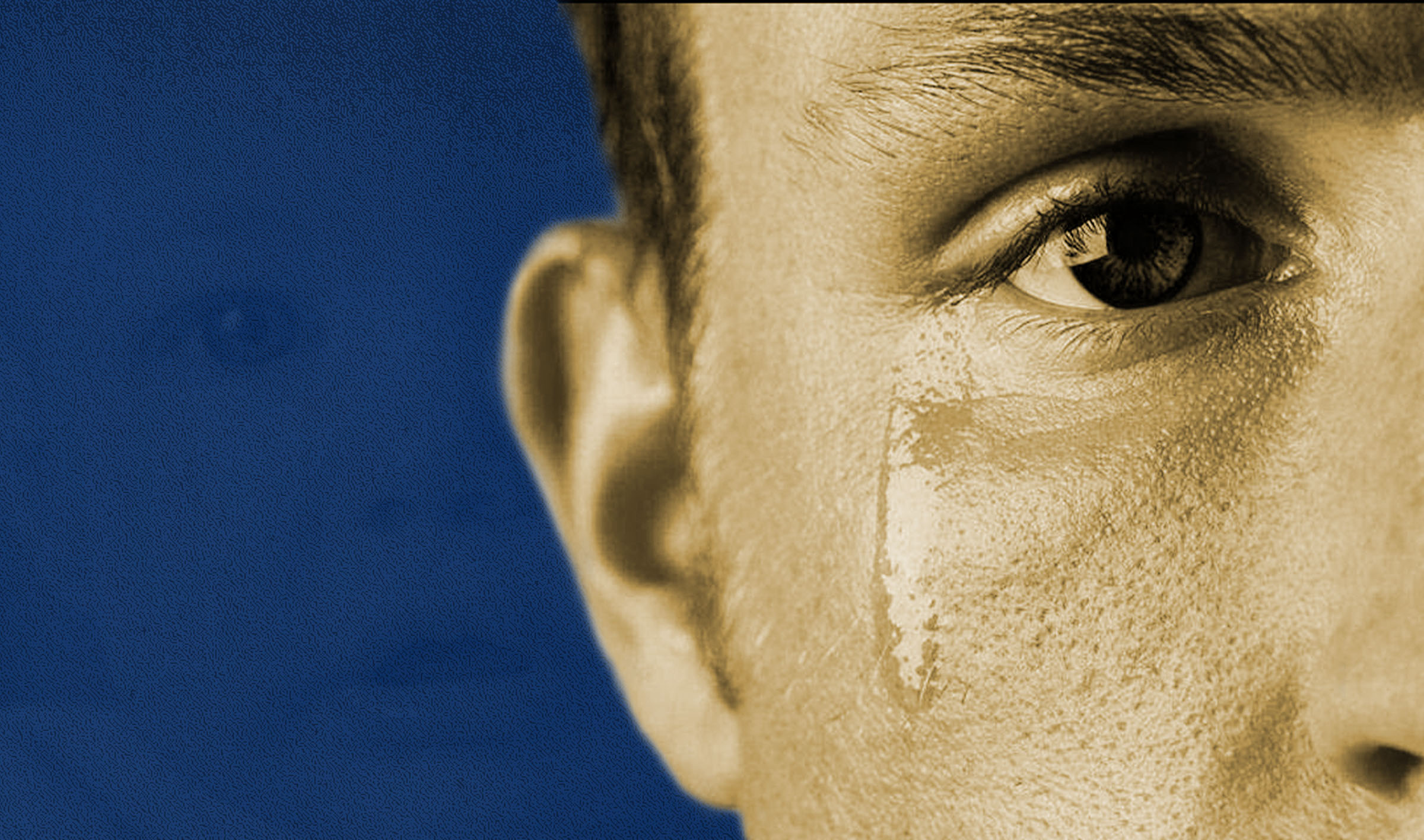