By Judie Brown
(#12 in our Cancel Culture series)

In Texas, high school valedictorian Paxton Smith dumped her prepared remarks and instead delivered a speech celebrating the abortion-murder of children, saying: “I cannot give up this platform to promote complacency and peace, when there is a war on my body and a war on my rights.”

In those few words, this young woman—who received acclaim from many for her endorsement of aborting babies—exposed the consequences of defying truth. Smith, the latest spokesperson for the so-called cancel culture, is to be pitied rather than celebrated. She exposes a state of mind that rejects anything and everything true and good.

Perhaps Smith does not know that abortion kills people. But in our cultural malaise, such a simple fact seems to have no place. That is why Smith is publicly celebrated by the media while thousands of women who suffer post-traumatic stress disorder or many of the other physical harms caused by abortion are never acknowledged. Nor are their stories told by mainstream media!

No wonder Smith and her generation remain jaded toward respect for life and are easily manipulated by the abortion cartel. After all, this is the same cabal that celebrates Planned Parenthood’s “Be Seen” campaign—a program designed to target young black and Latinas. Rather than calling “Be Seen” racist, the secular world welcomes it. The only racists, it seems, are those who defend the innocent and who never apologize for it.

Furthermore, we see that, in St. Louis, the cancel culture is celebrating a false concept of inclusion. The Tower Grove Pride Care-a-Van exclusively promotes the agenda of the LGBTQ community. So while inclusion should encompass all human beings—including the preborn—in today’s cultural confusion, words no longer mean what they once did.

Once the truth is disowned, anything is possible.

Why does this continue to occur? For Catholics, at least, it is clear that the answer is slapping our collective conscience in the face. Yet, many are still not seeing it.

The Church teaches truth. Among those truths, the most fundamental of all is the truth defining the Eucharist. And Christ called His bride—the Church—to teach it. According to the Catechism of the Catholic Church: “At the Last Supper, on the night he was betrayed, our Savior instituted the Eucharistic sacrifice of his Body and Blood. This he did in order to perpetuate the sacrifice of the cross throughout the ages until he should come again, and so to entrust to his beloved Spouse, the Church, a memorial of his death and resurrection: a sacrament of love, a sign of unity, a bond of charity, a Paschal banquet ‘in which Christ is consumed, the mind is filled with grace, and a pledge of future glory is given to us.'”

This is not an opinion or mere words on paper. Yet there are at least 67 Catholic bishops who disagree and who have explicitly “urged that committee work in process on ‘Eucharistic coherence’ be stopped, and that a planned discussion on the subject be removed from the schedule of the bishops’ June meeting—delayed until an in-person meeting of the bishops takes place.”

These men are shepherds following in the footsteps of the Apostles, and yet they are disowning truth by saying three things: (1) that there is disagreement about whether or not Christ is truly present in the Eucharist; (2) whether or not pro-abortion leaders in public life should be denied the body of Christ; and (3) whether or not it is their responsibility to obey canon law!

So, face it! If truth can be publicly disowned by ordained men called to holiness, what chance does Paxton Smith or Planned Parenthood or anyone else have in recognizing truth and embracing it?

And yet hope remains, as these words of Cardinal Joseph Ratzinger (later Pope Benedict XVI) affirm:

It seems certain to me that the Church is facing very hard times. The real crisis has scarcely begun. We will have to count on terrific upheavals. But I am equally certain about what will remain at the end: not the Church of the political cult, which is dead already, but the Church of faith.

Let us celebrate our faith and always strive to expose every betrayal of truth. 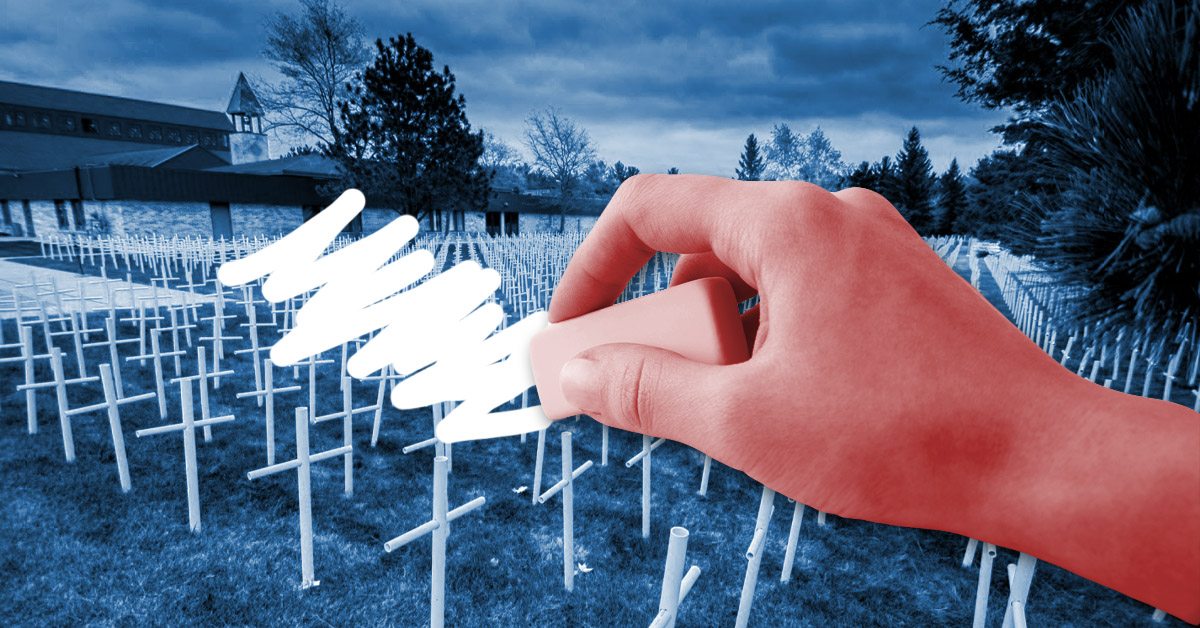 By Judie Brown(#13 in our Cancel Culture series) While it is clear that many today believe they have the power to cancel God, the truth…