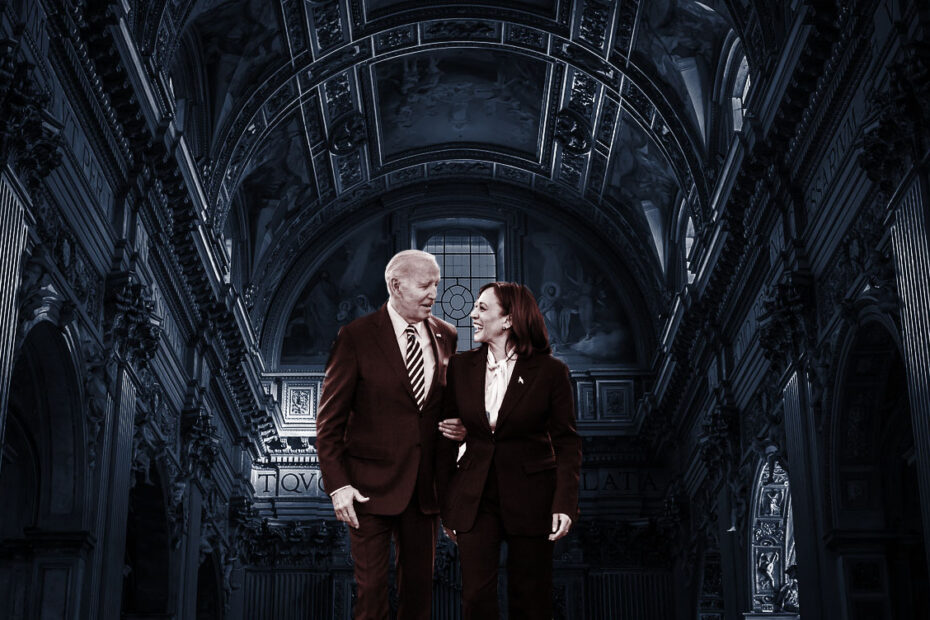 Sometimes the truth is really not only stranger than fiction but is itself a fiction. This conundrum comes to mind when we think about President Joe Biden, who claims to be Catholic but who supports the direct killing of the preborn. Recently he told his fellow Democrats during a fundraiser that a legislative proposal allegedly banning abortion after 15 weeks was so outrageous that even the Catholic Church would not support it.

He said, “I happen to be a practicing Roman Catholic. My church doesn’t even make that argument now.”

We are not sure what flavor Kool-Aid he is drinking, but whatever it is, Biden forgot that the Catholic Church teaches, as does the Fifth Commandment, “Thou shalt not kill.” And on the specific subject of abortion, the Church teaches, “Since the first century the Church has affirmed the moral evil of every procured abortion. This teaching has not changed and remains unchangeable. Direct abortion, that is to say, abortion willed either as an end or a means, is gravely contrary to the moral law” – Catechism of the Catholic Church, #2271.

Biden’s dubious comments have infected many politicians, which is a sad commentary on not only the times in which we live but the growing popularity of propaganda parading as fact.

Following in Biden’s footsteps, fellow democrat Stacey Abrams claimed that the fetal heartbeat we have heard as far back as the days of Bernard Nathanson, MD, is nothing but a manufactured sound!

And as if playing in a concert of lies and deceit Planned Parenthood joined the horn section by changing its website to coincide with Abrams’ false claims.

Today the science of fetal development has taken a backseat to partisan rhetorical posturing. No wonder so many people have no clue. Getting one’s education on fetal development from Biden and Abrams helps nobody.

In Arizona, a judge ruled that the state’s 121-year-old abortion law was reinstated, and the pro-aborts went crazy! Arizona Democrats warned anyone who would listen that because the law was upheld, girls were going to die. But what is concerning about this latest news in Arizona is that apparently Republicans are already suffering from cold feet syndrome, unable to defend babies, unwilling to stand on truth.

One political strategist for Republicans admitted that “this is not an issue Republicans want to talk about,” which says a whole lot about why aborting a child continues to go unchecked among gutless lawmakers and those seeking public office.

The Democrats could easily have the edge in this case if President Biden would put an end to political cowardice by focusing on fetal development and making it clear that abortion is a deadly act, but he won’t do that. His commitment to aborting the innocent has his fellow politicians in both parties running for cover and begging their inquisitors to change the subject.

In 2022, political deception not directness is the d word that defines those running for office. Telling the truth based on the facts is not politically popular, and perhaps it never was.

The one thing about the Joe Biden Church that troubles this writer the most is that the bishops could so easily stand up and publicly expose the deceiver Biden, and yet we do not see that happening. When Biden says that the Catholic Church supports aborting babies conceived in rape, where is the public statement from the United States Conference of Catholic Bishops setting forth the truth?

Perhaps the bishops’ bureaucrats did not hear Biden lie, or maybe they merely chose to ignore the error. Regardless, the Joe Biden Church would be well served to stop playing silent for the hypocrite Biden and start teaching truth.

It is time for every Catholic to recall the words of Christ, who said: “I am the Way; I am Truth and Life. No one can come to the Father except through Me.”