Planned Parenthood Has a Problem 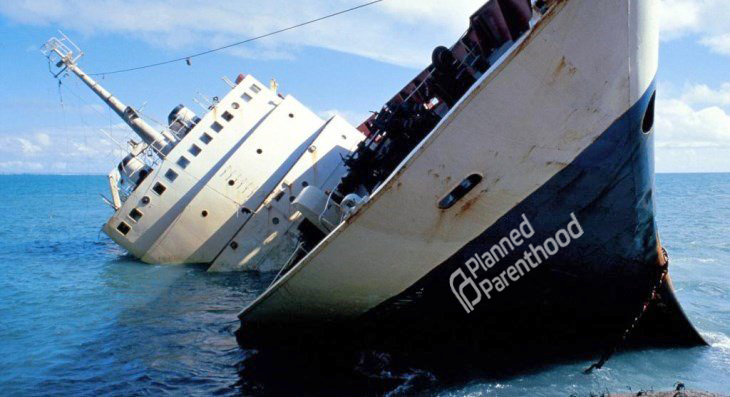 Well, not exactly, but all of us at American Life League joined in a universal high five because finally the painstaking work that Jim Sedlak and American Life League’s Stop Planned Parenthood International (STOPP) accomplished has received the public recognition necessary to bring down the abortion giant.

The complete STOPP analysis is proof positive that grassroots Americans, organized specifically to stop Planned Parenthood, are having an immense impact on the abortion giant.

This is probably one of the reasons why the New England Journal of Medicine published an article last year entitled “Planned Parenthood at Risk.” The propagandists proclaim: “It is shameful that a radical antichoice group whose goal is the destruction of Planned Parenthood continues to twist the facts to achieve its ends.”

Such words belie the truth that whether it is the latest STOPP analysis or the painstaking work of organizations like The Center for Medical Progress, nobody has to “twist” the facts. All any of us has to do is report what we know to be true based on Planned Parenthood’s own words and statistics.

And believe it! Planned Parenthood is not ashamed of anything it advocates. For instance, its latest statement that “it is a person’s ‘right’ not to tell a sexual partner whether they are HIV-positive if they don’t want to” is shocking, but not if you buy into the Planned Parenthood pro-death cultural change program. One commentator reflected on this dastardly proclamation recalling that in “2011, a Planned Parenthood staffer also was caught recommending that a man with an STD donate blood.”

The fact is that Planned Parenthood is all about death, not life. Whether it is making a profit killing a preborn child or counseling someone not to reveal that he has a deadly sexually transmitted disease, the outcome is the same: suffering and dying.

And this is precisely why the work of Jim Sedlak and his army of grassroots activists is having such an immense effect for good, for life, and for God. As Sedlak rightly stated in his recent press release, “What this Planned Parenthood Annual Report shows . . . is that, despite the inaction on taxpayer funding at the federal level, the foes of Planned Parenthood are having a significant effect on PP by closing down clinics all across the country. STOPP will continue to work with local people to peacefully and prayerfully cause such discontent with Planned Parenthood at the grassroots level that it will have no choice but to close its doors forever.”

Planned Parenthood does indeed have a problem. And we are elated!

American Life League has a mission of building a culture of life. Our national scope, our positive and effective efforts to develop a young generation of pro-life evangelists, and our number-one status as a threat to Planned Parenthood deserve your support.

Ask yourself: “How can I build the culture of life today?” Browse our website at ALL.org. We provide articles and inspiration that will equip you for the mission.

In addition, you can make an immense difference by generously donating to American Life League. Partner with us today and make a true impact toward a culture of life! Click here to donate. You can help save a life.