Of Pelosi, Pills, and Honesty 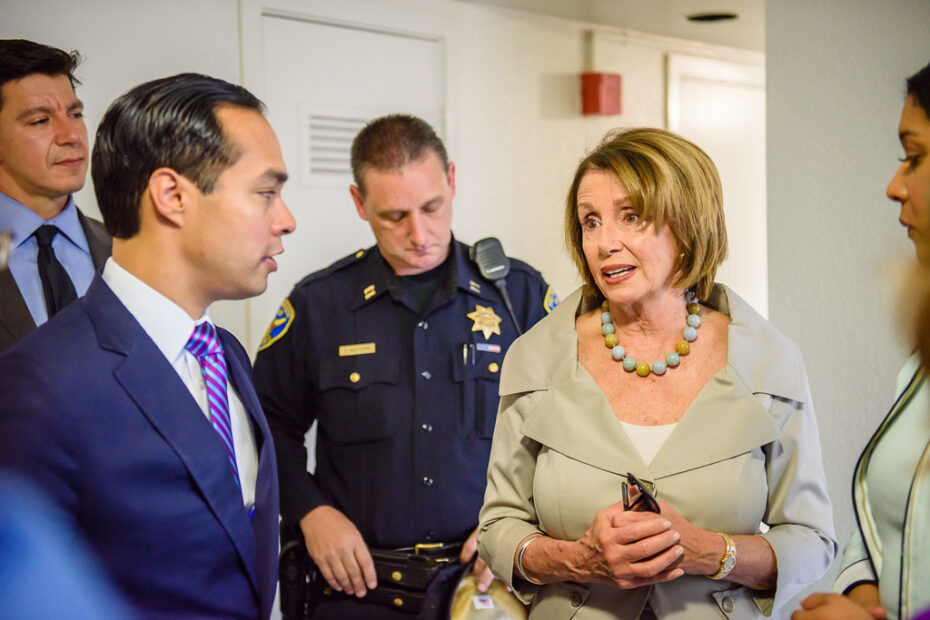 At the top of the hit parade this week has been the courageous action of Archbishop Salvatore Cordileone who denied the Eucharist to House Speaker Nancy Pelosi. In his letter, the archbishop wrote:

As you have not publically repudiated your position on abortion, and continue to refer to your Catholic faith in justifying your position and to receive Holy Communion, that time has now come. Therefore, in light of my responsibility as the Archbishop of San Francisco to be “concerned for all the Christian faithful entrusted to [my] care” (Code of Canon Law, can. 383, §1), by means of this communication I am hereby notifying you that you are not to present yourself for Holy Communion and, should you do so, you are not to be admitted to Holy Communion, until such time as you publicly repudiate your advocacy for the legitimacy of abortion and confess and receive absolution of this grave sin in the sacrament of Penance.

After numerous attempts to speak with Speaker Pelosi to help her understand the grave evil she is perpetrating, the scandal she is causing, an the danger to her own soul she is risking, I have determined that she is not to be admitted to Holy Communion. https://t.co/l7M85CyG86

We are grateful to the archbishop for finally making a public statement about Pelosi’s persistent claim to be Catholic as she strives to protect the murderous act of abortion. We will, as the archbishop requests, pray for Pelosi to repent of her public sins against the children of God.

Yet we cannot fail to state that Pelosi’s intrepid advocacy for aborting children has, over the years, had deadly consequences. Her defiance of truth has sowed seeds of mayhem for not only the babies who have died but for the Catholics who have found in her arguments their personal reasons for defying Catholic teaching and embracing abortion.

And Pelosi’s thirst for abortion is not the only challenge before us in these days of deception preceding what could be a momentous decision by the Supreme Court.

There has been a resurrection of the classic debate point for proponents of abortion who argue that if both sides of the abortion debate are serious, they should embrace contraception as a way to diminish the number of abortions. This age-old distraction from the facts has been around ever since Roe v. Wade became the so-called law of the land in 1973. But the argument is as false today as it was then.

An example comes from the writings of Catholic professor Maria Davila who argues that once Roe is gone pro-life Catholic feminists should press for further access for contraception. Somehow Davila has overlooked the moral teachings of the faith that not only preclude the use of contraception but wisely teach us why.

Pope Paul VI, for one, taught in Humanae Vitae: “It is a serious error to think that a whole married life of otherwise normal relations can justify sexual intercourse which is deliberately contraceptive and so intrinsically wrong.” Catholic teaching respects the gifts of sexuality—including procreation—as part of God’s plan for human beings. And while today’s hedonistic culture may scoff at such truth, Catholics should be teaching it rather than defying it. Thus the coming Supreme Court decision provides a marvelous opportunity to share these truths rather than denying that they exist or apply to mere mortals like you and me.

Historically, we could say that Pope Paul VI was a visionary, for he knew that once the Supreme Court opened the floodgates to contraceptive sexual acts, all hell would literally break lose, destroying lives and families in its wake.

The Griswold v. Connecticut decision of 1965 was not only a prelude to decriminalized abortion but the source of sexual havoc that has created many of the challenges we confront today. The gifts of God were never meant to be regulated and purveyed as nothing more than animalistic pleasures to be enjoyed at will.

Clearly, after more than 60 million-plus dead children we could all learn a few things about the reasons why contraception not only leads to abortion but invites it into the bedroom.

The thread that connects heretical Catholics like Pelosi to the tragedies of contraception and abortion are unmistakable. Yet few are willing to acknowledge the facts and teach them.

We know there is only one road back to moral sanity in our nation, and that road is paved with the honest truth.

As pro-life Americans, we are obliged to lead the way. Lives and souls are at stake.