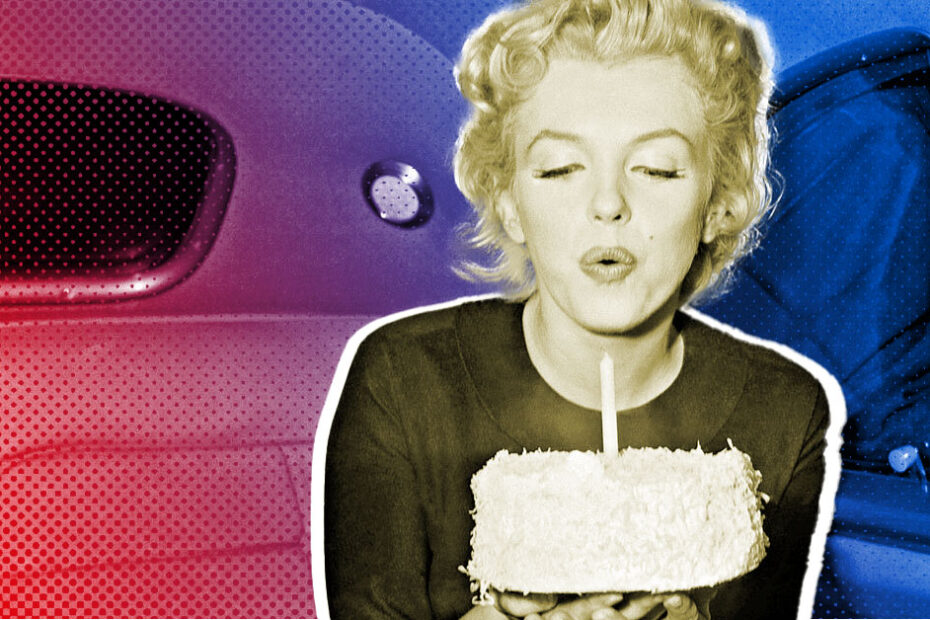 Norma Jeane Mortenson was born in 1926, grew up to become the famous actress Marilyn Monroe, and tragically died in 1962 from drug overdose. To say that she had a troubled life is an understatement, and yet even all these years after her death, the vitriol and the deceptions about her persist.

FICTION: In real life, Marilyn Monroe never had an abortion, but who is checking the facts? Certainly not those who are constantly on the attack when anything, even a movie, provides a hint of truth to the scientific fact that a preborn child is a human being.

Case in point is Blonde, the recent Netflix movie about Monroe’s life. Planned Parenthood is upset because they say the movie stigmatized “people’s health care decisions.” They are upset, of course, because the movie portrayed a preborn baby who was upset at the idea of being “killed in the womb.”

In the film, the fictional Monroe talks to her preborn baby, and that is enough to send pro-aborts over the moon, but who could possibly be surprised by this? After all, when abortion is the source of most of a company’s income, corporate executives naturally become upset when truth makes an appearance.

But here is the truth about that movie. Director Andrew Dominik explained to the media that while Monroe never actually had an abortion she did suffer three miscarriages, including an ectopic pregnancy. Her actual difficulties with carrying a baby to term were attributed to a severe case of endometriosis. So why is this fact so hard for the public to accept?

In the movie, Monroe talks to her preborn child, but Planned Parenthood was not entertained. As a matter of fact, Caren Spruch, Planned Parenthood Federation of America’s national director of arts and entertainment engagement, blasted the film, blaming the dialog on “antiabortion zealots.”

She continued, “As film and TV shapes many people’s understanding of sexual and reproductive health, it’s critical these depictions accurately portray women’s real decisions and experiences.”

But Spruch has an agenda that includes depicting abortion as a good idea and the baby as the enemy. Her organization’s bottom line grows because of abortion, not because of truth.

Abortion has dire consequences, not the least of which is death for the baby. This is why anytime a preborn child is depicted in her actual reality the abortion cartel has a fit! But for me, the Monroe biopic depiction of the baby reminded me of Dr. Bernard Nathanson’s excellent video The Silent Scream.

In Nathanson’s day, it was admirable to help people understand what happens during an abortion, but today the opposite is true. Spruch is simply mouthing the pro-abortion party line.

My guess is that Spruch despises truth. In my review of Planned Parenthood’s gruesome response to Blonde, I saw a few rather harsh words used. For example, the depiction of the baby is described as “false images.” The abortion giant claims, “Every pregnancy outcome—especially abortion—should be portrayed sensitively, authentically, and accurately in the media.” OH! But we suppose that means that when the baby is depicted, she is somehow not there? Surely Planned Parenthood has been sipping rancid Kool-Aid.

But the most outrageous of Planned Parenthood’s words are these: “While abortion is safe, essential health care, anti-abortion zealots have long contributed to abortion stigma by using medically inaccurate descriptions of fetuses and pregnancy.”

Considering the truth that the pro-abortion house of cards stands on the sands of deception, we are not shocked by Planned Parenthood’s tremors, but we are also grateful that someone in Hollywood had the moral courage to tell the truth about Norma Jeane Mortenson and her tragic life.

We pray for Marilyn Monroe’s soul, knowing that she likely took her own life.

We also pray for all those who are witnesses to the truth and deny that it exists. The greater sadness, we suggest, falls upon those who refuse to respect one woman’s story because it fails to match their narrative. If that is not evil, what is?