Home » News » A Pound of Flesh

A Pound of Flesh 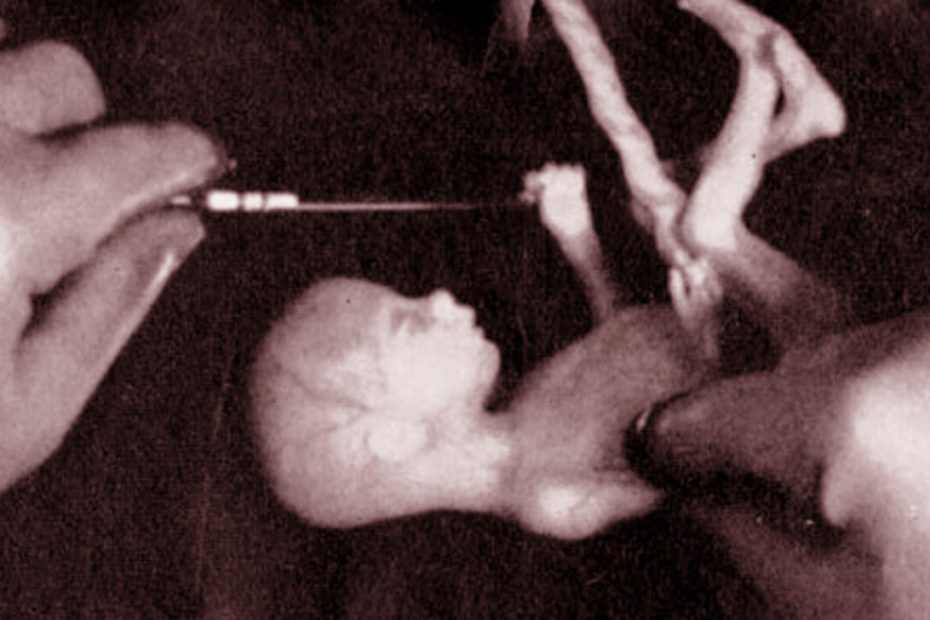 The origin of the phrase “a pound of flesh” is Shakespeare’s Merchant of Venice. The character Shylock demands payment for a loan, causing Portia, who is making the final judgment in the matter, to say to him, “Take then thy bond, take thou thy pound of flesh.” Of interest in the scene is that she specifies to Shylock that he may have flesh but not a drop of blood.

Today, the phrase means “a payment or penalty exacted to fulfill a deal or punishment” and makes no mention of whether or not that may include the spilling of innocent blood. This is a point that makes one shudder in view of recent news involving fetal experimentation at the University of Pittsburgh. What creates an even greater offense, if such a thing is possible, is that the harvesting of body parts from preborn children occurs in many cases while their hearts are still beating.

The university claims it is has done nothing wrong, and the federal government appears to concur! How can this be?

At first glance, one might say this is unimaginable, but David Daleiden of the Center for Medical Progress caught the entire sordid stream of events on video. It is six minutes of reality that will sicken you, that is if you have a conscience. To see and hear firsthand the horror of such practices—including preborn baby scalps being transplanted to lab rats—is enough to make the ethical person weep. In addition, these experiments are occurring with funding from Dr. Anthony Fauci’s National Institute of Allergy and Infectious Diseases. This means that we—the United States taxpayers—paid for these horrific experiments.

Yes, it is reported that nearly $3 million in federal funds was used to “build an organ pipeline” at the University of Pittsburgh. In fact, this current exposé indicates that the research has been going on at Pitt for more than seven years and may not cease even with the exposure these latest events have created.

This is so because fetal tissue research and experimentation is a huge business, and it has existed in one form or another since the 1920s. While the experimentation began in Europe, it quickly spread to the United States, with the first fetal tissue transplant occurring in 1939 “using fetal pancreatic tissue in an attempt to treat diabetes.” This research and subsequent attempts failed, but the research continued. Each time a transplant of fetal pancreatic tissue was attempted, up to 24 preborn babies were required per transplant. The history of this unstable research protocol will make your head spin, especially when we learn that millions have been treated ethically and successfully with adult stem cells.

Sane science seems to work so much better than that which requires a pound of flesh from the innocent targeted for termination by their mothers.

But the purveyors of death will never learn. The Alan Guttmacher Institute—the independent research creation of Planned Parenthood—suggests that fetal research has become a “weapon and a casualty in the war against abortion.” Of course it does not tell us that its supporters and their ilk are waging a bloody war on babies with a death toll of more than 60 million and counting.

The practice of using baby body parts from those babies yet alive as well as newly dead continues to be part of the federal government’s agenda as well as that of many university laboratories.

When it will end is not clear, but as these practitioners continue to exact their pound of flesh, we cannot help but think of them as barbarians, recalling these words of Archbishop Fulton J. Sheen: “The barbarism of the new era will not be like that of the Huns of old; it will be technical, scientific, secular, and propagandized. It will come not from without, but from within, for barbarism is not outside us; it is underneath us. Older civilizations were destroyed by imported barbarism; modern civilization breeds its own.”

Never cease to work against that which our civilization has bred, remembering that those who exact their pound of flesh today will eternally be reminded of their brutality.

The Use of Fetal Tissue in Research

By William Lawyer Since early in the 1900s, tissue from preborn babies has been used in research, experimentation, and medicine. For most people, though, very…

Read More »The Use of Fetal Tissue in Research

By Judie Brown The era of societal loathing of all things just and good is increasingly becoming more inhumane. We know that this national contempt…