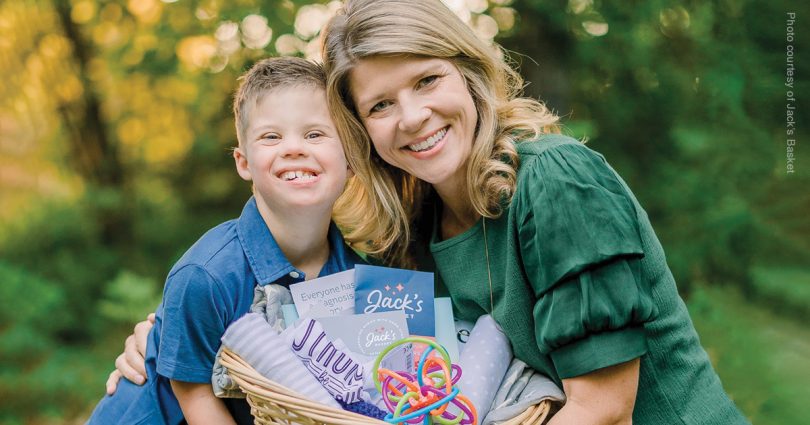 Down syndrome is the most common chromosomal condition diagnosed in the United States, but since the start of widespread prenatal testing, the nation has experienced a 33% decrease in the number of babies born with the condition.1 Oftentimes women feel overwhelmed and afraid when they discover that the child they are carrying has Down syndrome, and many make the tragic decision to abort.

Jack’s Basket is a nonprofit organization that not only wants babies with Down syndrome to be born. It wants them to be celebrated.

In March 2013, Carissa Carroll gave birth to her second child—a baby boy named Jack. She had had a normal pregnancy, and since her four ultrasounds showed no abnormalities, she chose not to go through any prenatal testing. During labor, Jack’s heart rate dropped suddenly, and Carissa’s doctor decided to do an emergency C-section. Her husband, Chris, was not permitted in the operating room.

While Carissa was still recovering, the nurse practitioner introduced Chris to his son. “Are you aware of Trisomy 21?” she asked. Chris shook his head, confused. “Were you aware that he could have Down syndrome? We think he does, but we’re still running tests.” Without giving Chris any additional information, she left the room.

When the nurses finally brought Carissa back to her room, Chris was holding Jack. “They think he has Down syndrome,” he told her. Carissa’s eyes filled with tears as she wondered what the future would hold for her family.

To read the remainder of this article, visit clmagazine.org/topic/human-dignity/jacks-basket-celebrates-babies-born-with-down-syndrome.