Indian author and activist Pinki Virani has been given a national award for her book Bitter Chocolate: Child Sexual Abuse in India, which ripped the lid off the extent of this secretive crime in Indian homes across class and gender (40 percent of girls and 25 percent of boys under 18 are sexually abused, 50 percent of this horror being perpetrated upon them in their own homes or by adults in position of the child’s trust). She has assisted on the laws against sexual abuse.

Her fifth book, Politics of the Womb: The Perils of IVF, Surrogacy & Modified Babies, is a meticulously detailed work on the hormonal-medical violence being benignly showered on women the world over by “fertility fairies, even though their failure rate is 75 percent.”

This “worldwide onslaught on the woman’s womb in the name of a child” is “reducing good men to not even realising that they are condoning reproductive slavery.” For Politics of the Womb, Pinki Virani also sought out answers from global experts in the field – from Australia, Canada, China, Denmark, Europe, India, Israel, Sweden, United Kingdom, and the United States – who share information which could be used to make informed choices, but which is being hidden from those seeking artificial assistance to further their bloodline – that there is risk of deadly diseases, deformities and disorders.

Pinki Virani: Work started on the bill to ban commercial surrogacy in India in 2016. It passed the house of elected representatives (Lok Sabha) and went to the house of elders (Rajya Sabha). The RS recommended the bill to a Parliamentary Standing Committee to which stakeholders were invited.

I was among them, and it was fascinating to watch several people make the case for wanting to continue to plunder a woman’s body and pump her up with hormones and then cut her open and sell this birth-mother’s baby to another set of people who lay claim only on the basis of their genetic greed.

I understand people wanting to have babies of their own with their own genes; what is baffling is why they feel they should exploit others in third-party reproduction. It really can’t be about the money; how much money would they be willing to give women whom they don’t see as the “other”? Their own mothers, wives, girlfriends, sisters, for instance?

And this is what commercial surrogacy is all about the world over, right? The woman has to be the “other,” even though she is birth-mother. Oftentimes egg-mother too; which means this is a mother being forced to sell her baby in a market, to another set of persons buying that baby, and an entire fertility industry in the middle brokering this baby-bazaar.

The Parliamentary Standing Committee made its recommendations; the Bill went through some changes, it was re-passed in the Lok Sabha. All that had to be done was move it to the Rajya Sabha since general elections had been announced. It’s a matter of picking up a file from one place and entering it officially into the records of another. Mysteriously, that short distance was not travelled and the bill was allowed to lapse.

When Prime Minister Narendra Modi’s government came back to power, a new bill was introduced in the Lok Sabha and passed by it. Most unfortunately, a flawed clause – that “close relatives” could be availed upon to be altruistic surrogates – was not amended and the Bill looked as though it was all set for another round of failure. It took very long to get to the Rajya Sabha where this clause has, justifiably, been brought up as there is no definition of it.

Interestingly, the patriarchy prevailing in the ruling party itself had members standing up to want “the woman to have more than one child” and “those who are also Indian origin, living abroad, should be allowed.” (Another matter that the countries these people of Indian origin live in and hold passports of, might not allow surrogacy, thereby encouraging them to break that law.)

The Opposition had some other points in the Rajya Sabha; again interesting in that some of them viewed “infertility” as a “disease.”

When did infertility become a disease? Is it communicable? Does anyone die of it? For this I squarely blame the United Nations and the World Health Organization, and then Big Pharma of which Big Fert is a part.

Now the Bill has been sent off to Parliament’s Select Committee. A report has to be given by them by end-February. Let’s see what happens after this, if Prime Minister Modi and his health minister Dr Harsh Vardhan are supported by their own party.

Let’s see if the Prime Minister is able to walk his talk when it comes to empowering women; it takes a strong man, with the courage of his convictions, to be able to stand against such an organised, well-heeled industry which uses science as a shield.

The IVF and surrogacy industries seem to have a lot of influence with politicians.

This would be true for wherever in the world surrogacy flourishes, wouldn’t it? After all, this repro-fert tech reaches developing countries in the same manner that bad medicine is dumped upon the Third World, right?

Define “lift,” define “poverty,” and then quantify how much money. For example, in the UK and also Canada – which have public healthcare systems – if I am not wrong (I repeat, if I am not wrong) British and Canadian women are becoming surrogates and delivering babies for all-sorts – who aren’t citizens of that country – at the expense of the British and Canadian taxpayer. Note, their countries don’t allow commercial surrogacy but hide under the fig leaf of “altruistic” surrogacy where “expenses” are paid to the women.

Baffling how “altruistic” and “expenses paid” come in the same sentence when it comes to surrogacy and also other forms of third-party reproduction. It should be “sold sperm,” not the factually incorrect “donated sperm” whenever sperm has been paid for, no matter the amount.

Do these “expenses” lift these obviously un-rich British and Canadian women out of the circumstance which makes them agree to sign on the dotted line to be human guinea pigs for more than nine months?

What about the commissioning parents? Many of them have tragic stories of multiple miscarriages.

Please read Politics of the Womb where experts talk about how “miscarriages” can happen because the man’s sperm is the factor and what can be done to make it more of a baby-maker.

Please also read the same book for how many cycles of IVF are required by any kind of mother – the genetic, the birth, the both as in the biological package of what most of our mothers are – and how many “miscarriages” take place.

I honestly think it’s unfair on the part of society to make those who want to be parents carry the burden of the social construct of “tragic” in the same phrase as “miscarriage” because they didn’t or couldn’t or were not programmed to, make a baby. And let’s not forget, such terms wind up making women feel very bad about themselves; such guilt even destroys their marriages.

Some feminists argue that surrogacy is actually an expression of a woman’s autonomy and that they should be allowed to use their bodies as they like. As a feminist, how would you respond to that?

I am not a feminist, I am a fe-men-ist because I believe that if men are going to be branded as part of the problem then they are also part of the solution. I, actually, agree with those who say a woman should be able to use her body as she likes though I doubt if they mean baby-trafficking.

There are also those – women and men, bless the latter especially! – who feel that if a couple cannot have a baby for whatever reason, it’s not the end of anything and therefore surrogacy – commercial, altruistic, “compensated” – should simply be banned from the world. I wonder if the UN or any politician of any Western country (because this is where the demand rises and it expects a supply) has the guts to stand up and say s/he agrees with these people from Europe.

Pinki Virani’s latest book, released internationally, is Politics Of The Womb: The Perils Of IVF, Surrogacy & Modified Babies in which she presents global proof, backed by world experts, on the real risks of artificial reproduction and the dangers of aggressive IVF on both the intending mother and her baby.

This article has been reprinted with permission and can be found at mercatornet.com/features/view/india-continues-to-struggle-with-surrogacy/23140.

Pinki Virani is the India-based author of five bestsellers, two of which – Aruna’s Story: The True Story Of A Rape & Its Aftermath, Bitter Chocolate: Child Sexual Abuse in India—have assisted in the bringing of national laws on passive euthanasia and the protection of children against sexual abuse. Virani’s latest book, released internationally, is Politics of The Womb: The Perils of IVF, Surrogacy & Modified Babies in which she presents global proof, backed by world experts, on the real risks of brute-forcing artificial reproduction and the dangers of aggressive-IVF on both the intending mother and her baby. 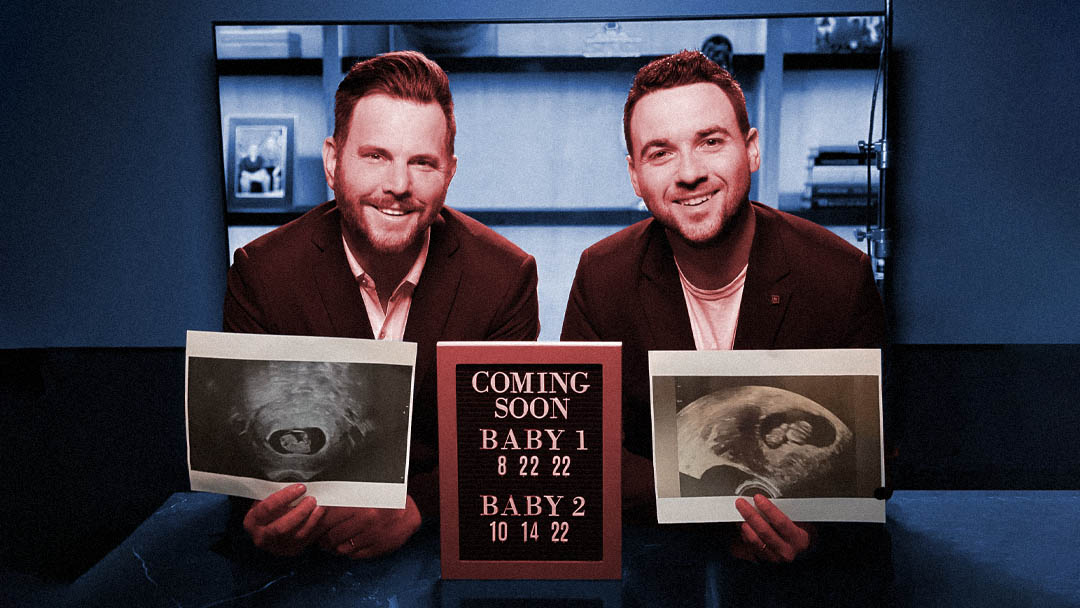 Denying the Rights of a Child

Read More »Denying the Rights of a Child 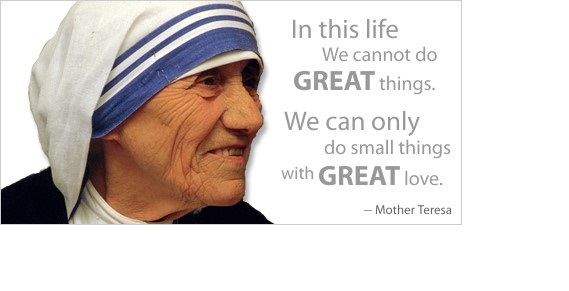 The Love of St. Teresa of Calcutta

This weekend, we will celebrate the feast day of a woman who spent her life caring for the poorest of the poor. Born Gonxha Agnes,…

Read More »The Love of St. Teresa of Calcutta

By Judie Brown We know through science and faith that every human being is created in the image and likeness of God. We know this…

Read More »Why Does American Life League Use the Phrase ‘From Creation to Death’ When the Catholic Church Uses “From Conception to Natural Death”?