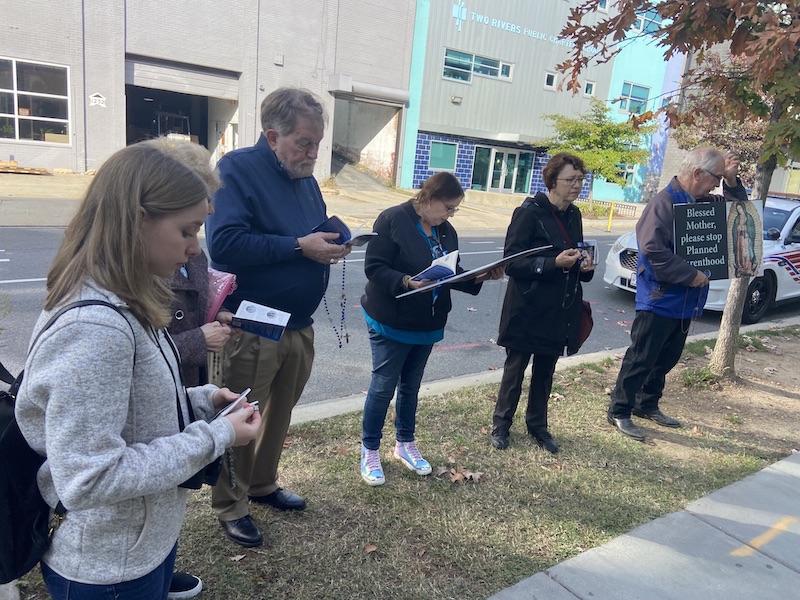 Its evil presence hangs heavy over the neighborhood like the monster it is. Planned Parenthood’s $20 million, 27,000 square foot abortion mega-center in our nation’s capital stands as a stark reminder that abortion is still sanctioned and protected—even in the shadow of the Dobbs decision that emanated from the nearby Supreme Court, a mere 10-minute drive away. Dobbs negated a bogus constitutional right to abortion that had stood for almost half a century, allowing the killing of over 63 million American children before sending abortion legislation back to the individual states.

Even though the District of Columbia is not a state, Planned Parenthood had anticipated the overturning of Dobbs. As the 2019 Planned Parenthood Metro Washington annual report shows, Planned Parenthood has been hard at work for years making sure legislation was enacted that would enable it to carry on its abortion business unfettered. Today, it continues to work on gaining state status for DC in order to ensure abortion access in the future.

Because Planned Parenthood laid the groundwork before the Dobbs decision came down, it was the bloody business of abortion as usual in our nation’s capital on October 12, 2022, as we gathered to pray. Young women were dumped off from cars that barely paused near the doors, even as little schoolchildren were marched in lines from an adjacent school in the direction of the imposing building—a stark reminder that PPMW kills on average a classroom of children (18) daily, seven days a week, in its monstrous facilities. In close proximity stood two churches—the elephants in the room. The churches are so nearby, but no one was there to defend the babies and help the moms except our staff and friends, while Planned Parenthood operates unfettered. Business as usual.

We were there to pray the rosary, defend the moms and babies, and offer help, with pictures of Our Lady, rosaries in hand, and prayers on our lips. We were also marking the third anniversary of ALL’s Marian Blue Wave and the official launching of the Marian Surge, ensuring that 10,000-plus prayer warriors are committed to the spiritual battle to stop Planned Parenthood and to stop abortion, with a focus of praying onsite at all Planned Parenthood facilities.

Under the watchful eye of area police, our prayers and those of our prayer partners penetrated the walls of the monstrous building and ascended all the way to the killing rooms. This we know: Those children knew we were there praying for them, and those who wielded the surgical instruments and rolled out the abortion pills shuddered in the presence of Our Lady and the rosaries that were being prayed as they felt our prayerful presence. Their barricading the doors from inside when we arrived at the scene offered no barrier against the power of the Holy Spirit that descended on that building. We know that God was predisposing the Planned Parenthood staff to leave and never look back. Our continuing prayer is that they will heed that invitation, repent, and do no more harm.