Home » News » Adventures with Gabriel: One Teen, Two Triathlons, and the Cobb family’s ‘Little Something Extra’

Adventures with Gabriel: One Teen, Two Triathlons, and the Cobb family’s ‘Little Something Extra’

As a homeschooling mom always on the lookout for wholesome activities to keep her children active and minimize their screen time, Lori Cobb found endless ways to engage her children in the outside world. A significant activity for her son Gabriel has been his participation with the HSTri Club—a club she signed him up for hoping he would get some exercise. HSTri Club is a St. Louis-area club of about 50 high schoolers and coaches who train together for local triathlons—competitions that consist of a swim, a bike ride, and a run, usually in that order.

No one in the Cobb family was very athletic by nature, and, from the beginning, Lori found herself in situations a bit beyond her comfort zone, not only as an individual, but also as a mom. Lori and her husband Thomas were not the type to drop Gabriel off and leave others to do the extra work that may come with teaching him a new skill, as Gabriel isn’t a typical 17-year-old boy. He was born with Down syndrome, medically termed trisomy 21 because there is an extra copy of the 21st chromosome.

That explains why these not-especially-athletic, 50-something-year-old parents found themselves loading their son and three bikes into the family van one cold, wet Sunday afternoon in early April and venturing out into the 38-degree drizzle for a bike ride. “Thomas and I looked at each other,” Lori recalls, “and said, ‘We have become the crazies.’”

If crazy is as crazy does, though, perhaps the world could learn a thing or two from the Cobb’s adventures with Gabriel.

We have a son

Lori had neither a premonition nor foreknowledge about their future with Gabriel during her pregnancy at the age of 40, but for Thomas, it was a different story.

After the nurses had whisked newborn Gabriel away to do all the things neonatal nurses do after delivery, Thomas looked at Lori and said, “We have a son.”

“Oh,” said Lori. Despite her postpartum daze, this much she already knew.

Thomas’ throat tightened. “And he has Down syndrome.”

“Oh. Okay.” Lori hadn’t had any advance testing done, so this was how she first learned of the diagnosis that would color the rest of her life.

Then Thomas told her that, just the night before, he’d had a dream that they had a son who had Down syndrome. It was a very peaceful dream, he said. He went on to tell Lori about a young boy he had recently met. About a month prior, while on a business trip, he’d met a man who was the father of a son with Down syndrome, and the two men had had a short conversation about it. “It’s been the biggest blessing we could have ever had for our marriage and for our family,” the father admitted. And then out of the blue, he’d asked, “Would you like to meet my son?”

It certainly wasn’t your typical, new acquaintance kind of invitation, but Thomas agreed. The two men drove together to his home, Thomas met his son, and that was that.

At Gabriel’s birth, Thomas felt as if the wind had gotten knocked out of him, and he couldn’t breathe. Immediately he knew that he, too, was now the father of a son with Down syndrome.

You have to teach him

Before they had much time to reflect on this diagnosis, a neonatologist stormed into the room. “You’re 41! You have a child with Down syndrome. I guess you may have expected that. Do you have any questions?” Lori had not expected a child with Down syndrome, but rather than take offense, she and Thomas took the opportunity to learn what they could right then. They already had two daughters, Amalie and Olivia, ages 10 and eight, but Gabriel’s birth presented them with a whole new set of parenting challenges.

“How do you determine if he’s going to be high-, mid-, or low-functioning?” Thomas asked.

It was abrupt, but Thomas appreciated the straight talk. “Thank you,” he said. And then she left.

“Okay,” he turned to Lori. “We’ve got the ball. Let’s take it and run with it. Let’s see where this goes.” And that is exactly what they did.

When Gabriel was around three, they enlisted the help of a counselor with the National Association for Child Development, and, for 10 years, they met with her every three months. She would write up a program encompassing physical, cognitive, and even diet regimens, and they would go home and implement it. They called it Gabriel’s “private school,” and Lori recalls that their counselor was as “hard as nails” with them.

“Do not compare him to other people with special needs,” she would say. “I want him compared to typical kids. That’s where the bar is, and that is what you must shoot for.” And they did. Sign language for “Mama,” “Papa,” or “drink” would not cut it. Gabriel was expected to learn words, then phrases, and then complete sentences. He learned to read, to swim, and to ride a bike. He learned to play basketball, baseball, volleyball, and—the mainstay of any well-run home—to do chores (which he was expected to complete). The family was musical, too, and Gabriel began early to learn to play the piano. He also loves to pray, Lori notes, and he mostly learned to read by going through daily prayer readings.

Certainly it was hard, and everyone in the family felt times of frustration, especially Gabriel. But Lori also found herself marveling as she watched Gabriel’s brain function in what can only be described as cerebral slow motion. And tedious though it may have been, step-by-step, skill by skill, Gabriel grew and developed. To this day, Lori says, she has a Rocky Balboa moment every few days because an accomplishment for Gabriel is truly an accomplishment!

At times, there was the temptation to just let him play or watch something on a screen. “People are attracted to Gabriel,” she says, “and they want to visit with him for about five or 10 minutes. Then they realize it’s a little more challenging than they had anticipated, so they want to start handing him screens.” She doesn’t say this judgmentally, but points out that Gabriel needs to be kept engaged with people and activities in order for his brain to operate properly. It doesn’t retain information as well as the typical brain, and if it isn’t continuously stimulated to function as a whole unit, it would be easy for Gabriel to zone out and digress into some kind of stim pattern. “Stimming” is shorthand for self-stimulatory behavior and includes such things as rocking, repeating sounds, or chewing on fingers.

So, with the help of his family, Gabriel grew into an engaged, fun-loving kid who, by age 17, had competed in Special Olympics volleyball and basketball, participated in a youth group, volunteered twice a week at a local senior center, and regularly served Mass at church.

“He needs to do the full sprint course”

Coach Dan would have none of it. “No,” he said, “Gabriel can do that now. He has six more weeks to train. He needs to do the full sprint course.” Lori relented, and Gabriel began to train.

TriZou takes place on the University of Missouri’s campus, which is very hilly, so in addition to training with the team, Gabriel had to learn how to shift gears amid hundreds of other bikers while also dodging the occasional pothole. He managed it all, and on May 6, 2018, Cobb family history was made as Gabriel became the first member of his extended family to complete a full-course triathlon. He finished in two hours and 20 minutes with the companionship of (but no special accommodations from) assistant coach Matt Curry.

Next came the St. Louis Triathlon. They had only two weeks to prepare, and this one would present new challenges. It had almost twice as many entrants, which meant bigger crowds to navigate. More importantly, the swim portion was almost twice as long and took place in a lake, rather than a pool. Gabriel was not accustomed to swimming in a lake, but they were able to get a few lake practice sessions in, and when Gabriel and Coach Dan approached the finish line amid cheers of “Go Gabriel! Go!” there was a whole-community Rocky Balboa moment with hardly a dry eye to be found. Their time came in at two hours and 45 minutes.

“If every family had a Gabriel”

Lori reflects fondly on Gabriel’s first triathlon season and makes some poignant observations. At the conclusion of a race, or after a training session, many of the other athletes want to meet Gabriel. Often, they would start talking about how they became a triathlete. For some, it was part of their recovery from addiction. For others, it was a way to overcome some struggle or pain. Many of them were drawn to Gabriel, Lori believes, because of his childlike innocence, as if simply interacting with him had some kind of healing effect. Of course, Gabriel was completely oblivious to it all, which only added to the effect, as he accepts people just as they are, happy to have new friends.

When Gabriel was about 15, the Cobb family befriended an adolescent boy, slightly younger than Gabriel, who had spent some time in foster care and had suffered a lot of hurt in his short life. “You know,” he said to Lori one day in an old soul kind of voice, “if every family had a Gabriel, our world would be so much better.”

Lori hopes and prays that, like this young boy and like Gabriel’s fellow athletes, people will see what a gift Gabriel is—and indeed what a gift every human being is. Yes, parenting him can be difficult, but she smiles as she talks about him and repeats, “He is just such a gift.” A friend found a T-shirt for Lori one Christmas with a picture depicting Down syndrome as “a little something extra.” Lori has adopted that phrase because she’s confident that if people take the time to get to know individuals with Down syndrome, they would come to love them too, and the world, indeed, might just become a better place.

This article, and others like it, can be found at clmagazine.org/topic/human-dignity/adventures-with-gabriel-one-teen-two-triathlons-and-the-cobb-familys-little-something-extra.

Terrell Clemmons is a full-time wife and mother of three, and a part-time freelance writer from Indianapolis. She also writes for Salvo and The Lookout magazines. She can be reached at TerrellClemmons.com. 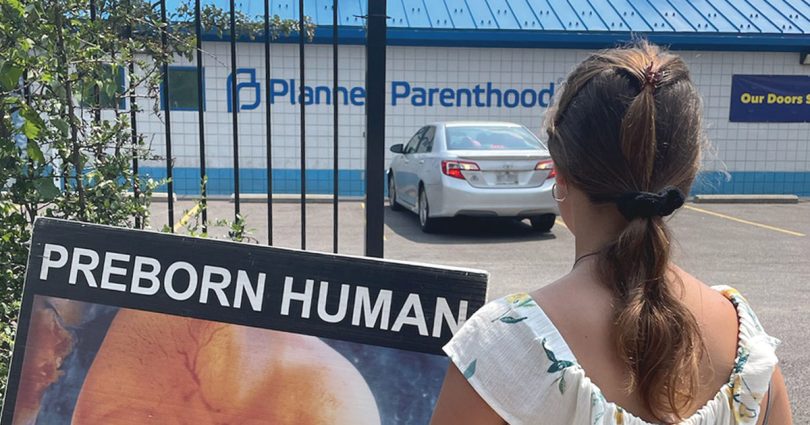 Pro-Life Teen Inspires with Her Advocacy

By Jake Ciancio Eighteen-year-old Rachael Vance fights for the voiceless every day and has done so for most of her life. Her involvement in the… 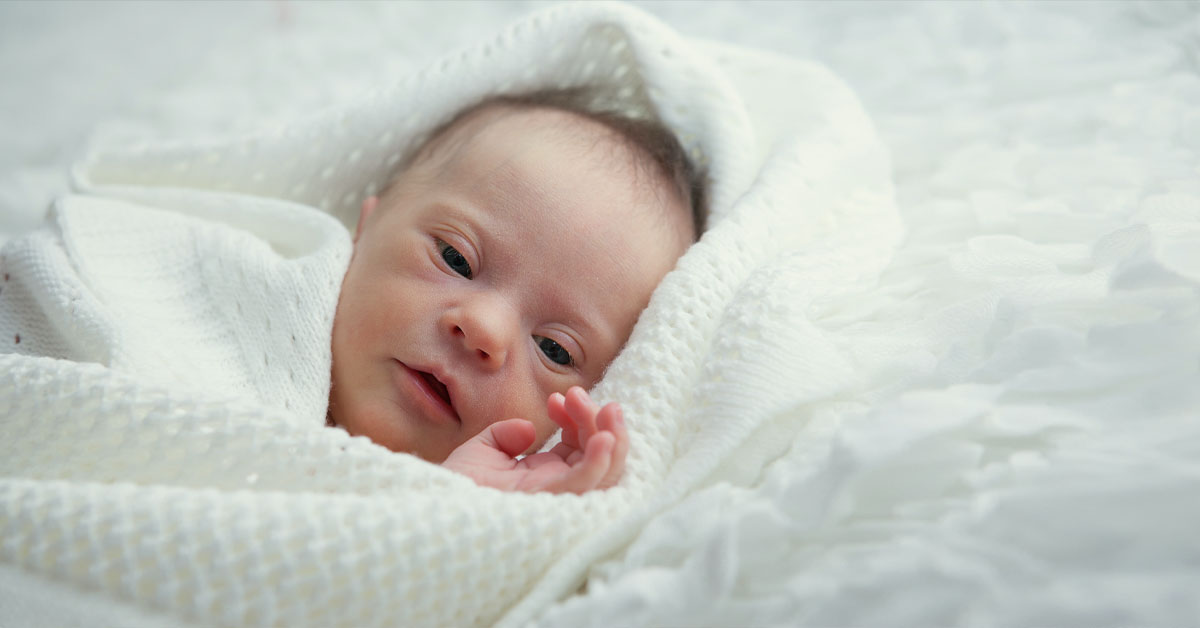