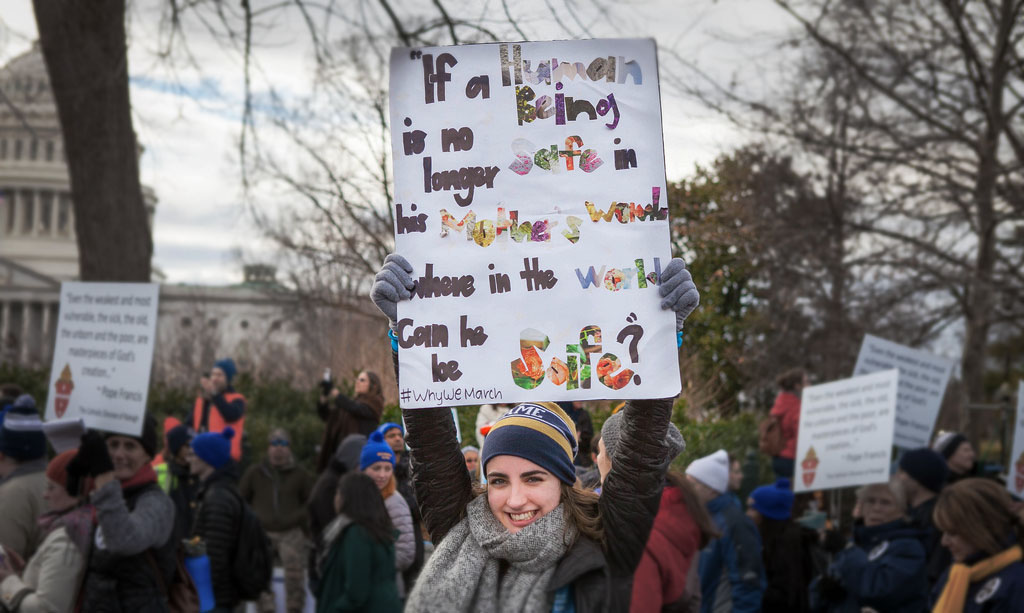 Birth control methods are dangerous, but one in particular has proven to be especially so. It is called Essure, and it’s defined by the manufacturer as

a permanent birth control procedure that works with your body to prevent pregnancy. During the Essure procedure, a soft, flexible insert is placed into each of your fallopian tubes. Over the next three months, a barrier forms around the inserts. During this time you must continue using another form of birth control to prevent pregnancy. This barrier, which is made of scar tissue, helps keep sperm from reaching the eggs so pregnancy cannot occur.

Essure is now under fire and not for the first time. Women who have had Essure implanted have suffered from side effects such as “autoimmune disorders, organ perforation, bleeding, pelvic pain, headaches, ectopic pregnancy, cramping, metal allergies, hair loss, need for more surgeries.”

In other words, the implant is not safe for women and surely not for preborn babies. In fact, the very liberal, not at all pro-life website Salon published a revealing article entitled “How Corporations Get Away with Making Medical Devices That Hurt Instead of Heal.” Regarding Essure, the article quotes award-winning producer Amy Ziering, who has investigated big pharma, including Essure victims. She states:

People don’t even know how to analyze what’s going wrong with them, and companies can exploit that. If you’re having these bizarre autoimmune reactions, and you are getting diagnosed with Parkinson’s, as in the case with the hip implants, or hysteria, as with most of the Essure women, or told you are Latina so you bleed a lot. You don’t know. You haven’t gone to med school. You don’t connect it to the device.

READ >>  CLM Book Review: 'This Is Your Brain on Birth Control'

The business magazine Forbes detailed the victory of the women who actively worked to get Essure taken off the market, but it did not cover support for the efforts of these women by the abortion profiteers of America.

So with all the hoopla over the latest scandals involving Essure, which resulted in pharmaceutical giant Bayer’s decision to finally stop selling it, I ask you this: Where have all the women’s rights groups been, especially those yelling about the Trump administration’s “war on women”? There is a real ongoing war on women caused by these devices and chemicals of every kind. Why isn’t Planned Parenthood working with the victims seeking justice for their suffering, whether caused by Essure or any number of such products?

The simple answer is that it does not profit organizations committed to marketing birth control as the gateway to their surgical abortion business to take any action that might call their agenda into question. In fact, such groups are themselves waging war on women!

According to an ABC news article that reported on statistics that Congressman Mike Fitzpatrick told the public two years ago, “Data shows 303 ectopic pregnancies and fetal deaths among Essure users, while the FDA reports 5.”

Did you know this? Of course not. Yet now, more than two years later, perhaps justice will be served—at least when it comes to one harmful, deadly birth control device.

But sadly, the womb wars will continue because preborn children are not recognized as deserving of justice in our nation—and apparently neither are their mothers!

This is why we fight.

This is why we teach the truth.

This is why we will persist until there is justice—total and absolute for every single preborn child from his biological beginning onward.

You see, this war is not confined to the womb. This war affects every preborn child. It affects, harms, and debilitates each of us! The poet John Donne was right when he said: “Any man’s death diminishes me, because I am involved in mankind, and therefore never send to know for whom the bells tolls; it tolls for thee.”

Fight on! Stop the war on babies—both born and preborn.