Why the Pro-Life Movement Must Also Reach Out to Men

Home . Publications . Why the Pro-Life Movement Must Also Reach Out to Men 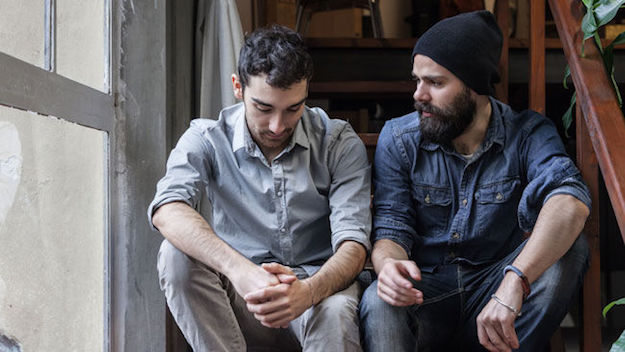 Why the Pro-Life Movement Must Also Reach Out to Men

By Walter B. Hoye II

These are facts, which are both indisputable and indispensable to human life on Earth. When it boils down to physically bringing a baby boy or a baby girl into the world, it is the woman’s body, not the man’s body, that God has created to bring new human life into the world. So it is understandable that when the discussion is about abortion, abortion on demand, Roe v. Wade, or even Planned Parenthood, the focus is on women. However, it is also a fact that men are intimately involved in this equation.

So when the discussion is about the heartbreaking reality of abortion, abortion on demand, Roe v. Wade, or even Planned Parenthood, men, who are a necessary part of the reproductive process for human beings, not only have a place at the table, but a voice that should be heard. While we must continue to focus on meeting the physical and emotional needs of women, we must also recognize that men, in their own way, suffer as well as women in the aftermath of abortion.1

Since the Carnegie Stages of Early Human Embryonic Development was first published in 1942,2 medical science has made it clear, that when the man’s sperm and the woman’s egg occupy the same space, the woman is a mother and the man is a father. While men respond very differently to abortion than women, men are nevertheless impacted by the loss of the child. So as the pro-life community compassionately builds programs to minister to women who have suffered the physical and emotional pain of abortion, the same pro-life community should also reach out to the men as well, with programs specifically crafted to meet their needs.

How can this be done?

“Reaching Men Matters” is an Issues4Life Foundation PowerPoint Presentation that explores this issue in light of my experience as a sidewalk counselor in Oakland, California, talking with men involved in an abortion.3 The presentation is designed to start discussions that lead to effective pro-life outreaches to men and can be freely shared.

References:
READ >>  The Babies Need Action, Not Another Poll