Home . Publications . Why Does American Life League Use the Phrase ‘From Creation to Death’ When the Catholic Church Uses “From Conception to Natural Death”? 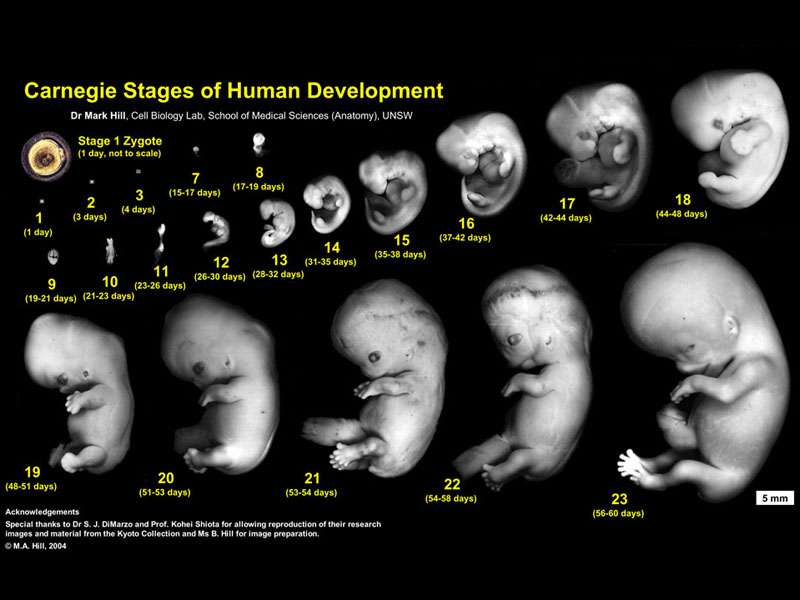 We know through science and faith that every human being is created in the image and likeness of God. We know this because a human individual exists from the first single stage of his life, which, according to the Carnegie Stages of Human Development, is a three-part process. The very start of that process is the point of creation, also known as his biological beginning.

We also recognize the fact that the word “conception” has been twisted by politically correct and misguided intellectuals to mean another point in the beginning of the human being’s life, most usually the implantation of the human zygote into the lining of his mother’s womb. That event occurs seven to eight days AFTER his life actually began. In other words, “conception” is not accurate.

Furthermore, the very use of the word “conception” these days negates the humanity of every innocent preborn baby created through an in vitro fertilization process in a laboratory. And while we understand that IVF is an immoral process by which man puts himself in the place of God, we also understand that every innocent baby created through this process is a precious human being loved by God. We know this because every human being who exists—regardless of the process used, natural or not—lives by the grace of God and is His child.

In addition, the term “natural death” suggests that each of us dies in a natural way, and we know that this is not the case at all. People die in car accidents, as a result of serious disease, because of neglect, and in a myriad of other ways that would not be considered “natural.”

Moreover, in this age of assisted suicide, some state laws, including those in the state of Washington, require that a team of experts—medical examiners, coroners, and district attorneys—certifies that the death of the assisted suicide victim be deemed natural. Such twisted legalese creates an opportunity for the perfect crime.

Therefore, to say “from creation to death” is far more precise and cannot be as easily manipulated by the forces of death. And frankly, what we actually should say is that each of us is bound by God’s laws to respect the dignity of each human being from God’s creation until his death.

This article, and others like it, can be found at clmagazine.org/post/pro-life-basics-why-does-american-life-league-use-the-phrase-from-creation-to-death-when-the-catholic-church-uses-from-conception-to-natural-death.