Who Are the True Suffragettes?

Home . Publications . Who Are the True Suffragettes? 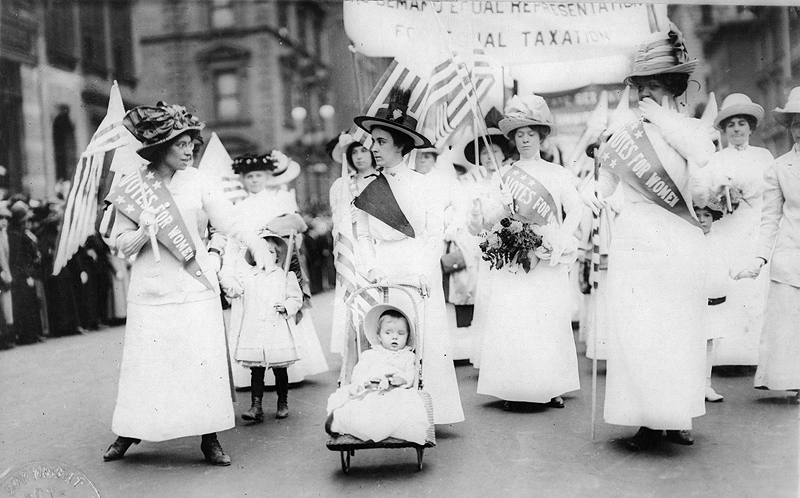 Who Are the True Suffragettes?

Last night, as I watched the State of the Union Address from President Trump, I noticed that a vast majority of the Democrat women in the crowd were wearing white. This made me recall the number of Hillary Clinton supporters who wore white to the voting polls and how Hillary dressed in all white on Inauguration Day. These women claim that they wear “suffragette white”—alluding to the early suffragist movement—to recognize women’s rights.

Never was the suffragist movement about the right to kill your child.

These Democrat women who proudly wear white also proudly support the destructive abortion agenda. These women are trying to act as if they are the next Alice Paul or Susan B. Anthony. But let’s be honest: Our suffragist heroes were 100 percent against abortion while being 100 percent for women’s rights.  Susan B. Anthony refused to ever let any advertisements for abortifacients in her newspaper The Revolution, while Alice Paul opposed abortion saying, “Abortion is the ultimate exploitation of women.”

Nancy Pelosi and other Democratic women leaders can wear all the white they want, but their white outfits will not hide the fact that they are blatantly failing women. They are failing the women who think that, because of their circumstances, killing their child through abortion is the only option. They are failing women by falsely claiming that empowerment comes from hormonally altering our bodies to be like a man.

When I look at their white outfits I see cowardliness. These women are too cowardly to defend authentic womanhood, so they wear white claiming to be like our suffragist leaders. Yet they are nothing like those valiant women who struggled and persevered to empower women and improve their lives.

Being 100 percent for women’s rights means you must be 100 percent for all women—both born and preborn. That’s why Life Defenders will always stand up and make our voices heard when we see this kind of deception.