Home . Publications . What Your Teens Don’t Know Can Hurt Them . . . and You 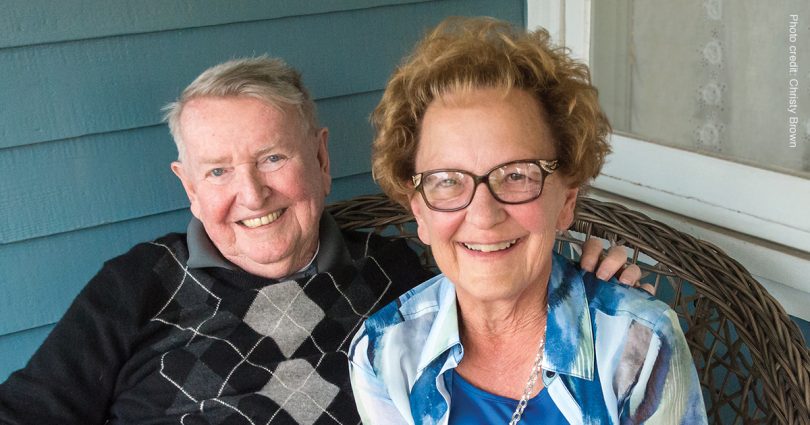 A year and a half ago, my 80-year-old father underwent emergency surgery for a ruptured aortic abdominal aneurysm where he had a less than 6% chance of survival. We all breathed a sigh of relief when he beat the odds and made it through surgery, but little did we know that, even in the comfort of a top-notch hospital with a “caring” staff, there would be a night that would forever change how we view healthcare.

A few days after surgery, without warning, his airways closed. Thankfully my sister and I had decided to stay with him and sent my mom home to rest. They had just given him an injection of a new medicine, and we thought he was going into anaphylactic shock. The staff on call disagreed. The healthcare professionals in the room argued while my father was suffocating. They debated calling his doctor. All the while I made my opinions very well known and demanded they “do something.” I asked, “Could epinephrine hurt?” A very annoyed respiratory therapist looked at me and said, “I told them to do that. . . . They never listen.” They left the room to talk privately, and my sister and I stood next to my dad in sheer terror. We talked to him, trying to get him to breathe slowly. He was tearing at the bed rails, gasping for each breath, his eyes rolling back in his head. Then came the on-call doctor—a resident.

“Who has his power of attorney?” he asked very abruptly.

“I need to know if we should intubate him if he stops breathing.”

I jumped in and said, “That’s considered ordinary care, and besides he has it in his file to use extraordinary means if necessary. Of course you should intubate him.”

He insisted intubation was considered a “heroic measure,” which he said was the proper term, according to the hospital.

“Call it whatever you want. He has a directive that says to keep him alive!” I was completely shocked that they were even asking the question.

So I continued, agitated, “We’re talking about a ventilator, correct? I’m pretty sure that’s not heroic or extraordinary or whatever you want to call it, but I don’t have his power of attorney. You’ll need to call my mom.”

So they did. They woke her up close to midnight and scared her half to death. But she made sure they knew my dad should be intubated if necessary.

It all turned out okay. They ended up giving him epinephrine and several breathing treatments. No intubation was needed. They calmed him down, and after a while he began to breathe normally again.

The following morning one of the doctors reprimanded my sister and me for “working up the patient” by asking so many questions in front of him. Funny enough, to this day he has no recollection of the entire incident, so I’m still unsure why they were so upset, except that I challenged their authority.

When it was over, I asked the resident why they didn’t just refer to my dad’s medical records. I know it’s in his file to use “heroic” or “extraordinary” care. His response: “Sometimes in the heat of the moment families change their minds.”

I’m still floored by the exchange. I will never know if we saved my dad’s life by just being there and asking the right questions. And I’ll never know if they would have just let him suffocate to death had we not been there.

On the plane ride home, I wondered about my own teens. They know the basics of euthanasia. They know that it’s okay to question doctors. They know we are living in a culture of death. But, really, would they know what questions to ask if my husband or I were in the same situation one day? Are they up to date on the ever-changing culture of death lingo that supports rushing death along in cases like my father’s? Do they know the difference between ordinary and extraordinary care? Do they know that not all doctors abide by the Hippocratic oath? The answer is no. Well, it was no. Now it is yes. Or it’s getting there. The conversation has been had and will continue to be had as they move through high school. I broke open our new study, Without Mercy, which was still in draft form, and we opened the door for regular communication about what is going on in the world. It’s a topic we’ve covered before, but it has to be repeated—over and over and over—just like every other important thing I need to have sealed in their growing brains.

It made me think about conversations I’ve had with both friends and acquaintances. Good kids from good families are swayed by the culture in certain instances. They have questions that deserve well thought out and accurate answers to help them navigate the murky waters they live in. How many confused teens thought Alfie Evans’ parents needed to just “let him go”? How many think it’s a good thing for Iceland to “eradicate Down syndrome” without stopping to think about what that means or how it would be accomplished? How many shy away from discussions on emotional topics like physician-assisted suicide? How many think it’s better to allow someone to die than to watch him suffer? And even if they fall on the right side of every one of these questions, can they back them up? Can they debate the truth? Our kids cannot be left to figure these things out on their own. The Internet is a dangerous place to go searching unguided for the answers to life’s questions.

Recently we heard from a teen who was searching for the truth about abortion on the Internet: “I used to consider myself pro-life, but now that I’ve researched the depth of this issue I cannot decide which side I am on.”

And then we received this from a pro-life teen in Virginia: “Euthanasia or mercy killing: To me it is not that bad if someone is old and suffering and they want to die. I don’t see that as bad. What is bad is when they don’t want to die and you do it anyway.”

We have two very important resources for helping your teens understand the truth about suffering, euthanasia, and other threats to the medically vulnerable. Don’t wait to share the truth with your teens. Your life may depend on it one day!

Without Mercy: An Introduction to Euthanasia, Assisted Suicide, and Other Threats to the Medically Vulnerable examines the complex topics of euthanasia and assisted suicide and teaches students the reality behind what the culture of death advocates regarding end-of-life issues.

An easy-to-use download, taken from Without Mercy, that will help you start conversations with your teens about physician-assisted suicide.

This article has been reprinted with permission and can be found at cultureoflifestudies.com/clsp-blog-divi/what-your-teens-dont-know-can-hurt-them-and-you/#.XkL5piNOm00.