What Did Judge Kavanaugh Really Say? 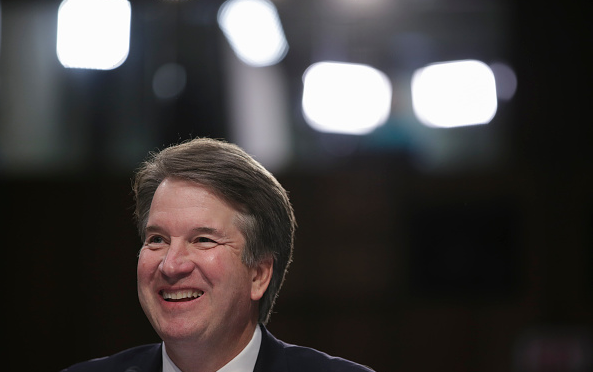 What Did Judge Kavanaugh Really Say?

“Abortion-inducing drugs”—these two little words have created quite a stir among the media elite and the abortion cartel, not to mention pro-death politicians. These paragons of distortion want the public to believe that Supreme Court nominee Brett Kavanaugh is opposed to contraception!

So, let’s parse out the truth.

During a recent hearing, Senator Ted Cruz engaged Judge Brett Kavanaugh in a discussion about the religious freedom case focused on the Obamacare contraceptive mandate. The controversy came about because the mandate required religious institutions to provide birth control—including abortifacients—to its employees through its insurance plans.

“In response to Cruz’s questioning,” the National Review reported, “Kavanaugh described the argument of the plaintiff, Priests for Life: ‘They said filling out the form would make them complicit in the provision of the abortion-inducing drugs that they were, as a religious matter, objected to.’”

Obviously Judge Kavanaugh was defining the arguments made in the case, not providing his personal opinion. But the secular media and the archrivals of the Kavanaugh nomination did not see it that way and the haymaking over the misrepresentation of the words “abortion-inducing drugs” began.

The avalanche of folly can be seen in many publications, including Huffington Post’s headline: “Brett Kavanaugh Refers to Birth Control as ‘Abortion-Inducing Drugs’ at Confirmation Hearing.” It can be seen in Time magazine’s report, which stated that Kavanaugh referred to “contraception as abortion-inducing drugs.” Yahoo News quoted that Marie Claire magazine alleged that Kavanaugh “called birth control abortion-inducing drugs.” Even Hillary Clinton jumped on the bandwagon and knocked Kavanaugh for the alleged remark, tweeting: “Kavanaugh didn’t use that term because he misunderstands the basic science of birth control—the fact that birth control prevents fertilization of eggs in the first place. He used that term because it’s a dog whistle to the extreme right.”

As any thinking person can immediately see, the pro-abortion cartel comprised of big media, pro-abortion politicians, and the big abortion business leaders themselves will contrive propaganda out of thin air, ignoring the facts and doing all they can to deceive the public.

It does not take a genius to figure out their motives.

After hearing about a meeting that Kavanaugh had with pro-abortion Senator Susan Collins, the New York Times whined: “Judge Kavanaugh reportedly told Ms. Collins recently that he considered Roe to be ‘settled law.’ These statements should reassure no one. Casey, not Roe, is the established precedent that matters here. And it seems more likely that abortion rights will die a death by a thousand cuts through restrictive state laws allowed under Casey than by a reversal of Roe. Either way, a vote for Judge Kavanaugh is a vote to diminish reproductive freedom.”

With drivel like this pouring out of the mainstream media, one has to frequently stand back, take a shower to debug from the poisonous lies, and look simply at the facts.

Kavanaugh accurately represented an argument in a case in which he wrote a dissent because that is what Senator Cruz asked him about. At no time did Kavanaugh give a personal opinion or even provide an offhanded comment regarding his views on abortion, contraception, or the weather!

Prudent men like Brett Kavanaugh, who know they are under a microscope far stronger than the $27 million dollar electron telescope, know better than to dabble in hyperbole.

Kavanaugh’s intelligence, his understanding of the Constitution, and his wide collection of speeches, opinions, and papers say all that should be said. His qualifications are impeccable.

“Abortion-inducing drugs”—these two little words have actually exposed the deadly serious nature of those who will stoop to any level to retain the right to kill the preborn and destroy the souls of the young. Lying is what they do best.

The good news is that thinking men and women know better and we are not buying the lie! We know what Kavanaugh really said.