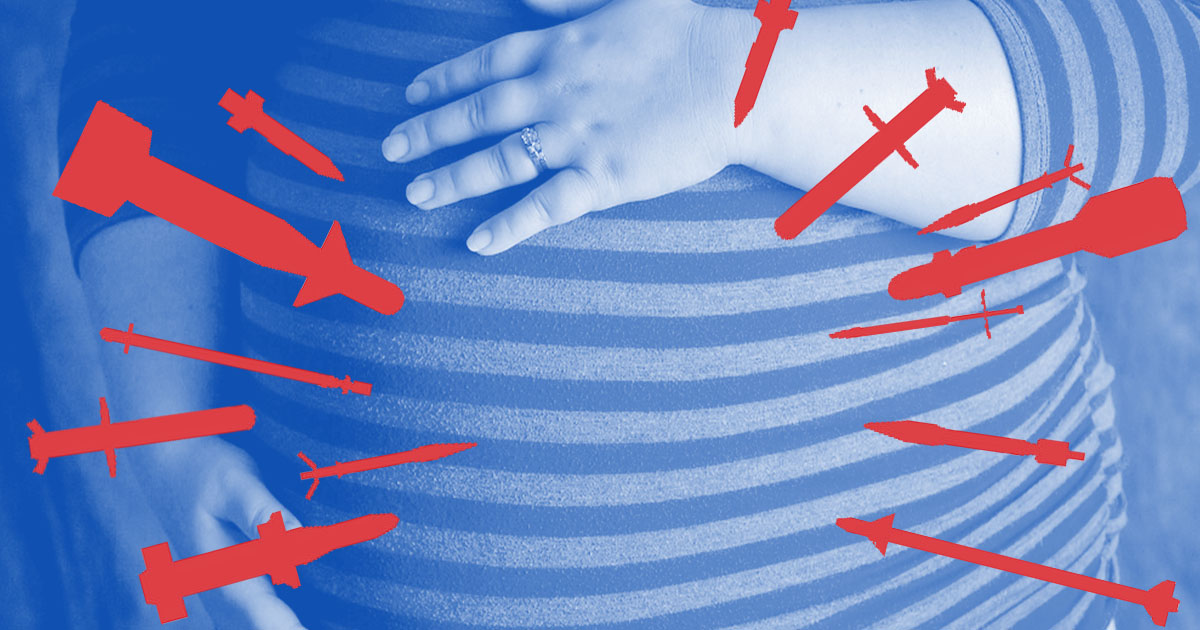 We have heard the word “weaponize” over and over again recently. It is the latest buzzword in our self-absorbed culture. It means “to adapt for use as a weapon of war.”

When our cultural dictators use that word to define anything they dislike, it might make more sense if they were to use demonize instead. Demonize, of course, has at its root the word demon, which means “a source or agent of evil, harm, distress, or ruin.” In many societies today, being pregnant—or with child—is viewed as an evil that will bring harm, distress, or even ruin to the expectant mom, unless, of course, she is saved from this “horror” by the “sacrament” of abortion.

Let’s see how this plays out in current parlance.

In Iowa, Planned Parenthood has sued to stop the enacting of the so-called fetal heartbeat law—a law described as banning abortion if a fetal heartbeat can be detected. Only one slight problem, however: The law permits abortion in the case of a “medical emergency,” which is defined as

“a situation in which an abortion is performed to preserve the life of the pregnant woman whose life is endangered by a physical disorder, physical illness, or physical injury, including a life-endangering physical condition caused by or arising from the pregnancy.”

The law does not permit abortion for psychological conditions or other situations that are not alleged to be life-threatening. So the “ban” is not totally comprehensive. But bloodthirsty Planned Parenthood cannot stand the thought of saving even one preborn child, so it is suing because the bill could be “extremely harmful to women.”

If that isn’t weaponized pregnancy, I do not know what is. But it gets worse.

In Oklahoma, state senator Joseph Silk is proposing that abortion should be defined in law as murder. According to Newsweek:

“Silk said that he would tell a woman who was sentenced to life in prison for having had an abortion ‘the exact same thing I would say to a mother who just killed a 1-month-old or a 1-year-old child. It’s a horrific act.”

Silk is right; his thinking is flawless. But as we know, honesty in the law when it comes to respect for human dignity does not fly in America. After all, the cultural elite strive daily to make sure that Americans accept their theory that pregnancy is a disease, a threat to a woman’s health, and all manner of ridiculous sophistry.

And lest you think this is merely an American problem, the same sort of deception occurs on every continent, including Africa. Recently in Nairobi, Kenya International Planned Parenthood pulled off its own cover-up, and few will ever know of it. A published report states:

“Top leadership of the International Planned Parenthood Federation Africa (IPPFA) at global level of the organization have been accused of covering-up corruption, sexual harassment, bullying and harassment of whistle-blowers and staff in general at IPPF Africa Region Office in Nairobi.”

In response to these complaints, nothing of substance was done, but some staff members quietly resigned.

This non-response to a serious problem begs the question: Can anyone really trust an organization that profits from killing babies, employs staff engaged in fraud by selling baby body parts, covers up the sexual abuse of minors, and has staff accused of sexual harassment of employees both here and abroad?

Yet Congress remains unphased, not even willing to cut off our hard-earned tax dollars from an organization that is the epitome of evil.

You and I must promise to never stop speaking the truth about Planned Parenthood’s evil empire.

Abortion is murder. Planned Parenthood is the face of the enemy, weaponizing pregnancy while killing human beings.