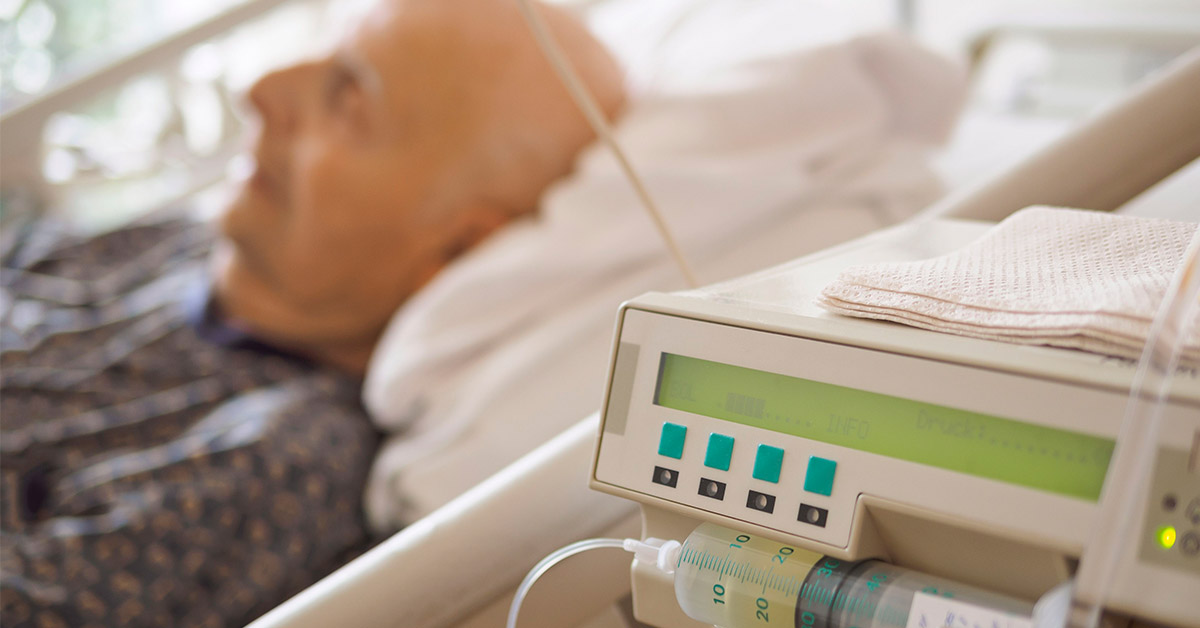 The president of the Pontifical Academy for Life, Archishop Vincenzo Paglia, has made yet another stunning statement, telling us that “palliative care is a human right.” His statement came during the recent conference entitled Muslim and Christian Perspectives on Palliative Care and the End of Life in Qatar last month.

This strikes me as both strange and rather frightening since Paglia provided no definitions about the moral versus immoral aspects of palliative care that we witness in our society today.

“the real human right is to continue to be recognized and welcomed as a member of society, as part of a community” and that there is an “urgent need for deeper reflection if we are to tackle more effectively the major anthropological issues and immense ethical challenges that we face with end-of-life cases.”

And this is where the problem resides. His words fall flat given the growing evidence that palliative care is too often used as a means to impose death rather than relieve suffering.

Take, for example, the cases in Columbus, Ohio, at Mount Carmel Hospital where patients were literally put to death under the guise of palliative care. One news report is particularly ghoulish, reporting that

“attorneys from the law firm of Leeseberg and Valentine allege the drugs were given ‘without any medical indication or justification.’ They also allege ‘it appears this may have been done to create the appearance that the patient was comatose and unresponsive, in order to support recommendations that the family withdraw life support.’”

In other words, what we see is use and abuse of medications for the express purpose of euthanizing human beings whose lives were as precious as yours and mine. This is not medical practice; this is killing.

READ >>  Eight Vine Videos to Remind Us That Grandparents Are Awesome

And it underscores the point that, in far too many situations, palliative care is as much a human right as post-birth abortion is a human right, or for that matter any abortion! When a “treatment” can become a tool for ending an innocent person’s life, it must no longer be accepted or condoned.

These cases highlight palliative euthanasia, not effective pain-relief care, yet the Vatican tells us that “palliative care is a human right.”

Such statements bereft of facts or ethical guidance must be music to the ears of those at the George Soros Open Society Foundation and other places where techniques are constantly being devised to end lives under the guise of providing comfort to the ailing. In fact, Soros, who has already been linked to Vatican operations at many levels, may have given Paglia the script. In the Open Society public health fact sheet entitled Palliative Care and Human Rights for Older Persons, we learn that:

“older persons with dementia . . . frequently do not receive adequate palliative care due to health care professionals not perceiving them as having a terminal condition and the difficulty in diagnosis.”

As subjective as this so-called fact sheet sounds, it goes on to say that, in the case of elderly patients—including those with dementia—

“opioid analgesics, such as morphine, are essential for treating the pain associated with many advanced progressive conditions.”

And as if this were not blatant enough, we find this fact cited to bolster the Soros brand of compassion:

“The 2015 Inter-American Convention on Protecting the Human Rights of Older Persons (IAOP), which is the first human rights treaty to explicitly recognize the right to palliative care, requires countries to provide access to palliative care without discrimination, to prevent unnecessary suffering and futile procedures, and to appropriately manage problems related to the fear of death.”

This brand of flawed reasoning would be comedic if it were not so deadly. Meaningless words like “unnecessary suffering” and “futile procedures” suggest that mere opinions or death-culture imperatives guide the decision-making in such cases.

READ >>  The Living Will Is Not About Living

Some will suggest that we are employing verbal scare tactics. Yet, when vulnerable lives of the elderly are at stake and the public is being lulled into a stupor with deadly treatment goals masked as caring practices, somebody has to blow the whistle.

Shout it from housetops I say! Our elderly are on a slippery slope that only sound ethical standards of medicine can avoid.

The first human right is the right to life, not flawed varieties of palliative care designed to kill.

The first human right is the right to life, not flawed varieties of palliative care designed to kill.