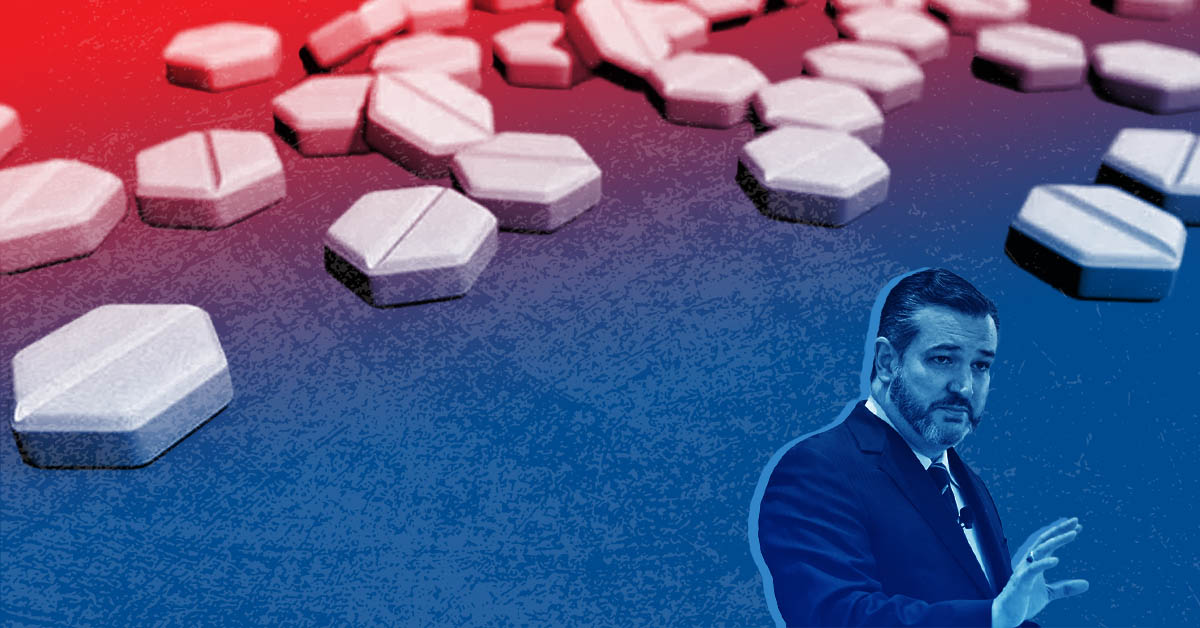 Recently 92 members of Congress called on the Food and Drug Administration’s commissioner, Stephen Hahn, to redefine the abortion pill Mifeprex (mifepristone) as a “hazard” or “threat of danger.” The goal is to have the pill removed from the market. Senator Ted Cruz and 19 of his colleagues in the Senate sent a letter raising concerns that Gynuity’s abortion-pill-by-mail project is creating enormous health risks and death among women. The letter states:

Gynuity’s direct-to-consumer abortion pill by mail experiment has been going on for nearly five years and has now expanded to 13 states. In addition to placing the lives of American women and children at risk by offering their clinical study to girls as young as ten years old, they use women in Burkina Faso in their second trimester as research subjects, despite the high risk of infection and uterine rupture—this is also a region where emergency services and blood products for transfusions are in short supply. We find these practices and uses of human subjects to be highly suspect, and we ask the FDA take immediate steps to review these activities.

A documented report reveals that the experiments in Burkina Faso were funded by groups such as the Population Institute, Planned Parenthood, the Gates Foundation, the Buffet Foundation, and others. The report explains that “Gynuity’s two biggest funders—the Gates and Buffett Foundations—are among the largest supporters of abortion advocacy and research globally.”

It is no shock that these senators are outraged. Joining them are 72 Republican members of the US House of Representatives led by Georgia congressman Jody Hice, who sent a similar letter.

The media has been quick to point an accusing finger in rebuke for reasons that expose once again their disdain for women and their preborn babies. They despise the fact that Senator Ted Cruz has accurately pointed out that pregnancy is not an illness. He said: “The abortion pill does not cure or prevent any disease.” Though his statement is irrefutable, the culture-of-death shills do not agree.

Not only has Cruz been called a misogynist (woman hater) by ranting feminists, but others have accused him of being ignorant of the facts. But let’s face it: Cruz and his colleagues in both houses of Congress are being honest, and that drives the other side wild.

Abortion does not save lives; it kills them. Pregnancy is a state of being, not a terminal illness. In response to the felonious claims about Cruz and his colleagues, Dr. Michael New tweeted: “Separate studies using long-term public health data from California and Finland show that abortion is associated with a higher death rate than childbirth.”

The pro-abortion media use statistics from studies paid for by pro-abortion philanthropists like Buffett and the Packard Foundation that represent biased research rather than the unbiased, factual data—data that is just as easy to find. But accuracy takes a holiday when the abortion cartel has a stranglehold on those who were once trusted to provide news instead of propaganda.

Included among that factual data is a document from the National Institute of Family and Life Advocates clearly showing that the death rate from abortion is far higher than carrying a child to term. Similar results can be found at AAPLOG’s Pro-Life Obstetrics and Gynecology site and at Human Life International’s site.

READ >>  How Congress Works: The House

As the 92 courageous lawmakers told Commissioner Hahn: “Of course, adverse events are notoriously underreported, which makes the true number impossible to assess. Moreover, as of 2016, abortion pill manufacturers are only required to report maternal deaths. However, most women experiencing adverse reactions (such as hemorrhaging) are more likely to seek emergency care at hospitals and emergency rooms, rather than returning to the abortion facility where the pill was prescribed.”

In other words, all the hyperbole and accusations from proponents of the abortion pill reveal one important reality: The 92 got their facts straight. And as is always the case, truth scares those who market the lie that abortion is safe and good for you.