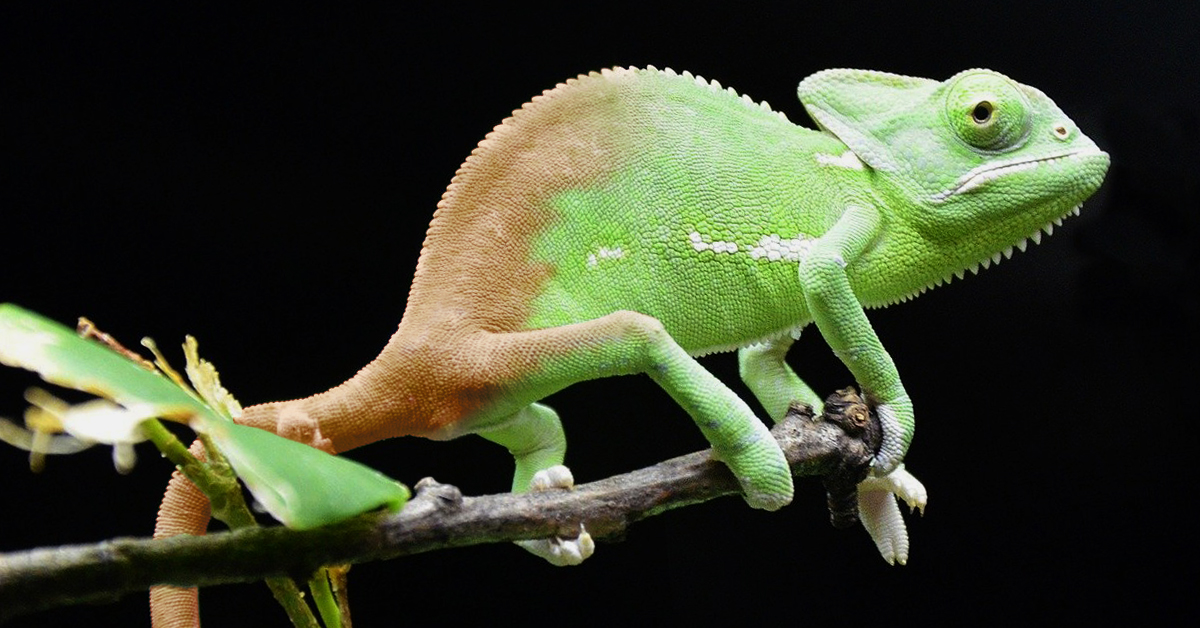 Chameleon: “A person who often changes his or her beliefs or behavior in order to please others or to succeed.”

This definition of chameleon readily applies to many people who define themselves as Catholic but who are perhaps something else entirely.

The varieties of such changeable Catholics could be difficult to catalogue, but the underlying character trait is always the same: an absence of integrity—a virtue sorely needed these days when Catholic teaching is denied among many, including the pew sitters, the ordained, and the political types.

So while some Catholic thinkers might write about Catholic politicians having a corner on deception when it comes to grave subjects like abortion, I think we need to dig a bit deeper than that. And it does not take long to see where our excavation of the facts might lead us.

For example, Carl Anderson, the CEO of the Knights of Columbus (a Catholic organization), wrote in The Hill: “The Catholic position—that abortion takes a human life, is morally wrong, and should be substantially restricted—is not only backed up by science, it is now the public’s consensus by a wide margin.”

While Anderson takes a strong personal position against abortion, he concludes his article with two suggestions, including this one: “[Politicians] should embrace the American consensus on abortion restrictions and stop acting in opposition to their own conscience and the will of the American people.”

What this eminent Catholic leader is suggesting is a concession—that the murder of a person prior to birth should not be outlawed but rather regulated in the law and by society. We presume he is writing about all of us—including Catholics—and that is a crying shame, for we know that we can never make exceptions. Abortion is evil in all circumstances, regardless of how the baby was created. That’s why we find it sad that his words went virtually unchallenged, except for the recent article by the ever accurate Randy Engel. But Anderson is not the only one.

There are the everyday Catholics too—the folks who take polls and claim they are Catholic—who change their values depending on the situation. Such people, when asked about their opposition to abortion and contraception, are split, if not lopsidedly, in opposition to Catholic teaching. During the 2016 election cycle, a Catholic magazine reported that Catholics, including those who attend weekly Mass, have no moral problem with contraception. In fact, they say contraception is not a moral issue at all!

But the one group that could make all the difference is the very one that rarely takes unanimous responsibility for the moral wreckage created by Catholic chameleons. That is, of course, Catholic bishops, most of whom do not preach against contraception and abortion and who rarely set forth requirements that their priests and deacons do so. This is not news, but it is worth repeating because souls are at risk.

More than a year ago, one Catholic bishop, Joseph Strickland of Tyler, Texas, spoke out about this. A LifeSite news article reports:

“Our society is unraveling, especially with regard to marriage, family and sexual morality. . . . This is all the more tragic because God has revealed the truth that we need to flourish in this world and share eternal life with Him after we depart this world.”

The bishop acknowledged that he and all bishops share the same call to shepherd their respective flocks, and he said he feels as he could do more to promote what he called “our beautiful Catholic teachings on these topics.”

“I’m sure some of my brothers have done a much better job,” he said, “but I think we all need to ask ourselves how we can share the truth more clearly and more powerfully.”

Strickland is right, which brings us back to integrity—the virtue that should define us. Professor Donald DeMarco accurately writes, “We need integrity to become who we are, so that we can complement God’s gift to us with our gift to Him.”

If every person who identified himself as Catholic lived, acted, thought, and worked for the Lord alone, each would be in possession of his integrity as he sheds the scales of the chameleon.

As we strive for that goal every day and try to help others to do likewise, we recall these beautiful words of St. Pius X: “Truly we are passing through disastrous times, when we may well make our own the lamentation of the Prophet: ‘There is no truth, and there is no mercy, and there is no knowledge of God in this land’ (Hosea 4:1). Yet in the midst of this tide of evil, the Virgin Most Merciful rises before our eyes like a rainbow, as the arbiter of peace between God and man.”

Embrace that rainbow, and the Catholic chameleon will exist no more.