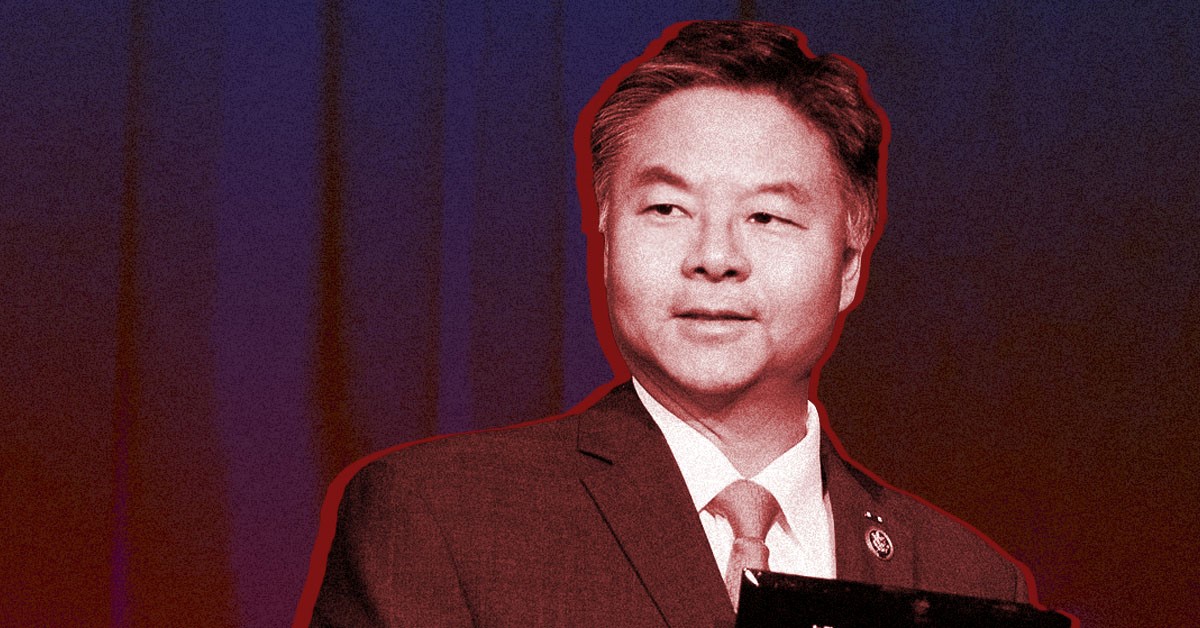 A message from ALL executive vice president Hugh Brown.

Ted Lieu is a member of Congress who claims to be Catholic. This past week, he nominated himself to carry on Satan’s mantle of “I will not serve,” and he attacked and rebuked the Catholic Church for her infallible teachings on faith and morals. Mr. Lieu, a servant of the world, stated:

His words remind me of “things the devil might say.”

Mr. Lieu is angry because the United States Conference of Catholic Bishops has voted to discuss and draft a document addressing the matter of a Catholic’s worthiness to receive the body and blood of Christ when he supports intrinsic evil.

I wonder if Mr. Lieu is aware that the Eucharist is the real presence of our Lord and Savior, Jesus Christ—body, blood, soul, and divinity. Refusing him Communion is not “punishing” him; it is an act of protecting Christ from sacrilege. But to recognize such a reality requires humility. And humility is a gift of the Holy Spirit that men like Mr. Lieu long ago rejected.

The hour of Mr. Lieu was foretold by St. John Paul II in 1976 when, as Cardinal Karol Wojtyla, he stated:

We are now standing in the face of the greatest historical confrontation humanity has gone through. I do not think that wide circles of the American society or wide circles of the Christian community realize this fully. We are now facing the final confrontation between the Church and the anti-Church, of the Gospel versus the anti-Gospel. This confrontation lies within the plans of divine Providence; it is trial which the whole Church . . . must take up. It is a trial of not only our nation and the Church, but, in a sense, a test of 2,000 years of culture and Christian civilization with all of its consequences for human dignity, individual rights, human rights and the rights of nations.

Through his own words, Mr. Lieu has revealed himself to be a servant of deception. He is acting like an agent of the anti-church whose tired, evil manipulation and lies have allowed the deaths of 64 million children through the horror of abortion.

Mr. Lieu uses words like “right” and “choice” to advance death. Abortion murders a child. Contraception denies the will of God. Same-sex marriage is an unholy assault on the sacrament of marriage. In vitro fertilization creates human beings in the form of embryos who are often destroyed and treated as a commodity. While supporting all of this, Lieu has the gall to DARE the bishops not to protect Christ in the Eucharist. What hubris!

Being Catholic is not a right. The Church founded by Christ is built on the sacrifice of the saints and martyrs who—even at the cost of their own lives—opposed the evil and deception perpetrated by false prophets like Mr. Lieu. We must pray for the intercession of these holy men and women.

For over four decades, American Life League has asked the Catholic bishops to do their jobs, to have courage in the face of such blatant arrogance and evil, and to deny people—like Mr. Lieu—the body and blood of Jesus Christ because of their direct participation in the legalization, protection, promotion, and defense of the murder of children.

In all humility, what in the hell are they waiting for?

For far too long the Catholic Church has allowed the demonic to influence its shepherds and their inability to defend Christ’s church. This battle is not against men like Mr. Lieu. Mr. Lieu has a soul, and his soul is eternal. We must pray for the conversion of people like Mr. Lieu, but at the same time we must rebuke, reject, and cast them out—if they will not listen. If the Holy Spirit is allowed into their hearts, they will return repentant and on fire for the truth. We battle against dominions and principalities empowered by the arrogance of men like Mr. Lieu, and we battle against the deceit and cowardice of many of our shepherds.

For 50 years, many of the Catholic bishops in America have failed to act as Christ’s disciples. In the face of their indifference, apathy, apostacy, and cowardice to act, the sin and acceptable atrocities in America grow by the hour.

Defend Christ and His Church. Defend the faithful. Stand for the truth no matter the cost.

St. Joseph and St. John Paul II, pray for us in this hour of the anti-church unleashed. And may the mother of God pray for the Lord’s chosen shepherds to take up this trial and face it courageously.