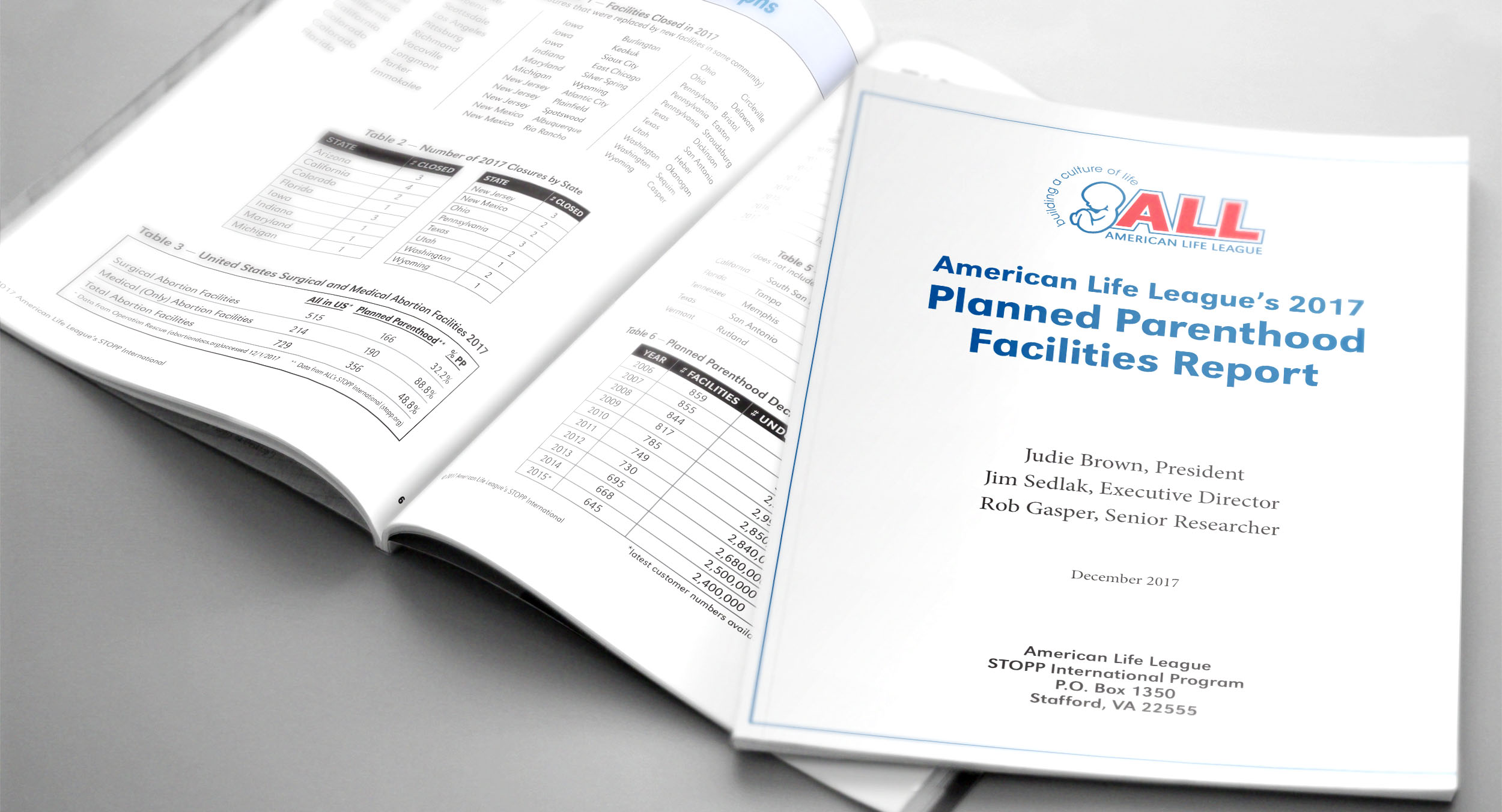 Planned Parenthood loses 27 more facilities in 2017 and is down to 597 in the US. Prior to 2002, there was no easy way of verifying exactly how many Planned Parenthood medical facilities existed in the United States. Planned Parenthood published a number every year and we had to believe its number. But, by 2002, the network of STOPP contacts across the United States had grown so much that we could verify a lot of PP’s claims. In addition, the Internet had become very useful and helped us track everything. As a result, we began doing an annual survey of PP locations and were able to obtain the physical address of every single one of PP’s offices.

This just-completed survey is our 16th, and, for the first time, the number of Planned Parenthood facilities fell below 600. To be exact, PP now has 597 facilities. You can compare that with 700 facilities in 1973—when Roe v. Wade was decided—and 938 in 1995, when PP was at its peak.

The loss of these 341 physical facilities over the last 22 years has negatively affected Planned Parenthood’s customer base and, in many areas, its ability to influence public opinion.

The loss of 341 Planned Parenthood facilities over the last 22 years has negatively affected its customer base and, in many areas, its ability to influence public opinion. #DefundPP

The dwindling facilities and customer numbers have also had an effect on Planned Parenthood’s single most profitable activity—abortions. Despite its ever-increasing emphasis on abortion, it has struggled to even maintain its abortion business numbers. Over the last eight years, PP has averaged 328,302 abortions a year—with very little year-to-year fluctuation. Now 328,000 is a lot of dead innocent human beings (even one is too many), but, as the report shows, it is estimated that at least 50,000 babies will be saved in 2018 because these PP centers are no longer around.

Our focus for the last 35 years has always been on the local level with an aim of working with local people to close every Planned Parenthood facility in the United States. To that end, we have had people on the road giving thousands of speeches; leading hundreds of peaceful, prayerful protests; and inspiring many to take up the fight. To borrow a word from Planned Parenthood, we advocate a comprehensive fight against Planned Parenthood at the local level. We fight to keep Planned Parenthood out of the schools, out of local government budgets, and out of our children’s lives.

Our focus on fighting Planned Parenthod for the last 35 years has always been on the local level with an aim of working with local people to close every Planned Parenthood facility in the United States. And it works! #DefundPP

This 2017 report strengthens our resolve to keep this as our primary emphasis. When you read the report and digest the numbers, we are sure you will agree that Planned Parenthood’s days are numbered. It is about to reach a tipping point, at which time it will simply implode.

Get your copy of this new report at stopp.org/2017-facilities-report/.