St. Athanasius and the Wayward Catholic 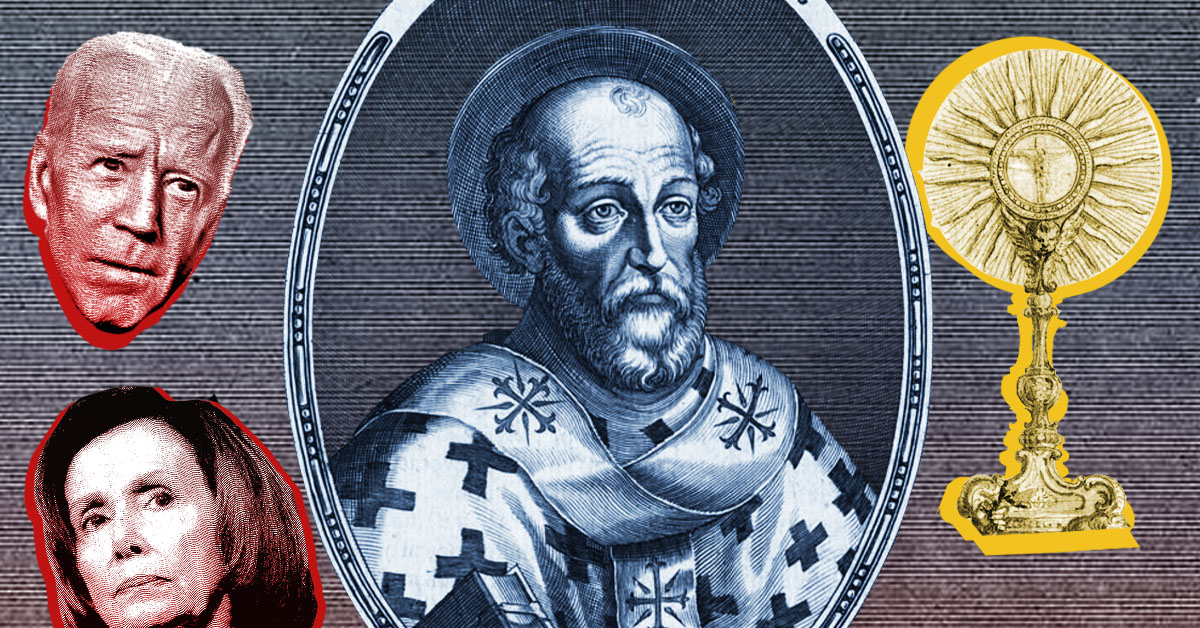 St. Athanasius and the Wayward Catholic

What does a theologian and bishop from the third century have to do with the current state of the Catholic Church in the United States? A great deal. Here’s why.

Athanasius was one of the strongest and most articulate opponents of the Arian heresy. This heresy denied the divinity of Jesus Christ. Arianism was a political as well as a religious movement. Of interest is the fact that, though the Arians at the time rose in political power, and Athanasius was banished a number of times, he never lost his zeal. Prior to his third exile, he wrote: “Be of good cheer, it is only a little cloud, and will soon pass away.”

And so it did. Though Athanasius is said to have had incredible political power himself, he refused to use it. Unlike his foes, Athanasius had a faith that was unshakable, and thus his credibility—built on the teachings of the Lord Himself—grew without the need to exercise political prowess. Athanasius exposed the errors of the Arians without recourse to political posturing. As a result, the Arians detested him, and that is why they lost. Truth won the day.

In all that Athanasius did, he was implacable. One writer said of him: “He was a hammer wielded by God against heresy.”

But how did he do it? Athanasius worked with his fellow priests and bishops during the Council of Nicaea in 325 AD to develop the Nicene Creed as a way of fighting against the Arian heresy. When he became the bishop of Alexandria, Egypt, he continued to fight the heresy. According to history:

Athanasius led orthodox forces in the great struggle from 325-381 A.D., which at times seemed that the Church itself would fall to the Arians. Between 335 and 366, Athanasius was exiled five times by various Roman emperors from his see at Alexandria, for a total of 17 years. He became a marked man as the Arians gained dominance in the Eastern Church. When a military force was sent to arrest him in 356 A.D., he fled to the Egyptian desert where for six years he spent his third exile. . . . While there he wrote his “Apology against the Arians” and a history of the Arians he wrote for the monks.

Athanasius was a courageous teacher whose defense of the divinity of Christ and other works inspired St. Gregory Nazianzen to say of him that “all ranks might find enough to admire and enough to imitate.”

This is precisely why Athanasius is so important to our political landscape today.

Right now, President Biden is misleading the public with his claim to be a “devout Catholic,” when in truth his religion is secularism—the antithesis of Godly principles. Biden is dangerous, and we see how dangerous in the words of Jesuit priest Kevin Gillespie, who was quoted in Atlantic magazine. Gillespie stated that Biden’s reception of the Eucharist is “really an encounter with God.” For Biden, according to Gillespie, this “sacred and intimate moment” is a “gift that enhances his faith, and it energizes his witness,” and “we most certainly encourage him to improve his intimacy with God through the Eucharist.”

So, like Arius in his time, Biden’s partners in Catholic deception, including Fr. Gillespie, are defying truth when it comes to who Christ truly is. After all, when a priest suggests that a Catholic who has advocated for abortion for more than 40 years is a man worthy of receiving the body of Christ in Communion, we must certainly take pause. Gillespie is saying that offending Christ in the Eucharist is no big deal.

Thanks to the persistence of St. Athanasius, even though the Arians were considered to be a political power, their heretical teachings were eventually defeated.

Today we are witnessing a similar situation—one that must be addressed by our Catholic bishops who, like St. Athanasius, must courageously confront error and defeat it.

Christ is calling us to witness. Even though there were so many powerful forces working against St. Athanasius, he triumphed over his enemies. So too must the bishops triumph over the enemies of Christ in our day. Against all odds, they must inspire us by their united defense of Christ and His real presence in the Eucharist.

We pray for St. Athanasius’ spirit to be visible among our bishops, and we pray for each of them to follow in Athanasius’ footsteps. Our bishops, united in truth, can turn wayward Catholics back to truth in Christ, even now at this dark hour. Athanasius did it. So can they!