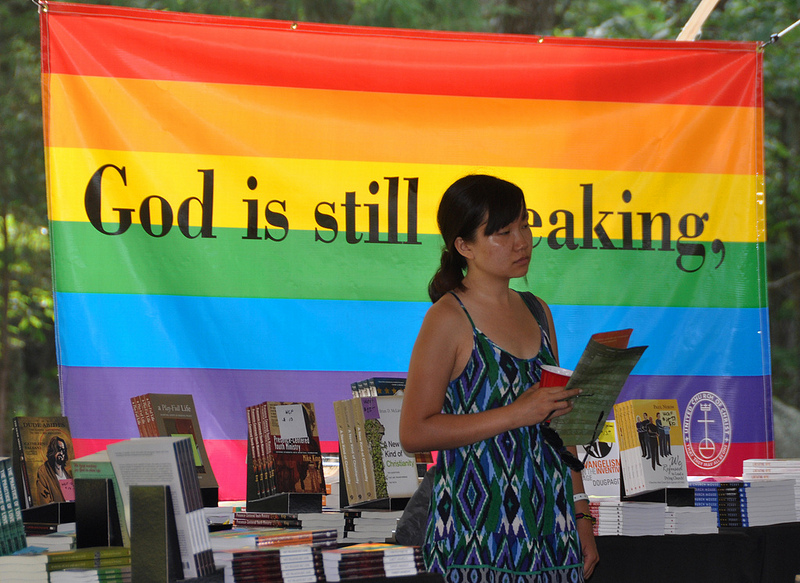 When I first heard about the Wild Goose Festival, I thought I heard “Wild Turkey Festival” and that everyone in attendance would be celebrating bourbon by drinking too much. But then I realized I erred.

According to its website, the Wild Goose Festival is defined as “a place where all are welcome. Seriously, ALL. Because we are rooted in a progressive Christian tradition, we welcome you, whatever your age, race, culture, gender, marital status, sexual orientation, religious tradition.”

The most crucial part of that statement, which could actually describe any number of gatherings, is the phrase “progressive Christian tradition.” What exactly is that?

We must conclude that progressive Christian tradition means a tradition that prefers secular humanism to the laws of God. Secular humanism preaches that its members strive for a “progressive society where being good without a god is an accepted and respected way to live life.” Though they use the word Christian in their description, the Wild Goose adherents seem to have lost the very meaning of the term. In fact, they have changed the very foundation of the Word of God and His laws. This has to be the case because, at the most recent Wild Goose Festival, Planned Parenthood and abortion were celebrated! There is nothing Christian about ripping babies apart.

But wait! We do not have to look far to discover that problems are brewing everywhere, including within the Catholic Church. The National Catholic Reporter’s own Jesuit commentator Thomas Reese has explained that, in the Catholic Church, for example, progressives like those who dissented from Pope Paul VI’s Humanae Vitae work quietly but consistently to create the change that some say we observe happening in the Church today. Though there isn’t really a hierarchy with Wild Goose adherents, we cannot say the same about the Catholic Church. Indeed, there seems to be a hierarchy of human beings divided between those who embrace Catholic tradition and truth and those who desire to change it to suit current fads and opinions.

There seems to be a hierarchy of human beings divided between those who embrace Catholic tradition and truth, and those who desire to change it to suit current fads and opinions.

Some call this type of Catholic progressivism modernism. And like a cancer, it is alive and well in the Catholic Church today. Citing Pope Benedict XVI to alert us to that danger, Professor Roberto de Mattei writes: “The problem which we are confronting is not an abstract question, but rather it touches concretely the way in which we live our faith at a historic moment described by Benedict XVI on the eve of his renunciation of the papacy in these words:

‘As we know, in large areas of the world the faith is in danger of being extinguished like a flame which no longer has any fuel. We are facing a profound crisis of faith, a loss of the religious sense, which constitutes the greatest challenge for the Church of today.’”

So, while we might be shocked that there are so-called Christians like the Wild Goose adherents who celebrate abortion and Planned Parenthood with abandon, we should be more concerned as Catholics about the forces within the Church that bend to the world rather than follow the way of Christ by serving His truth.

READ >>  Research and Politics: Two Important Elements of the Battle for Life

Whereas the Wild Goose folks have no sound doctrine, Catholics do, and our bishops should incessantly preach, teach, and demand that the truth be embraced for the sake of the preborn, the elderly, and most of all for Christ’s sake!

Clearly the sham Christians who support abortion are not all attendees of the Wild Goose Festival. They are everywhere. We must get busy within our own dioceses. Let’s involve our priests and our bishops and proclaim proudly the love of Christ and His teachings. The slaughter of babies has no place in Christianity.