Riddle: If ‘Roe’ Falls, What Is Next?

Home . Publications . Riddle: If ‘Roe’ Falls, What Is Next? 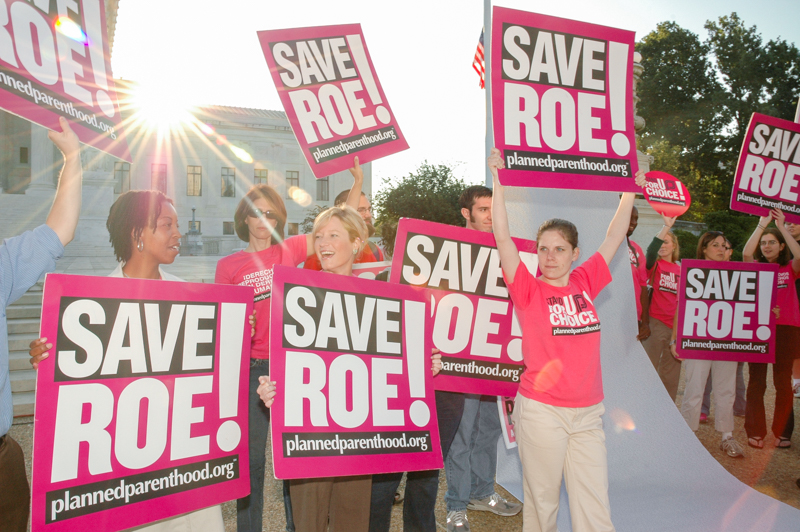 Riddle: If ‘Roe’ Falls, What Is Next?

A riddle is a puzzling question posed as a problem. And as sure as night follows day, the challenge of answering what pro-life people will do if Roe v. Wade and Doe v. Bolton are overturned is one that deserves some attention.

This is so because soon after Justice Kavanaugh was seated on the Supreme Court, pro-life and pro-abort organizations began posturing. Their fear is that Roe v. Wade and its companion case will be overturned.

Planned Parenthood is letting no grass grow under its feet. According to Salon: “Rachel Sussman, the national director of state policy for Planned Parenthood Action Fund, explained that making sure abortion is available to women who need it ‘is not optional,’ and that Planned Parenthood has ‘a moral obligation to plan for a day when Roe may be gone.’”

The nation’s leading preborn child execution coordination organization is on the move, with its “moral obligation” to protect the killing business it has fastidiously erected over the past 50-plus years. Sadly, it is not alone.

The Center for Reproductive Rights recently published a report entitled “What if ‘Roe’ Fell?” which details—from its perspective of course—what would happen if Roe were overturned.

Such groups are making these public plans partially because they can raise money using scare tactics and partially because, in the recesses of their offices, some honestly believe that the Supreme Court will make abortion illegal. Some of the feminists are saying, “If Roe goes, every woman will hear the message that her body is not her own. That she should feel ashamed for believing that she alone should make this most fundamental, life-altering decision of whether or not to bear a child. That she isn’t a woman making a decision like so many others, but that she is a criminal.”

But what might actually happen? Well, one analysis falls pretty much into the mainstream of even pro-life thought on this subject and opines that, as of right now, about 22 states would ban abortion—but not all states would do so.

Is that really what pro-life leaders want, given the fact that we know that abortion kills a human being? Is the so-called “states’ rights” solution the result we have been fighting for the past 45-plus years? We cannot strive for the day when abortion will simply be limited. We cannot treat abortion as a political “issue” instead of the act of killing that it actually is. Are pro-life Americans willing to witness their leaders surrender before the fight even begins?

I, for one, hope not. What we need to do is stop carping about states’ rights and begin an earnest effort to see to it that the case brought before the court addresses the fundamental flaw in the Roe decision—the question of whether or not a preborn child is a human being.

This is the only approach that makes sense, and now is the time to do it.

When Chief Justice Blackmun wrote the Roe decision, he laid this out for us, writing, “If this suggestion of personhood is established, the appellant’s case, of course, collapses, for the fetus’ right to life would then be guaranteed specifically by the Amendment.”

But we cannot deny the humanity—the personhood—of the preborn baby. We know the preborn baby is a human being. We have seen tangible evidence over and over again. And we see it once more in this recent story about Cecilia and Darryl Everett, who lost their son at 12 weeks and wrote their story so that other people could see their beautiful baby. There was no question that this little boy was a human being, as is every preborn child from the single cell stage onward.

So, the question facing us is a simple one: Are these babies going to be protected in some states and killed in others?

Once Roe is gone, are pro-lifers willing to see abortion continue in parts of the nation and be curtailed—but never ended—in others? Is that really the pro-life goal? If it is, we are doomed. Or, rather, I should say the babies are doomed.

Riddle me this: Is he a baby or is he simply a political issue?

For more information, read the excerpt below by Dr. Dianne Irving:

If Roe falls, it won’t be because of Kavanaugh (who is a judicial “conservative”), but because Roe refused to acknowledge the accurate, objective, scientific facts of human embryology known for over 76 years. The Carnegie Stages of Human Embryonic Development were internationally instituted in 1942 and have been updated every year since then by the international nomenclature committee (FIPAT). All anyone needs to do is go to a library or search the Internet. Instead, while refusing testimonies from certified human embryologists, the court pretended that we “just don’t know”: “We need not resolve the difficult question of when life begins. When those trained in the respective disciplines of medicine, philosophy, and theology are unable to arrive at any consensus, the judiciary, at this point in the development of man’s knowledge, is not in a position to speculate as to the answer.”

Thus, if Roe were to come before the Supreme Court now, the Court would be required to acknowledge the accurate scientific facts of human embryology and overturn the Roe decision.