Precious Feet: A Legacy of Love 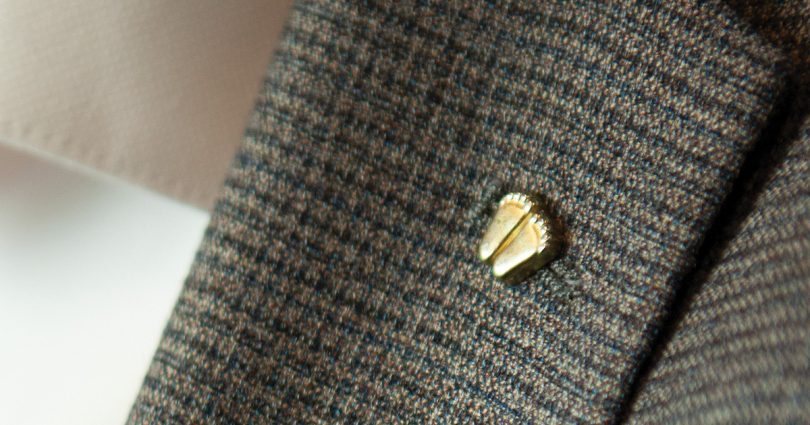 Precious Feet: A Legacy of Love

In 1970, to fulfill a desire to study law, Dr. Sacco began evening classes at Lewis & Clark Law School, and in 1974 he became a member of the Oregon State Bar. However, he received worldwide recognition, not for his years of practicing law or medicine, but for photographing the tiny feet of an aborted baby.

A picture that changed everything

Dr. Sacco had heard the common rhetoric offered by abortionists that preborn babies were simply “blobs of protoplasm.” Because of his strong Catholic faith, he understood that life begins at its biological beginning; however, he had no medical training in fetal development to offset the arguments offered by abortionists. To prove them wrong and to educate himself, he began studying human embryology.

One day, Dr. Sacco was in between surgeries at the Portland hospital where he worked, and he began talking with a pathologist tasked with the job of destroying the bodies of aborted babies. Dr. Sacco was horrified and saddened by what this pathologist told him, so when the pathologist said “Come with me, I want to show you something,” Dr. Sacco readily followed.

“He took me to his office where he had these buckets with formalin in there and proceeded to take out these perfect tiny babies. He couldn’t bear to destroy them, so he kept them in his office.”

Overwhelmed by the loss of these babies, Dr. Sacco asked to take a couple of the buckets home so he could photograph the babies with the hope of using the photos to teach others the truth about abortion.

“It was so terrible when I first saw those babies—it got me right to the heart,” he said. “I knew I wanted to do something to help. I hoped to get the pictures in books and show them to others—hoping to change their minds about abortion.”

When Dr. Sacco returned home, he began to take pictures of the babies, but there was nothing to compare their size to, so viewers would be unable to tell the gestation age. Finally, he held a pair of tiny feet in his fingers and snapped the history-making photo.

“I was crying the whole time I was taking the photos,” he said. “I know God took that photo because it was so impactful. It propelled me to save lives. I knew for a fact that the abortionists were lying. These babies were not blobs of tissue.”

“Dr. Sacco often said that his encounter with the bodies of aborted babies, who were perfect in every way, touched him deeply and caused a great deal of grief. He turned that sorrow into one of the most powerful educational presentations ever developed. As a committed physician, he realized that teaching the truth with photos is the most effective way to help others recognize the humanity of the preborn child. Frankly, his efforts in the 1970s should be our efforts today. Humanizing the preborn child is the only way we will ever effectively end abortion in America. Dr. Sacco showed us the way. God bless him!”

Soon after taking the photos, Dr. Sacco began to travel to schools and commercial areas to talk about his findings. He also began to speak on the radio and television. Some vilified him and called him a “bastard” for speaking the truth, while others, such as Virginia Evers, reached out to him. She modeled the iconic “Precious Feet” pins after seeing Dr. Sacco’s photograph in the newspaper.

Dan Miller, state director of Pro-Life Wisconsin, says that he never leaves the house without wearing his Precious Feet pin.

“They are that impactful,” he said. “Dr. Russell Sacco’s legacy to end abortion will live on through the Precious Feet pins you see on the lapels of pro-lifers all over the world. These tiny feet have started more conversations about the humanity and dignity of the human person more than anything I’ve ever seen in my struggle to end abortion in Wisconsin. We walk on the shoulders of those who have gone before us, but this Wisconsin native has made that fight so much easier because of his vision.”

Miller explained that his organization buys the pins by the bagful and distributes more than 3,000 each year.

“These pins are not cheap, but they are so worth it. If they spark one conversation or save one baby from abortion or turn someone away from a hedonistic lifestyle or culture of death, the expense is worth it,” he said. He continued: “Dr. Russell Sacco put a name with the feet. These babies now have names, and because of him each baby has dignity whether they get buried in a Christian burial or not; he raised their dignity. There are 200 million of these feet circulating somewhere around this world, and it is the number-one thing people grab when we have events. In fact, some complain when we don’t have them.”

One aspect of the Precious Feet pins that Miller appreciates is that there is nothing specifically religious about them. “They cross all religious denominations,” he said. “There is something so simple, pure, and beautiful about these feet that are made in God’s image. How more perfect could they be?”

Dr. Sacco was convinced that if people knew what the preborn looked like, they would reconsider their position on abortion, explained Lois Anderson, executive director of Oregon Right to Life. “He inspired one of the most effective and ubiquitous pro-life tools we have,” she said. “He inspired us to use science to show truth. This is especially important in Oregon where we have a low percentage of people who attend church or claim a faith at all. He showed us the power of a symbol that can begin conversations that change minds.”

Kenosha, Wisconsin, native Benjamin Kramer is an Ave Maria College senior and has fond memories of his great uncle—Dr. Russell Sacco—showing him magic tricks when he was a boy. He learned of his uncle’s contributions to the pro-life movement when he was in high school.

“I had seen the tiny feet campaign and pictures all over but didn’t know it was my great uncle who initiated it,” he said. “It was a bit shocking, and I felt proud of him. He did so much good for the world, and it hit so close to home. He was a humble guy and didn’t speak a lot about what he had done.”

“We never even thought of being pro-choice, so my uncle didn’t change our minds, but his work strengthened our family beliefs because it put a personal touch to something that seems so large and out of control,” Kramer said. “Knowing that one of our family members was able to have such a large impact on the national level by just taking a photo and explaining it gave my whole family confidence to keep fighting for the unborn.”

The desire to continue his beloved uncle’s contributions to the pro-life cause thrust Kramer into the forefront of standing up for the tiniest among us.

“His work propelled me into pro-life ministry. I wasn’t passionate for pro-life efforts before, but when I got to Ave Maria, I developed an understanding of why we need to fight for babies,” he said. “This made me take a closer look at the baby feet campaign, and I saw it was Uncle who got the ball rolling. The biggest thing when I wear the lapel pin—or see others with it on—is that it is a stepping-stone with others to have a more in-depth conversation of pro-life [topics]. When people ask what the pin is for, I can tell them that my uncle started this. It provides better conversation and a way to connect with them.”

When Kramer isn’t having conversations with others and campaigning for the pro-life movement at Ave Maria, he also participates in the pro-life group on campus and often takes the bus to Planned Parenthood in Naples to pray.

“A campus like Ave Maria is not a place where pro-life [views are] lacking,” he explained. “Every year, we send several buses of students to the pro-life march in DC, and we are constantly praying for the unborn. I do use my uncle’s story often when talking about pro-life [topics] at Ave because it adds a personal touch to this national story. This is why I believe this is one of my greatest tools to help me get the [pro-life] message . . . across to others. The story is personal; it’s shocking and it’s something that people can connect with. I also encourage all my fellow classmates to use the story as well when they go out and talk with people about [being] pro-life.”

Kramer was unable to attend his uncle’s funeral, but his grandfather attended. According to Kramer, “My grandfather is a very religious man and loves what his brother did. At the funeral they gave out Precious Feet pins with the story of my uncle on the back of the card. My grandfather got one of the pins, and it was the first thing he showed me when I went to see him after he got back.”

A communications major, Kramer plans to attend law school and become politically active with the hope of passing pro-life legislation.

“Uncle Russ could only do so much, but maybe if I become a politician, I can continue his work and carry on his legacy,” he said. “I hope to run for office and wear my golden baby feet, bring about pro-life legislation, and credit my Uncle Russ for all of it. Everything I am doing stems from his work, and it gives me a personal connection to the cause for life.”

One man. One picture. One tiny pair of feet. But millions of hearts changed. Thank you, Russell Sacco, for showing us the humanity of the preborn baby.

Karen Mahoney is an award-winning Catholic freelance writer, as well as a wife, mother, and grandmother. She has written for a variety of Catholic and secular media over the past 23 years.

This article, and others like it, can be found on the Celebrate Life Magazine website at clmagazine.org/topic/pro-life-champions/precious-feet-a-legacy-of-love.

Last week, Virginia Evers, creator of the Precious Feet pins, passed away. You can read about this wonderful woman at ncregister.com/blog/JMorana/virginia-evers-creator-of-the-precious-feet-pin-dies-at-99. Please keep her and her family in your prayers.