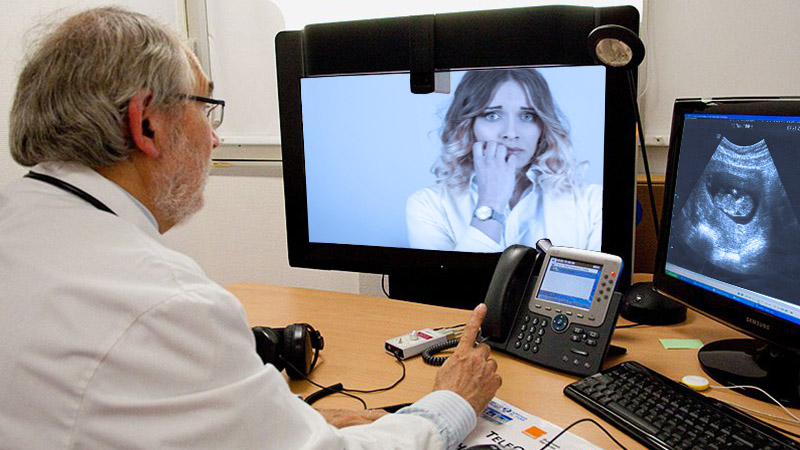 It has 356 facilities that commit surgical or medical abortions. Of those, 190 facilities do only medication (abortion pill) abortions, with 24 of those being webcam abortion sites. Webcam abortions were first established in Iowa by Planned Parenthood of the Heartland. For a webcam abortion, Planned Parenthood has a building, but no abortionist on site. A mother goes into these locations, talks with an abortionist over the Internet, and is then given the two pills needed to murder her child. She takes one pill in the Planned Parenthood office and then takes the second pill at home. If she has any problems at home, she is instructed to go to an emergency room and tell the staff that she is having a miscarriage.

The whole idea of these webcam abortions is financially attractive to Planned Parenthood. The organization gets to offer a high-dollar, child-killing procedure with minimal expense and no worry about taking care of complications.

I mean, after all, after Planned Parenthood gets paid, why would it be concerned about the mother?

According to the Guttmacher website, the webcam procedure is so controversial that 19 states have passed laws essentially outlawing them. The actual laws in those states stipulate that the clinician providing a medication abortion must be physically present during the procedure. This prohibits the use of telemedicine to prescribe medication for abortion remotely.

The lure of extra profits from webcam abortions is something Planned Parenthood cannot resist. #DefundPP

Although Planned Parenthood has always been at the forefront of killing children in this country, the focus of the organization has varied depending on who was at the helm. Here are the annual abortion numbers at the beginning and end of each of its recent presidents:

But what about this week’s announcement? What about Planned Parenthood’s plans to introduce webcam abortions to 10 more of its facilities?

This could be an early signal that the next president of Planned Parenthood will not be a political animal like Richards.

So Feldt was out and Richards was in. PP helped get Obama elected in 2008 and 2012. Then PP dove in even further by choosing to endorse Hillary Clinton in the primaries, as well as in the general elections. We all know how that turned out. Now Richards is on her way out.

The question is, will Planned Parenthood’s board return to its roots as it did with Feldt or will it double down on the political side?

I’m predicting it lets Cecile handle the politics separately and it will focus on trying to recoup its major losses in customers and locations.

Planned Parenthood’s future will focus on trying to recoup its major losses in customers and locations under Cecile Richards’ leadership.

Jim Sedlak is executive director of American Life League, founder of STOPP International, and a talk show host on the Radio Maria Network. He has been successfully fighting Planned Parenthood since 1985.