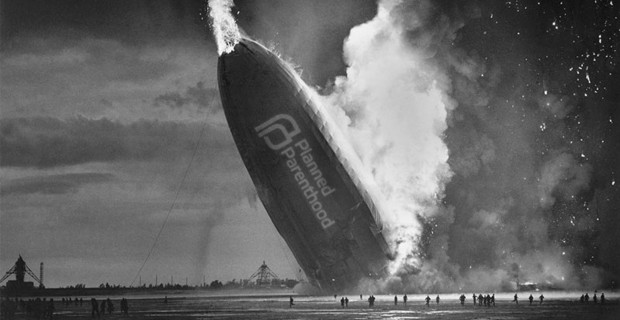 An unprecedented move this past weekend by PP’s president and CEO, Alexis McGill Johnson, reveals that Planned Parenthood Federation of America is apparently in a fight for its existence over its individual and corporate racism.

Groups opposed to Planned Parenthood have spent decades pointing out its inherent racism from its very beginnings as well as its racist practices within the organization to this very day. Until last year, the organization’s leaders have met all these documented charges with arrogant dismissal as they simply pointed to the facts that Martin Luther King, Jr. was a recipient of PP’s Margaret Sanger Award, and it even had a Black president, Faye Wattleton, from 1978 to 1992. Never mind that it was King’s wife who accepted the award at a time when Planned Parenthood publicly opposed abortion and that Wattleton, during her presidency, was backed up by a senior staff of White men.

Then, last year, a public fight erupted between the leadership of a Planned Parenthood affiliate in New York and its employees. The entire fight centered on the racist actions of the affiliate’s CEO when handling complaints and requests by employees—specifically, people of color. The employees became so distraught that they penned a letter to the affiliate’s board of directors and saw to it that the letter was made public. Planned Parenthood Federation of America took a hands-off approach and simply stated it would support whatever the New York affiliate decided. As the fight in New York—which eventually resulted in the firing of the CEO and the removal of Sanger’s name from an affiliate medical center amid promises of internal change—dragged on, other Planned Parenthood affiliates across the country began to publicly reveal their own internal racism.

All of this sparked an investigation by American Life League into the racism within Planned Parenthood and how many states in the country were affected. Although many of the affiliates were tight-lipped about their internal problems, ALL was able to identify that almost 40 percent of Planned Parenthood affiliates admitted current racism in their organization, and these affiliates operated in 62 percent of the states in the country.

As the pressure began to grow, an article entitled “The Racial Reckoning Inside Planned” was published in the December 2020/January 2021 issue of Harper’s Bazaar. In the article, Alexis McGill Johnson said: “Right now our country is in the middle of a racial justice reckoning—one that includes Planned Parenthood. We know we cannot address structural racism or white supremacy in this country without addressing our own.” When PPFA released its 2019-2020 Annual Report in March 2021, it contained the following joint statement by its (Black) president, Alexis McGill Johnson, and its (White) board chair, Aimee Cunningham. They state: “Planned Parenthood is 104 years old, and we’re committed to addressing structural racism, both historic and current, in the federation.”

Now, just weeks later, Alexis McGill Johnson published an opinion piece in the New York Times this past weekend. The piece is entitled “I’m the Head of Planned Parenthood. We’re Done Making Excuses for Our Founder.” In it, Planned Parenthood (finally) admits to the claims about Sanger’s racism. Johnson says: “Sanger remains an influential part of our history and will not be erased, but as we tell the history of Planned Parenthood’s founding, we must fully take responsibility for the harm that Sanger caused to generations of people with disabilities and Black, Latino, Asian-American, and Indigenous people . . . she devalued and dehumanized people of color.”

Talking about Planned Parenthood’s current racism, she says: “We are committed to confronting any white supremacy in our own organization, and across the movement for reproductive freedom . . . Planned Parenthood is taking this work seriously. Our senior leadership team is diverse. We have invested in training designed to give everyone, from the board room to the exam room, a foundational understanding of how race operates. And we are establishing new diversity, equity and inclusion standards for affiliates seeking to be a part of the Planned Parenthood Federation . . . Achieving health equity requires fighting the systemic racism that creates barriers to sexual and reproductive health care . . . Planned Parenthood has an obligation to change how we operate.”

These are all nice words, but they ring hollow to us. They also ring hollow to many of Planned Parenthood’s staff. They have heard this before, and as we documented on page five of our report, after years of promises, they don’t believe management any longer.

PPFA is obviously under great pressure from its employees, its donors, its corporate supporters, and even from government administrators who don’t want to be seen dealing with an obvious racist organization. So, Johnson publishes the opinion piece in the New York Times hoping that it will be enough to stem the tide of opposition by its enemies and desertion by its friends, but it is too late.

Everyone can now see what Planned Parenthood has been—racist—all along. It has already taken over $11.5 billion in taxpayer money to ply its racist trade and to end the lives of over 4.5 million preborn babies of color!