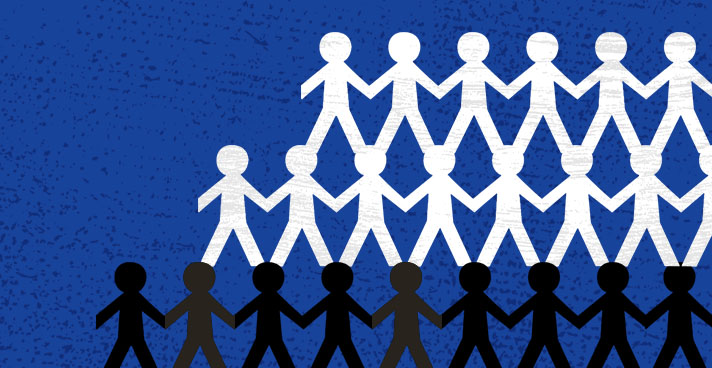 The first take-away from this article is that PPFA’s president and CEO, Alexis McGill Johnson, confirmed the premise of our own report that Planned Parenthood is, today, a racist organization. She is quoted saying: “Right now our country is in the middle of a racial justice reckoning—one that includes Planned Parenthood. We know we cannot address structural racism or white supremacy in this country without addressing our own.”

McClain uses a lot of the already published statements by Planned Parenthood execs and staff concerning the bad treatment of employees of the organization and also describes an internal PPGNY effort focusing on its customers. She writes: “ (Nia) Martin-Robinson (director of Black leadership and engagement at PPFA) supported the staff of Planned Parenthood in New York as they planned Reviving Radical, an ongoing series of events started in late 2019 and early 2020 designed to help the local affiliate begin to repair its relationship with the communities of color it primarily serves. At each meeting, dozens of people from around New York City—mostly Black and Latina women—gathered at carefully selected locations (a YMCA in Downtown Brooklyn, the Malcolm X & Dr. Betty Shabazz Memorial and Education Center in Washington Heights, Hostos Community College in the South Bronx) to share stories of being mistreated by health-care providers at Planned Parenthood clinics.” (Emphasis added)

The author makes a big deal of the fact that the new PPFA president/CEO, as well as the new CEO of PPGNY, are Black. She quotes Fiona Kanagasingam, the PPGNY affiliate’s chief equity and learning officer, saying, “It is a radically transformed leadership team from when I joined a year ago. We have a senior leadership team now that is majority people of color. The majority of people of color are Black. That did not happen by chance.”

This statement, as well as the tone of the article, implies that putting people of color in charge of the organization will correct the organization’s racial problems. McClain reinforces this premise at the end of her article by quoting Merle McGee, architect of Reviving Radical and the affiliate’s chief equity and engagement officer, saying, “Planned Parenthood’s more recent commitment to valuing the leadership and expertise of women of color—both staff and patients—is what’s significant.” McGee called the removal of Sanger’s name from the Manhattan health center “the shiny ball” that’s drawn attention and provoked debate. But it’s only one part of a larger shift happening in the organization. “We’re now in the deep waters,” McGee told me as she described the Reviving Radical meetings and internal changes at the New York affiliate. “That’s where the radical transformation happens, by looking at who we partner with and how.”

While all this sounds good, it ignores the fact that persons of color can also be racists.

McClain gives us a brief look into the racist controversy between Black and white leaders of reproductive rights/justice organizations as she wrote: “In August 2014, there was an exchange of open letters between Monica Simpson, executive director of the Atlanta-based reproductive justice collective SisterSong, and Cecile Richards, then president and CEO of Planned Parenthood. In interviews with The New York Times and an op-ed placed in The Huffington Post, the national leadership at the time signaled their move away from the term “pro-choice” in favor of more expansive language about women’s health and economic security. In response, Simpson and dozens of individuals and organizations that signed her letter took Richards to task for what Simpson called ‘the co-optation and erasure of the tremendously hard work done by Indigenous women and women of color (WOC) for decades.’ After all, this broadening of the frame beyond abortion had long been the work of reproductive justice activists, but white women were being credited with the strategic shift in the paper of record.” (Emphasis added)

READ >>  An Increase in Awareness, the Pope's Visit, and 40 Days for Life

The fact that just putting women of color in management positions doesn’t, of itself, end racism, was discussed in a recent BuzzFeed article: “Two employees told BuzzFeed News that [Alexis McGill] Johnson has placed more Black women in Planned Parenthood’s executive leadership, but that the organization still wasn’t fixing the problem.

Racism is so ingrained throughout the organization that the only real solution may be to just close it all down. The estimated 148,000 Black babies who die in Planned Parenthood facilities each year would surely select that option.