Personal Faith Does Not a Moral Truth Make

Home . Publications . Personal Faith Does Not a Moral Truth Make 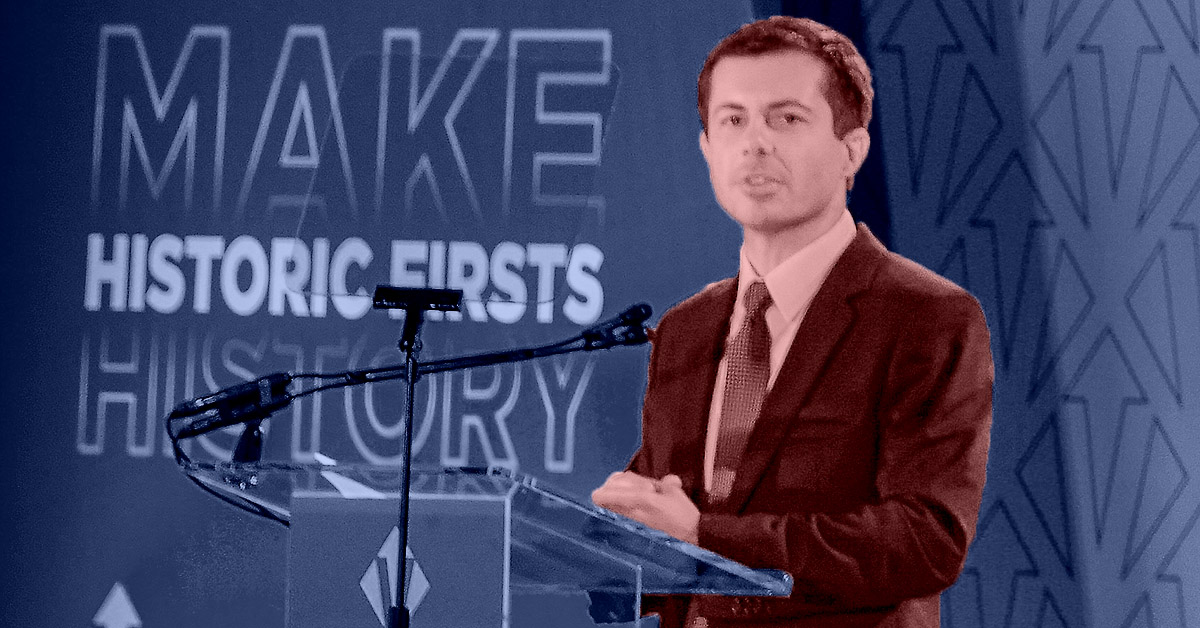 Personal Faith Does Not a Moral Truth Make

Pete Buttigieg, the openly homosexual mayor of South Bend, Indiana, has recently become the center of a rhetorical storm after his comments about Vice President Mike Pence touched more than a few nerves.

CBS reported that during a speech at the LGBTQ Victory Funds National Champagne Brunch in Washington, DC, the Democrat Buttigieg, who has announced he is running for president,

delivered a pointed message for Vice President Mike Pence . . . telling him to raise his objections with the gay community with God.

Buttigieg . . . referenced the vice president’s less-than-welcoming attitude toward members of the LGBTQ community when discussing his marriage to his husband Chasten. He called marriage equality a moral issue, saying his marriage of two years has made him a “better human being.”

In response, Pence explained that Buttigieg “said some things that are critical of my Christian faith and about me personally” and that because Buttigieg knows him, he should “know better.”

In the wake of the media hype that Buttigieg continues to generate, there seems to be a tendency in the so-called news reporting industry to define Christian principles on the question of homosexuality as intolerant and even cruel. In fact, one writer described Buttigieg’s speech as a defense of his very right to exist in a world where anti-gay extremists are Mike Pence’s guests at the White House!

Well, it is time for a reality check.

Logical people like the Spectator’s Edward Condon see right through this. Condon, who refers to Buttigieg as “Pastor Pete” quotes Buttigieg, who says: “It’s time for us to move on toward a more inclusive and more humane vision of faith than what this vice president represents.”

READ >>  Help for Victims of the Sexual Revolution

Condon points out, “Note that: a more humane faith—not politics.” He continues:

“Perhaps having intuited that it would be easier to change Christian doctrine than Democratic party policy, Pastor Pete is looking to lead a reformation. It is an interesting tactic.”

Yes, but it is a tactic that exposes the faulty reasoning at work in the Buttigieg saga.

Remember that when Pope Paul VI’s encyclical letter Humanae Vitae was issued in 1968, he warned of the dangers inherent in the cultural acceptance of contraception.

One writer who has followed the pope’s warnings explains:

In 1968 there was no widespread, well organized, homosexual movement to contend with. The American Psychological Association was still several years away from removing the stigma of “mental illness” from same sex attraction. The rationale for their cause was aided by an entire generation of heterosexuals engaging in sterile, recreational, sex strictly for pleasure who had no compelling argument for why homosexuals shouldn’t also be allowed to engage in sterile, recreational, sex strictly for pleasure. Neither scenarios were producing life. With the “Marriage Equality” movement we are now seeing the logical and destructive culmination of this contraceptive mentality.

If we are honest, we will admit that this is exactly what is reflected in the false preaching of Mayor Buttigieg and his many adherents in the media and in politics. You see, it is not at all true that those of us who love God and His Word are intolerant, or cruel, or any of the awful things that our foes like to say to marginalize us. It is simply that no matter what you may preach or promote as your truth, that does not change God’s truth.

No matter what you may preach or promote as your truth, that does not change God’s truth.

Pope Benedict XVI recently wrote something that applies beautifully in this case:

A world without God can only be a world without meaning. For where, then, does everything that is come from? In any case, it has no spiritual purpose. It is somehow simply there and has neither any goal nor any sense. Then there are no standards of good or evil. Then only what is stronger than the other can assert itself. Power is then the only principle. Truth does not count, it actually does not exist. Only if things have a spiritual reason, are intended and conceived—only if there is a Creator God who is good and wants the good—can the life of man also have meaning.

And that is the good we must live and share with everyone, especially in our world today.

Let us pray for Mayor Buttigieg and all those who need to see the wonder and the beauty of God’s truth.