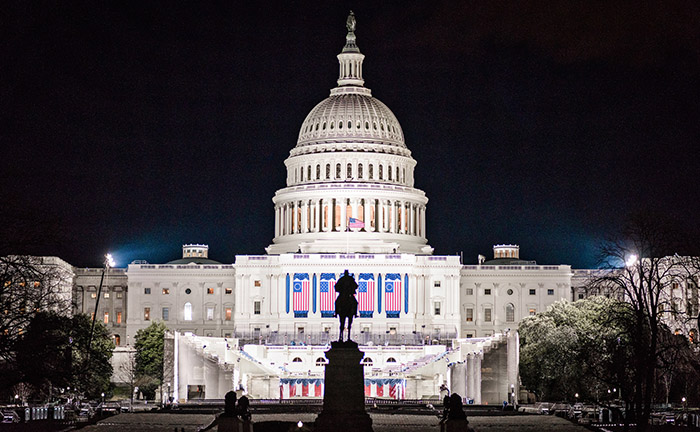 It is time to stop the silliness. It is time to get real. It is time to understand that because we are defending defenseless preborn children, we cannot ever agree to a compromise which condemns certain babies to death.

The pro-life movement, in large part, began compromising from the early days. When I was a neophyte and working under Mildred Fay Jefferson, MD at the National Right to Life Committee, I began hearing things that greatly concerned me. I was introduced to a red line that differentiated pro-life ethical principles from political realities—or so I was told by some.

At that time, and until his death, I was a huge fan of Father Paul Marx, OSB. He wrote many commentaries explaining the truth to his flock. In his very last one he wrote about the problems with certain birth control chemicals and devices having the potential to cause abortion. In an article entitled “Prophecies of Humanae Vitae,” he wrote:

Contraception’s destruction of the integrity of the marital act—as unitive and procreative—has dire consequences for society and for our souls. Contraception, in other words, is a rejection of God’s view of reality. It is a wedge driven into the most intimate sphere of communion known to man outside of the Holy Sacrament of the Mass. It is a degrading poison that withers life and love both in marriage and in society.

As we know, contraception can cause an abortion. In addition, the contraceptive mentality leads to abortion. This is why pro-life Americans must hold the line, never agreeing to support even one abortion whether in the realm of politics and legislation or in the public square witnessing to the sanctity of human life.

But here we are in 2017, and once again proposed legislation is out there that contains language that protects the act of aborting children in cases of rape and incest or “in the case where a woman suffers from a physical disorder, physical injury, or physical illness that would, as certified by a physician, place the woman in danger of death unless an abortion is performed, including a life-endangering physical condition caused by or arising from the pregnancy itself.”

The problem with such language is not easy to see these days, because for more than 16 years legislative proposals like the Hyde Amendment have included such exceptions. In the intervening years these words outlining which babies can be killed under the law have only become more engrained in the lexicon of “pro-life” politicos. But no matter how you say it, a baby will die if any exception is carried out in practice.

In other words, pragmatism or political expediency are code words for defining language that results in death for some babies.

So the question before us is really quite simple: Should we accept the pro-life status quo or should we sound the alarm over and over again until people begin to see the truth for what it is? The answer is simple: We can never settle for any abortion for any reason. And it is our job to help others see this truth.

Abortion kills a human being—a person just like you and me. No abortion is ever acceptable.

One of my early mentors, Professor Charles Rice, once wrote on the topic of exceptions and the humanity of the preborn child. He stated, “As a non-person the unborn child has no more constitutional rights than does a goldfish or a turnip.”

READ >>  A Virus Worse Than Zika

And when allegedly pro-life proposals move forward with language that permits the killing of the preborn in certain cases, aren’t we legally agreeing that the preborn child is not a human being in all cases—and in fact in some cases is no more valuable than a goldfish or a turnip?

I hope not, but the exception language says yes! To this we must say NO!

Let us make a renewed vow to focus attention on the humanity of the preborn baby from his biological beginning without ever agreeing to the killing of even one of them. Each is a person; each is an individual; each baby deserves to live!

We must give each baby a voice. We must protect each and every one. And we must end this ongoing betrayal of our preborn brothers and sisters.