Most of Us Don’t Want to End Up in a Nursing Home. What Are We Going to Do About It?

Home . Publications . Most of Us Don’t Want to End Up in a Nursing Home. What Are We Going to Do About It? 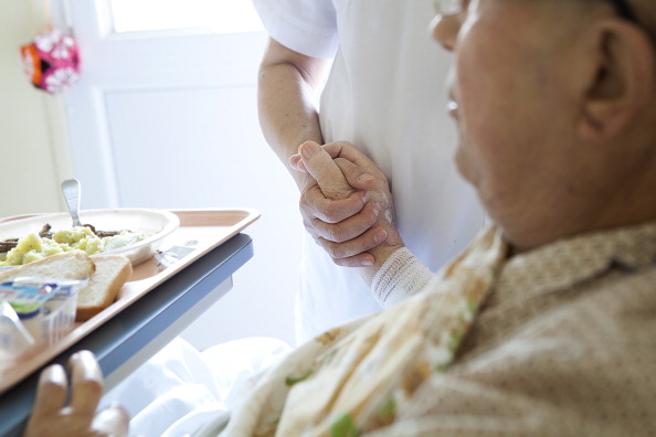 Most of Us Don’t Want to End Up in a Nursing Home. What Are We Going to Do About It?

“Everybody wants to go to heaven, but nobody wants to die,” the saying goes. Today fewer people seem to care about heaven; and as for dying, the euthanasia movement aims to make that nice and easy. One thing most of us would agree on, however, is that we do not want to spend our old age in institutional care.

Yet for the vast majority of us, death will not come suddenly but will follow a period of disability lasting anywhere from months to years. In an ageing world with shrinking families, what options do we realistically have?

Some 72 percent of Australians in a survey conducted for the country’s Royal Commission into Aged Care Quality and Safety indicated they would be willing to pay A$184 per week on average, equating to almost A$10,000 per year, to remain living at home and avoid moving into a residential care facility, even if their health had deteriorated to the extent that they required an intensive level of care and support.

And that was the way they felt before Covid-19 struck and then swept through nursing homes around the world, taking many fragile lives.

Since the pandemic, over half of Australians in a survey by Fifth Dimension Consulting said they were less confident of the aged care system, and 54 percent of those with a friend or relative in a care facility were considering taking that person out of care. For two-thirds this would be a temporary move, but the remaining third were considering making this a permanent change.

Even in normal times, anyone who has spent time accompanying family members or friends in nursing homes knows the feeling, “I hope this won’t happen to me.” It does not have to be a bad place to produce misgivings. Despite occasional horror stories, most facilities that I have visited for any length of time (at least six) have been adequate or better.

The problem is with the institutional environment itself. At an advanced age a person has to leave their home and go to live amongst strangers, submitting to timetables and routines that are not tailored to their personal needs.

They are attended by caregivers who, under the best circumstances, become familiar (increasingly, one reads, there are casual workers) but are never family, and who simply do not have the time to rise above kindness to the level of friendship, or companionship.

(An Australian study found that more than 50 percent of residents in nursing homes suffer from depression compared to 10-15 percent of adults of the same age living in the community.)

If they are not able or free to walk about, they spend most of their time in a little room off a corridor filled with the buzzing of call buttons or the cries of unattended souls mixed with the noise of television sets, utilities and staff chatter. Perhaps the noise is better than the silence of a house in which one lives alone, but not much better.

Then there are the meals that are cold by the time a caregiver gets to feed you – or remain largely uneaten. From my personal experience, the family needs to get involved in feeding a very debilitated relative since it can take an hour or more.

A friend whose mother had to go into care in her mid-80s after a stroke soon began feeding her daily, as well as keeping an eye on many aspects of her care – something she kept up for eight years. “Mary,” whom I visited occasionally, always looked well cared for and although suffering some mental impairment, remained very responsive right up until Covid hit New Zealand and visits were banned. She died two months later, as restrictions were being eased – not of Covid, but of a urinary tract infection that became septic and did not respond to the treatment given.

My friend regards Mary’s death as premature, and preventable by proper care. Also, there is little doubt that, despite Skype talks, the sudden absence of her daughter’s affectionate presence depressed her mother’s spirits, making her more susceptible to infection. Because it’s not just physical care that matters but having someone who loves you at your side.

The Wall Street Journal ran a story a few days ago about a 93-year-old man who moved into his 91-year-old wife’s nursing home at lockdown because he was afraid she would not eat without family helping her (as they routinely did) and that he and their children would never see her again. WSJ reports:

Hillcrest staffers say his efforts have made a huge difference in his wife’s health. “That’s something we can’t do. We haven’t been with her for 70 years,” said Olivia Jacobs, a Hillcrest dietitian. She and others working at the facility say Jack never complains, and is unfailingly gentle: “He’s always having a good day, he’s always happy to see her.…He’s with his love, and that’s where he wants to be.”

And, because caregivers can be as big-hearted as any of us, a bunch of them in one facility in New Zealand moved in with their 22 dementia charges at the beginning of the hard lockdown in March to protect them, spending around six weeks with them. They wanted them to feel secure and loved.

Age-related dementia is one of the reasons that some form or forms of institutional care will remain necessary as the populations of advanced economies age, and many grow very old.

In New Zealand, according to a 2019 report, the average age of entry into aged residential care is 85, with residents frailer than in the past. “Over half of residents have some form of cognitive limitation, and many have multiple co-morbidities.”

These frail old people require a level of care that demands trained medical and nursing staff who at present are not always available in sufficient numbers. Funding is always an issue.

A group of Auckland University School of Nursing academics wrote in May defending care homes following Covid deaths here. They pointed to a lack of (government) funding for proper staffing, given the need for 24-hour nursing care: “Although resident needs are often similar, the daily rate paid to care homes is between one half to one-fifth that paid to hospitals and hospices.”

They also pointed out: “The building of new aged care facilities is now mainly supported through the profits of retirement villages, and privately paid ‘premium charges’ are now common … creating a two-tiered residential aged care system.” In other words, some aged persons are likely to get a better experience than others.

Retirement villages change the care system in another way. By providing different levels of supported living, they encourage reasonably healthy over-70s to sell their home and move onto the first rung of the care ladder, which is independent living without the hassles of home maintenance and with many services and community activities laid on.

This has obvious advantages both for older adults and their children who don’t have to worry about mum and dad, if the latter’s cashed up assets and income are sufficient. Those who don’t own a house do not have this option and, anyway, it raises questions about family ties – whether it’s a disincentive to keep a close relationship with your aged parents or parent.

It’s not impossible to look after the frail elderly at home – we have done it in our family – but it requires a considerable amount of help, most importantly to cover around the clock supervision and some hands-on care. Yet, where possible, it seems preferable. At least those who are mobile and not too debilitated by dementia or other diseases could be cared for at home with the help of subsidised services many governments offer.

READ >>  The Secret to Ending Euthanasia: Valuing the Elderly

The question looming over “ageing in place,” of course, concerns the family. Little seems to be gained by encouraging the aged to stay in their home if they live alone, although some might insist that they prefer it. Yet the family today is often small and fractured, and unable to provide close support. This is a big issue to be explored in another article.

For the moment, it is worth pondering the example of Greece.

Writing in Harper’s Magazine about the death toll Covid has taken in nursing homes in America, Andrew Cockburn sources the problem to the whole idea of “warehousing” the elderly in institutions and to the neglect which he seems to think is endemic in the government-subsidised, for-profit system (he gives some shocking examples). But in his conclusion he cites a World Health Organisation statistical table that points to, he suggests, “a more fundamental truth.”

It tabulates the number of nursing-home beds per hundred thousand people in each European country. Sweden scores very high—1,276 per hundred thousand. Britain is also high, at 847. The same computation puts the United States at 515. Greece, on the other hand, whose citizens tend not to put their elderly relatives in homes and still regard their care as a family responsibility, scores a mere 15.

The disparities in casualty rates are equally striking. In terms of deaths per hundred thousand, Sweden’s rate is 53; the United Kingdom comes in at 66; and the United States has 39. Greece, meanwhile, despite having the largest proportion of elderly people in Europe, has so far escaped with a mere 2 deaths per hundred thousand. One might almost conclude that the death toll that has so traumatized and destabilized much of Western society in 2020 was not wrought principally by the coronavirus, but by nursing homes.

Ideally, we might emulate Greek family relationships and arrangements (or move to Greece to grow old) and abandon the institutional-care approach in favor of a model where the bottom line is not the driving priority.

There are perhaps other reasons as well as family feeling behind the relatively few people in Greek nursing homes. But even without such incentives, it might be salutary to consider what can be done to keep the aged among us and leave institutional care for those needing intensive nursing and palliative care.

This article has been reprinted with permission and can be found at mercatornet.com/most-of-us-dont-want-to-end-up-in-a-nursing-home-what-are-we-going-to-do-about-it/65941.