Moral Chaos and the Crisis of Faith

Home . Publications . Moral Chaos and the Crisis of Faith 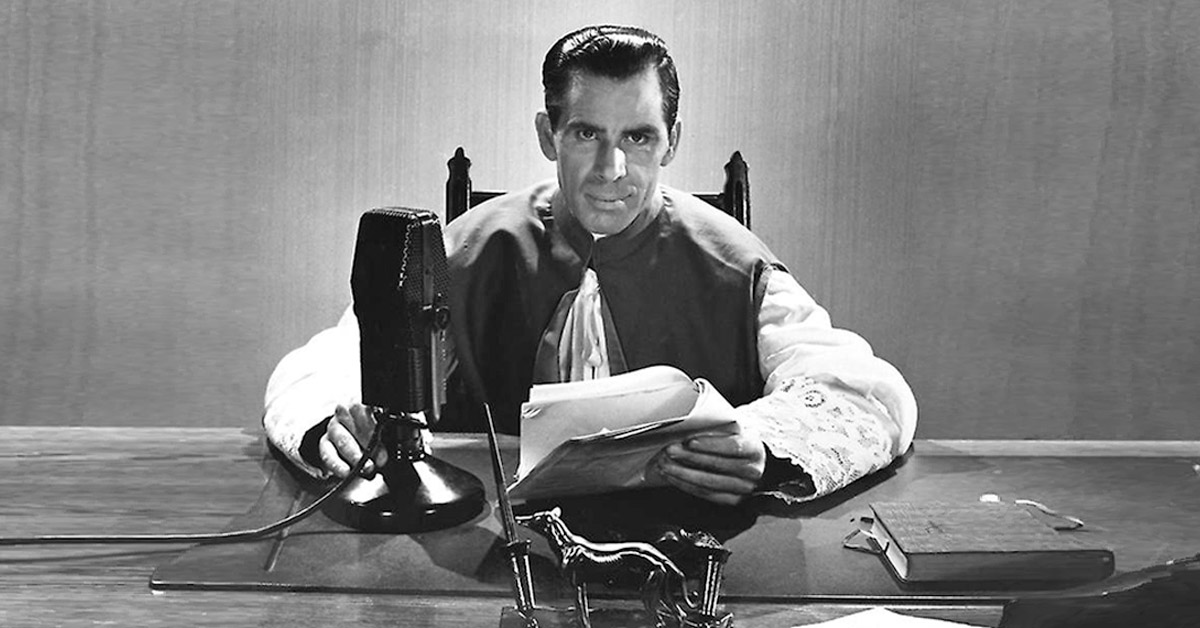 Moral Chaos and the Crisis of Faith

Venerable Fulton J. Sheen spoke prophetically in a 1947 radio address of a coming era when religious principles would cease to inspire social, political and economic life. He predicted a future when man would forget his obligations to God imposed for his and the world’s benefit. A time when religious faith, informed by man’s intellect, would be replaced by faith only in himself, a religion without God. We are witnessing the fulfillment of that prophecy in our day. Believing himself free and self-governing, man chooses to be enslaved to his unchecked passions and disordered thinking. This dystopia of chaos is present now.

In a spiritual classic published in 1937, “The Holy Spirit,” Father Edward Leen acknowledges that even at that time, “society is almost wholly de-Christianized . . . (man’s) system of thought . . . his tastes and his judgments . . . as an individual or as a social being . . . is . . . corrupted by the prevailing errors.” In that same radio address, Archbishop Sheen continues: “(t)he battle lines are already being clearly drawn and the basic issues are no longer in doubt. From now on men will divide themselves into two religions-understood again as surrender to an absolute. The conflict of the future is between the absolute who is the God-man and the absolute which is the man God; the God Who became man and the man who makes himself god; brothers in Christ and comrades in anti-Christ.” The enemy’s mission is rooting out the remnants of Christian faith.

It is notable that as the percentage of Americans who belong to a church decreases (47% compared to 71% in 1975) news of social, political and moral disorder increases. The percentage of American adults identifying as Christian is 65%, a decrease of 12% over the past decade. Christianity’s influence over America’s cultural, political life and moral life, despite flashes of moral rectitude, as when state governments attempt to restrict abortion, is arguably at its lowest point. As Christianity and especially Catholicism steadily lose adherents moral disintegration accelerates. Child killing, the breakup of the family, pornography, disordered ideologies of sex and gender (and their practices), and substance abuse and addictions give evidence for the ebbing (and ending) of Christian-based morality. It is as though the gates of hell have opened yet wider, scattering seeds yielding an overabundance of iniquitous fruits: darkened intellects, sensuality, effeminacy and malice. An illustration is a recent case of an irrational judicial overreach where a Canadian judge issued an arrest warrant for a father whose “crime” was calling his biologically female child his daughter, thus referring to her by the “wrong” pronoun.

The Church’s civilization-building and dignity-affirming anthropology is under attack and undefended. Christianity’s demographic decline and the loss of the Church’s moral leadership in society are directly related to the crisis of faith. Among regular Mass goers there is evidence of a growing ignorance, indifference, or both as regards essential Church doctrines and non-negotiable moral teachings. Research demonstrates a majority of Catholics no longer believe in the Real Presence, the very source and summit of the faith. On abortion a majority of Catholics (56%) favor legalization. Catholics significantly support (61%) homosexual “marriage.” Finally, acceptance of assisted-suicide/euthanasia is increasing among Catholics; in a recent poll only 45% believe it to be an intrinsic evil. The Church scandals and weak leadership are justifiable targets to account for the demographic drift that is occurring particularly among the young. But the crisis of faith, the cause of the moral drift, is due to generations of defective catechesis and conscience-formation. The clear moral voice of Catholicism has become muffled, leaving a vacuum that is being filled by relativism and utilitarian ethics which unceasingly assault human dignity.

The impression, especially from this past year, is that some bishops and clergy have forgotten their primary mission: to save souls. In fact, many have submitted to a growing governmental hegemony which threatens organized religion, perhaps irrevocably blurring the line separating church and state. The bishops, priests and laity are obliged by the First Commandment to nourish and to protect the faith with “prudence and vigilance, and to reject everything opposed to it” (CCC 2088). Years of poor instruction yielding a weakening and impoverishment of the faith has given over to confused and immoral times. Saint Paul reminds us: “How shall they believe him, of whom they have not heard? And how shall they hear, without a preacher? And how shall they preach unless they be sent. . . . Faith then comes from hearing, and hearing by the word of Christ” (Romans 10:14-15, 17). The crisis of faith is the primary responsibility of the clergy, certainly. But it is also the responsibility of the laity to guard against becoming those who “will not endure sound doctrine (and who) according to their own desires” seek teachers to say what their “itching ears” desire to hear (2 Tim 4:3). Saint Paul’s warning is especially apt among those with an excessive desire for human praise and acceptance, and who deliberately avoid preaching hard sermons expressing so great a love as to teach the truth. Faith comes from hearing the gospel preached whole and undefiled by sentimentality and/or political correctness.

“(B)y rejecting conscience, certain persons have made a shipwreck of their faith” (1 Tim 19).  The culture’s moral free fall is primarily due to the sin against the faith. The restorative mission of the Church is to renew the faith of her people. First the Church and her ministers must rediscover their primary mandate is to save souls. It is not to preserve the bodies of the faithful without regard to their souls. Zeal for God’s house must once again consume them and confirm them in this awesome work. The bishops must restore the Sunday obligation, a divine commandment that should not have been abrogated. Lastly, both clergy and faithful must seek to follow the example of Our Lord in His humility because it is into a humble heart that graces flow. “The beginning of the pride of man, is to fall from God. Because his heart is departed from Him that made him: for pride is the beginning of all sin: he that holdeth it shall be filled with maledictions, and it shall ruin him in the end” (Ecclus.10: 14-15).

Faith nourished in humility equips one to overcome the vulnerability to temptation and inclination to sin. We know that faith even the size of a mustard seed, that is, perfect faith, is capable of courageously carrying out God’s will amidst disorder and threats. Such faith informs our prayers, our works and our conscience. Faith is the pathway to personal holiness that ordains, that is, helps to restore order to the world and illumines the Way to salvation. Our hope remains in God because we know that “whatsoever is born of God, overcomes the world; and this is the victory which overcomes the world – our faith” (1 John 5:4). Pray for holy Church, her ministers and the Church militant that the Holy Spirit will enkindle such faith to stand firm against the enemies of Christ. Victory in this life may not be ours – that is a matter for God’s omniscient providence.  Nonetheless, we should not be without great hope, because Our Lord is constantly praying for us and for His Church, “(a)nd not for them only (the bishops) do I pray, but for them also who through their word shall believe in me” (John 17:20).

Dr. Ralph Capone (MD, FACP) is a lifelong Roman Catholic and a board-certified physician in Internal Medicine and Hospice & Palliative Care. He is also certified by the National Catholic Bioethics Center and taught Catholic Bioethics at St. Vincent College and medical subjects in the Physician Assistant Program at Seton Hill. He is now retired, and he and his wife live in Pittsburgh, PA, where he spends his time writing. His writing has appeared in Ethika Politika, Ethics & Medics (a publication of the National Catholic Bioethics Center) and also their bioethics journals.

This article has been reprinted with permission and can be found at onepeterfive.com/moral-chaos-and-the-crisis-of-faith.