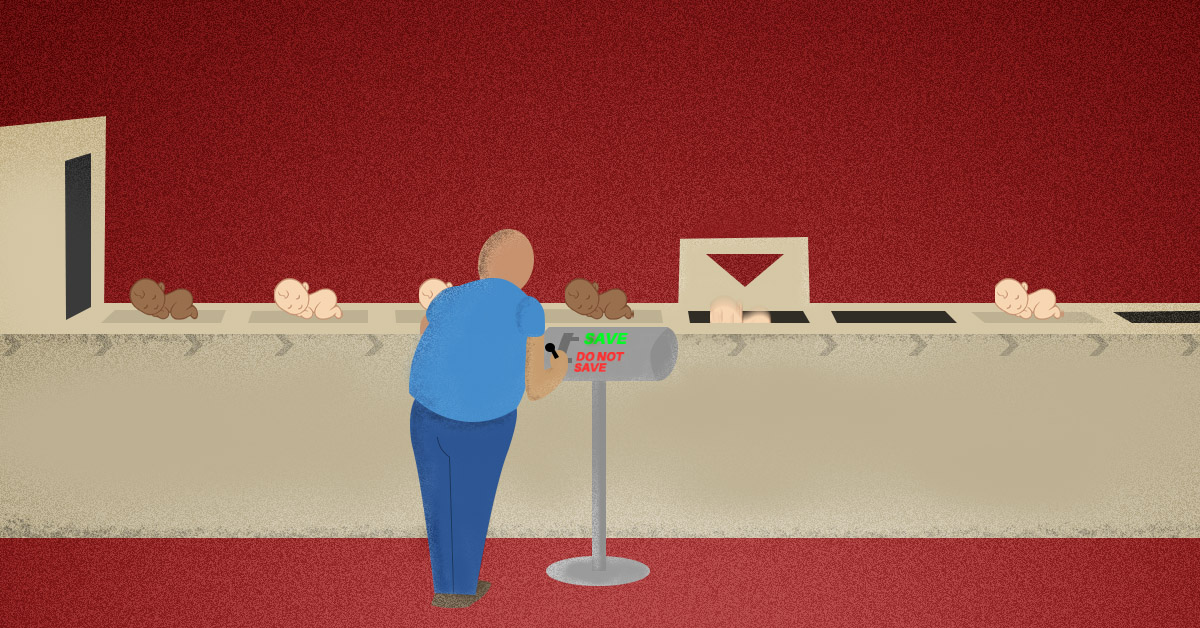 The Mississippi law that the Supreme Court has recently chosen to hear is called the Gestational Age Act. This law purports to “prohibit abortions after 15 weeks’ gestation.”

In other words, all preborn children who are younger than 15 weeks gestational age will not be protected by this law. Additionally, since gestation is calculated from the first day of the mother’s last menstrual cycle, the law is actually protecting babies who are 13 weeks old or older.

But according to the Centers for Disease Control’s Abortion Surveillance System report, 92.2% of abortions were performed at or before the 13th week gestational age, which means that Mississippi law does not protect 92 percent of aborted children in that state.

Among those babies who could be protected by the law, there is an exception clause that provides permission for aborting a child. The exception occurs “(in most instances) to save the life and to preserve the physical health of the mother.”

Further, the Mississippi law will not protect babies with fetal abnormalities such as Down syndrome. This law therefore protects eugenic abortion—the selective termination of babies deemed to have certain anomalies prior to birth and thus deemed imperfect.

This is why we believe that this law is a sham. It fails to protect all babies who happen to survive to 13 weeks of life (15 weeks gestational age). And yet the crowd of pro-life reporting has gone wild.

Some claim the law is a ban on 15-week gestational age abortions, even though it is not.

Some claim: “If Mississippi wins the case at the Supreme Court, however, the ruling could provide the legal basis for other state bans, including so-called ‘heartbeat bills’ to prohibit abortions after an unborn child’s heartbeat can be detected. Preborn babies’ heartbeats can be heard as early as six weeks, which is nine weeks sooner than the 15-week limit in the Mississippi law.”

But nobody can truthfully argue that any of these laws are actual bans when there are always exceptions that legitimize murder of the preborn, no matter their age.

Josh Hammer, a Newsweek magazine opinion editor, actually suggested that this flawed law, being decided by what he calls “a nominally conservative Court” is in line to “also decide the life-or-death fate of the legal conservative movement itself.”

Mr. Hammer delves into the reasons why a favorable decision from the Court on the Mississippi law, given the presence of the Biden-Harris regime, could be nearly impossible. Hammer concludes:

The legal conservative movement was primarily founded on this issue. If, after all these decades and finally securing this right-leaning court majority, it cannot overturn Roe or even make a severe dent in the hopeless muddle that is Casey, the verdict will be in. It will not be pretty. The movement will have failed.

And there it is.

You see, nary a word is spoken—not even by many of our allies—about the person who dies during every abortion, even though we know that, no matter how a human being is created, each is a child of God. Instead, the talk is of politics, false bans, and other evils that have little to do with the truth that God is the author of every human being’s life, and each person is precious to Him.

Such political maneuvering paves the way for phony bans parading as genuine bans, gestational ages that are not accurate indicators of the age of these babies, and so on. The politics are so fraught with error that it boggles the mind.

So let’s be clear. This Mississippi law is not only flawed, but it’s really messed up!