Home . Publications . January 22: A Memorial Day Like No Other 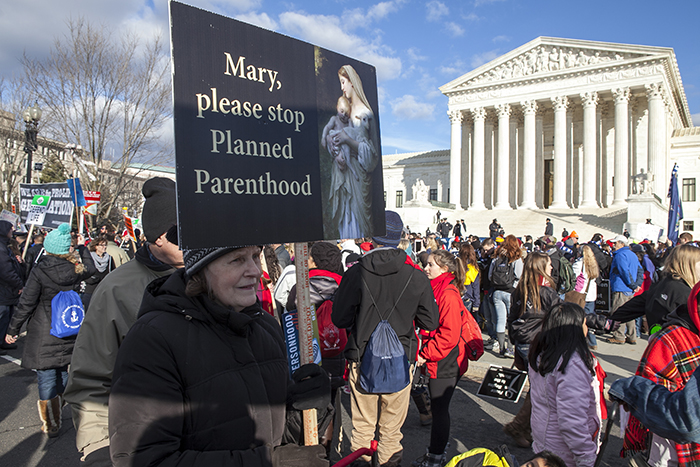 Today, people from all over the country are joining together to stand up for preborn babies who cannot stand up for themselves. The March for Life in Washington, D.C. is an amazing event that brings to light the horror of abortion, the millions of lives lost, and the abhorrence we should all feel when we think back to that fateful day in 1973. Today’s commentary examines this landmark case and challenges us to make a difference in our world.

In 1973, two United States Supreme Court decisions forever changed the nation’s attitude toward pregnancy, family, and the gift of a child. What was once assumed to be part of the nation’s landscape, foundation, and character fell prey to excessive carnal appetites with the stroke of a pen.

Seven men robed in black declared that preborn children are not persons, that expectant mothers have the right to hire a killer if they choose to no longer be pregnant, and that fathers have no standing to defend against the death of their children.

On that day the value of a single human being’s life was cheapened and the march toward eliminating the allegedly unwanted began to take many new twists and turns.

But Roe v. Wade and Doe v. Bolton did not happen in a vacuum. Nearly 60 years had been spent constructing the gallows from which the effigy of decency would eventually hang.

Turning the tide, by promoting birth control, was Margaret Sanger’s quest to free women from their unique capacity to bear children. As founder of Planned Parenthood, Sanger believed that sex devoid of pregnancy should be available to everyone. This belief led to the creation of an organization determined to corrupt the lives—when it is not taking the lives—of innocent children.

Over the years Planned Parenthood Federation of America and its allies hosted innumerable conferences dedicated to propagandizing physicians, politicians, members of the press, and academics regarding the practice of contraception, the need for it, and the reasons why abortion had to be a back up to the failed condom or pill. The driving force during the 1950s and 1960s was Alan Frank Guttmacher, MD, who was committed to “safe and legal” abortion as early as 1952. Driven by what biographers say was his experience as a medical intern witnessing a woman die from a botched abortion, Guttmacher spent his life advocating for abortion rights. He eventually became the president of Planned Parenthood in 1962.

Since their inception, Planned Parenthood and its cronies have worked tirelessly to redefine pregnancy, refine arguments that abortion was safer than pregnancy, and deny that the pill could abort a child. Their two-step plan involved first creating a climate where the practice of contraception would become as American as apple pie. The second step was the legal affirmation of abortion. It was considered to be an enormous undertaking, but one for which Planned Parenthood was not only prepared, but heavily funded.

Imagine it. While basic biology makes it clear that a human being begins at his biological beginning, Planned Parenthood succeeded in persuading the medical community and the public that pregnancy begins at implantation—eight days after the human actually begins.

It is statistically well known that abortion is never safe for the preborn child and is usually harmful to his mother as well. Yet Planned Parenthood denied these facts and relentlessly pursued the fictional fact-finding it needed to sustain its income, its client base, and its influence on policy makers at every level of education and government.

By the time January 22, 1973, came around, the Court was politically prepared to issue the decision that approved killing by defining it as nothing more than a woman’s decision. Today, so many millions of children have died at the hands of abortionists, from medical abortion pills, and from the use of chemical contraception—not to mention the killing of the preborn in IVF labs—that it is impossible for the average person to comprehend the numbers. Perhaps that is why abortion continues to be used in so many different ways and for so many selfish reasons.

The sexual propagandizing of America has taken a long time to become effective, but success has been achieved.

So on this memorial day like no other, take a moment to contemplate this truth: Until sexual perversity, sexual promiscuity, and infidelity within marriage become the abominations they once were, no law, no court, no body of individuals will end the insanity we know as abortion.

We are dealing with evil; the devil has orchestrated this agenda. We are called by God to unravel it, expose it, and work to restore moral sanity. God help our nation if we fail.

American Life League has a mission of building a culture of life. Our national scope, our positive and effective efforts to develop a young generation of pro-life evangelists, and our number-one status as a threat to Planned Parenthood deserve your support.

Ask yourself: “How can I build the culture of life today?” Browse our website at ALL.org. We provide articles and inspiration that will equip you for the mission.

In addition, you can make an immense difference by generously donating to American Life League. Partner with us today and make a true impact toward a culture of life! Click here to donate. You can help save a life.