‘Humanae Vitae’ Has Detractors and Deceivers 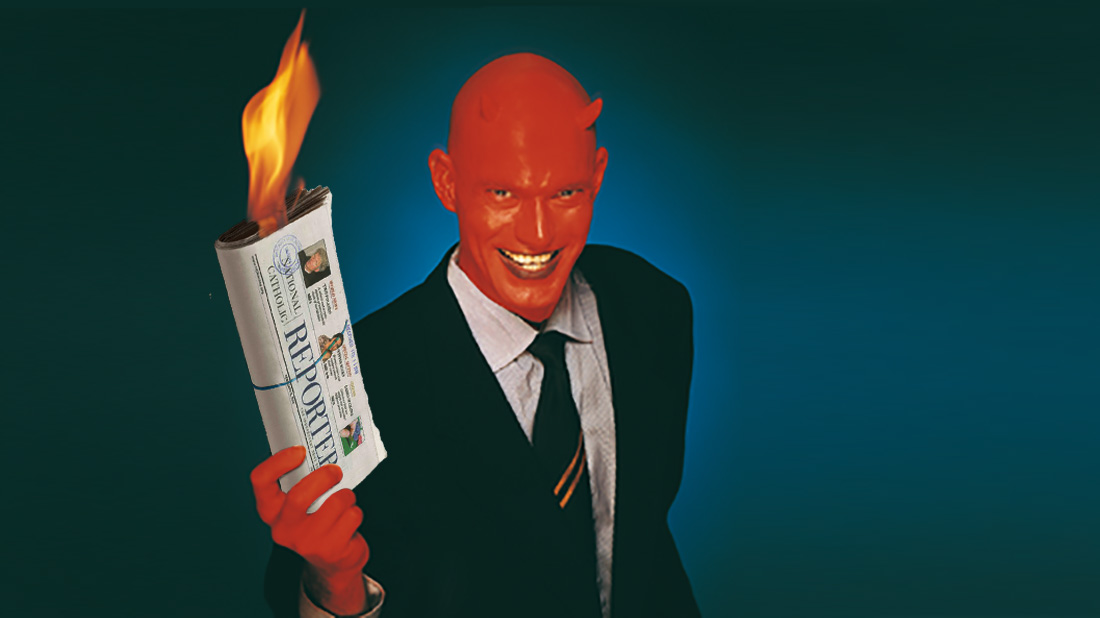 ‘Humanae Vitae’ Has Detractors and Deceivers

It is astounding that 50 years after the public release of Pope Paul VI’s Humanae Vitae there are still so many people who misrepresent this beautiful teaching in order to advance their bogus agenda.

For example, the National Catholic Reporter recently published an article entitled “Humanae Vitae’s Ban on Contraception Causes Suffering.” The article defends dissent from the teaching of the encyclical because “89 percent of American Catholics believe that contraception is either morally acceptable or not a moral issue at all, making an almost irrefutable case that Humanae Vitae‘s descent into irrelevance has only deepened with time.”

Along with this arrogant dismissal of a moral truth, the writer tells us that among the poor and suffering of the world, Catholic teaching on contraception is the basis of deaths from illegal abortion and more. The article is a rant but one with a purpose—to further diminish truth and deny God’s authority.

The National Catholic Reporter says that among the poor and suffering of the world, Catholic teaching on contraception is the basis of deaths from illegal abortion. What an arrogant dismissal of a moral truth!

Upon seeing the article, insightful Catholic journalist Phil Lawler asked a simple question that bears repeating. He wrote: “Can you name a form of contraception that does not cause suffering—either by failing or by harming the person (almost always the woman) who uses it—and then possibly failing as well?”

And we would ask the writers to tell us since when have polling results diminished a truth as old as the Church herself!

Good questions, but the NCR ignores the actual facts because answering such questions honestly does not suit its skewed tale of woe.

And it is not alone. The Catholic Church is full of people who refuse to acknowledge the powerful message of this incredibly wise teaching, choosing instead to denigrate it at every turn.

Archbishop Charles Chaput points out that Humanae Vitae is criticized because Catholic clergy, theologians, and others do not want to accept it.

Chaput put his finger on the reasons why when he said: “Our culture isn’t reverting to the paganism of the past. It’s creating a new religion to replace Christianity. It’s that we understand that today’s new sexual mores are part of this larger change.”

In other words, it is easier to live as though God and His laws do not exist. But as we know, those who preach such folly do so at their own peril.

Such people cheat themselves in the process of detracting from Pope Paul VI’s message as they choose to embrace evil instead of preaching God’s goodness.

The Gift of Humanae Vitae

Pope Benedict XVI did not fail to see this, writing that in the light of Humanae Vitae, “Children are no longer the objective of a human project but are recognized as an authentic gift, to be accepted with an attitude of responsible generosity toward God, the first source of human life. This great ‘yes’ to the beauty of love certainly entails gratitude, both of the parents in receiving the gift of a child, and of the child himself, in knowing that his life originates in such a great and welcoming love.”

That is indeed the gift that Humanae Vitae shares with anyone who reads it with a sincere desire to understand it.

There is nothing negative in the message; there is nothing harmful in the teaching. Humanae Vitae is rich in wisdom, teaching us how better to appreciate the meaning of marriage, of procreation and of God’s love.

As we learn in Humanae Vitae #13, ”to experience the gift of married love while respecting the laws of conception is to acknowledge that one is not the master of the sources of life but rather the minister of the design established by the Creator.”

Imagine what a wonderful world this would be if we revered marriage in its God-ordained design as ministers of His love! What a contrast with the suffering, heartache, and death that surrounds us in this sexually saturated society in which we live.

It is up to us to set the record straight.  It is our privilege to do so.