Human Respect in a Toxic Climate 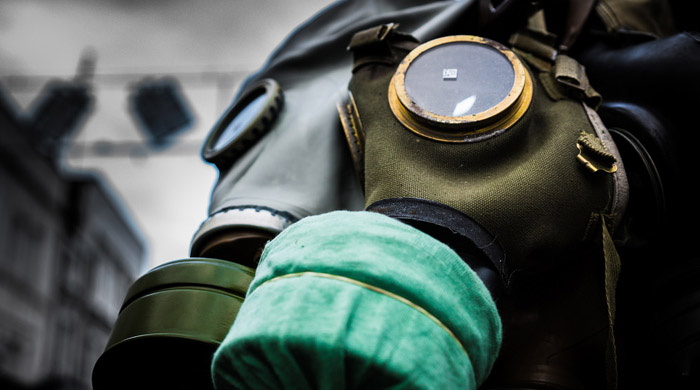 Human Respect in a Toxic Climate

Gilbert Keith Chesterton once wrote that “a society is in decay, final or transitional, when common sense really becomes uncommon.”

Today we can safely say that America is in such a state. Far too many have forgotten that human sexuality is a gift from God. Even Christians have—in many cases—chosen not to know and believe that “in the Christian mystical tradition, conjugal love has always been considered a symbol and image of God’s love for us.” Instead, we treat sex as a toy that can be bandied about, distorted, kicked, insulted, and otherwise made to look like a social football rather than the precious gift it is.

In the case of alleged sexual misconduct, for example, the rules have changed. Normally, “when an accusation is made, the first rule of our society and our laws is that the accused are innocent until proven guilty.” But in today’s culture the opposite is the norm—at least in some cases. We see this in a women’s clothing line that has created a sweatshirt publicizing a list of the men who have fallen under the allegations of inappropriate sexual conduct. Since the shirt is inspired by politically motivated feminist rhetoric, included in the list is, of course, the president of the United States.

Furthermore, voters in Alabama recently faced what an NPR reporter described as a conundrum regarding certain allegations: “Embrace Democrat Doug Jones despite his liberal stance on abortion and other social issues or vote for Moore anyway even if they believe there is some truth to the sexual assault allegations against him.”

This gives us pause to ask a simple question: Is an allegation the equivalent of a known, verifiable fact?

On the subject of unproven accusations, we know that St. Paul explained this to Christians in his day: “You may be quite sure that in the last days there will be some difficult times. People will be self-centered and avaricious, boastful, arrogant and rude; disobedient to their parents, ungrateful, irreligious; heartless and intractable; they will be slanderers, profligates, savages and enemies of everything that is good; they will be treacherous and reckless and demented by pride, preferring their own pleasure to God.”

Let’s compare these recent headline grabbing, sensationalist stories with some of the other blather in the headlines today that passes for objective reporting or lucid opinions. The latest title from the libertarian Reason argues that abortion is a “get-out-of-jail-free card” for Republicans. Once again, the killing of a baby—an objective provable fact—is nothing more than a political game card.

And that is my point. Whether we in the pro-life movement care to admit it or not, we live in a toxic culture that has been saturated with propaganda that begins in kindergarten. Why else would we see our airwaves and our news sources filled with stories often replete with innuendo and half-truths? We are sensationalists. We like the hype because it takes our minds off the real tragedies of the day, like killing one preborn baby every 30 seconds. Americans do not want to think about that, but give them a juicy tidbit about someone the media tells them is unworthy and off we go!

Chesterton was, in my opinion, defining our society when he wrote that “a society is in decay, final or transitional, when common sense really becomes uncommon.”

If it were not so, we would not be absorbed with rumors and allegations. We would be fighting to save the real victims of our time—the innocent babies whose lives came into being because of sexual activity and whose lives are ended because of our denial of the truth.

A toxic climate leaves no room for human respect! We must work to reverse this trend.

Teach your children that human dignity and respect for love and life begins at the beginning and never ends regardless of age, health, or condition of dependency.

Expose the lies and learn why organizations like Planned Parenthood are poisoning the minds and killing the souls of our children.

Get involved in your community by serving a local pregnancy care center or protesting at the local abortion mill. Spread the good news that people of every age from creation to death deserve our love, respect, and protection.