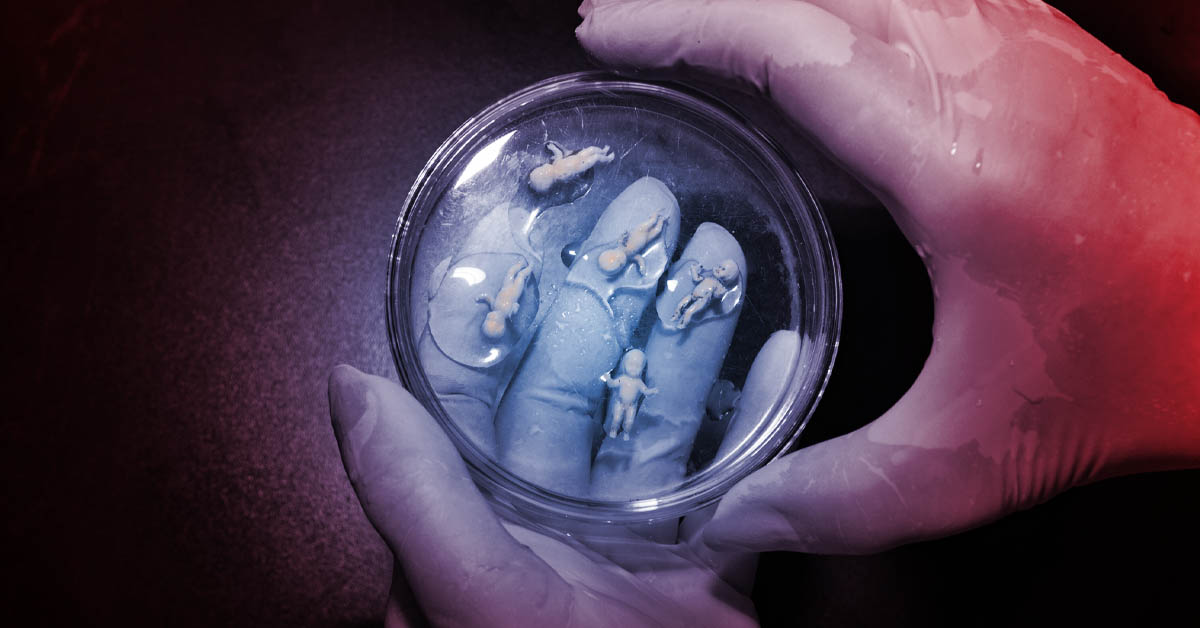 Politicians in Washington, DC, have recently moved to support research that permits experimentation for the purpose of creating “animal-human” hybrids, thus upping the ante for those who view human embryos as simple cell matter.

Thankfully, there are some elected officials opposing such research, but in light of the stakes in the game, we must ask this serious question:

Why would any thinking human being—including politicians—wish to provide support for experimentation that subjects a member of the human race to such atrocities?

However, this specific question is never asked. While senators such as Oklahoma’s James Lankford say: “We shouldn’t need to clarify in law that creating animal-human hybrids or ‘chimeras’ is ethically unthinkable, but sadly the need for that very clear distinction has arrived,” the sad truth is that this discussion has been ongoing for more than 40 years, and the defense of the innocent human being continues to be an uphill battle.

This current debate regarding the use of human embryos in research began when the Illinois-based International Society for Stem Cell Research made the suggestion in a new set of guidelines published this year that regulations should be modified to allow more research on human embryos. The ISSCR proposal specifically recommends an end to the 14-day rule currently in place. This rule prohibits research on human embryos after their 14th day of life.

But not all scientists are in agreement with the ISSCR proposal. One such person is J. Benjamin Hurlbut, an Arizona State University bioethicist who said in an e-mail to NPR: “Do we really need to hark back to Mary Shelley to remind ourselves that the production of monstrosity may well grow out of a misguided sense of the good—combined with the thrill of the power of control over life? What is at stake here if not that?”

We agree and said: “All the 14-day rule has ever done is set an arbitrary limit on which embryonic human beings can be killed and which cannot.”

Such immoral man-made rules not only defy the science but put born people in the position, once again, of determining by law who lives and who dies.

The real problem with this latest trend in the scientific community is really quite simple. Once society chose to collaborate with and celebrate the decision of seven men to deny that anyone prior to birth had a right to life, the powers of darkness began to flourish in earnest.

We kill babies and call it a human right. We experiment on their bodies and call it scientific progress. Clearly, science, politics, and perhaps much of humanity in general have lost their way.

We have forgotten the simple scientific fact that a unique human being begins to exist at the beginning of the fertilization process. At that moment he is an individual in possession of his personal DNA, distinctively him and no one else.

And yet in today’s schizophrenic rush toward absolute disdain for our fellow human beings, man has created numerous cultural ills that contribute to the current rush to slice and dice babies who have been deemed non-human. St. John Paul II saw this coming many years ago, writing shortly after the end of World War II:

I devote my very rare free moments to a work that is close to my heart and devoted to the metaphysical sense and mystery of the person. It seems to me that the debate today is being played out on that level. The evil of our times consists in the first place in a kind of degradation, indeed in a pulverization, of the fundamental uniqueness of each human person. This evil is even more of the metaphysical order than of the moral order. To this disintegration planned at times by atheistic ideologies we must oppose, rather than sterile polemics, a kind of “recapitulation” of the inviolable mystery of the person.

Until our current culture recaptures that sense of mystery of the human person, we can expect more game play involving human beings. This disintegration of civility that exists all around us will only get worse until we—the people of God—inspire others to turn from their wickedness.

Human embryo game play is evil. Why can’t every one of our fellow Americans say this out loud?