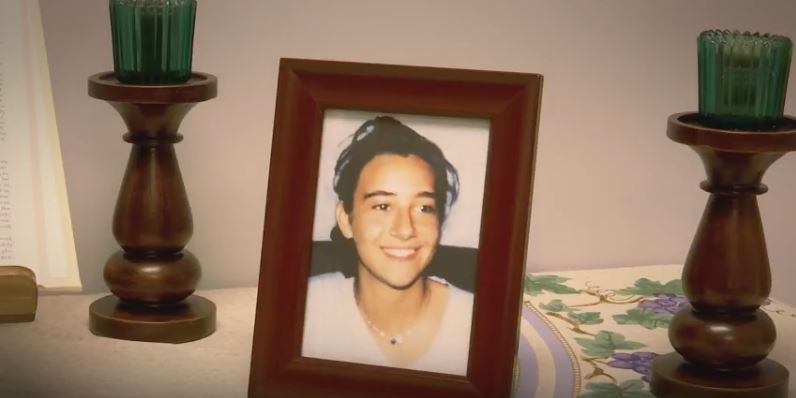 A man drenched in blood hangs on a cross, struggling to respire His final haggard breaths. As the nails dig into His wrists and He cries out, “It is finished,” the sign above His head blows in the wind, announcing that this is “Jesus of Nazareth, King of the Jews.” This is God, a battered corpse on a cross. Yet Christians know that no matter how gruesome the crucifixion appears, Sunday’s rosy dawn is approaching. In Luke 9:23, Jesus tells His disciples, “If anyone wishes to come after me, he must . . . take up his cross daily and follow me.” In a world where suffering is viewed as an evil that should be avoided even at the cost of human life, Christians must valiantly bear their crosses to effectuate a culture of life. The courageous suffering of individuals, such as Blessed Chiara Luce Badano, demonstrates the sanctity of every human life and reveals the innate dignity that the cross confers on all suffering.

According to the grim culture of death, the greatest evil that the world faces is physical or emotional suffering. Freedom from pain is a primary argument employed by the pro-abortion movement. Abortion supporters hold that, because pregnancy or childcare can be a physical or financial burden, a woman has the right to pay for doctors to murder her own preborn infant. They claim that grisly dismemberment is a humane option for a baby with a serious illness or defect, preferring to end an unrepeatable human life rather than cause a child to suffer outside the womb or for his illness to inconvenience his family. This fear is also the impetus behind end-of-life issues. Euthanasia and physician-assisted suicide are promulgated so that the handicapped and terminally ill can avoid pain. Chronic suffering is viewed by the culture of death as completely unnecessary and a greater violation of the human person than a doctor helping a patient end his own life. The terminally ill are told that their strength lies in having control over the hour of their death and in avoiding pain, employing the euphemism “death with dignity” as a façade for suicide and murder. While anyone would weep for an individual suffering such misery, human life is the greatest gift from God, and its dignity is never diminished by suffering or inconvenience. Beauty can flow from the deepest wounds, and Christians must demonstrate this to a culture that cannot imagine a greater evil than ephemeral suffering.

READ >>  Do You Know Margaret Sanger?

Although modern culture views suffering as an inherent evil, Christians consider it a sacred gift. Christ’s daunting command in Luke 9:23 should not be viewed as an imposing order, but as an invitation to encounter greater intimacy with Christ. Romans 8:28-29 states,

“We know that all things work for good for those who love God. . . . For those he foreknew he also predestined to be conformed to the image of his Son.”

Christians believe that suffering is an opportunity to “become conformed to the image” of the Son, uniting their pain with that of the crucified Jesus and offering it to the Father for the salvation of souls. This sanctified comprehension of suffering leads Christians to have faith that goodness can spring forth from the greatest struggles. Catholic author J.R.R. Tolkien writes of a “eucatastrophe”—the concept that, in moments when all appears lost in utter darkness, light can triumph. This concept originates in the ultimate eucatastrophe of the crucifixion, in which the most painful death in history and the most heinous sin of deicide brought about the world’s redemption. If the darkest day in history has been transformed into “Good” Friday, then God can transfigure all suffering—whether it is day-to-day hardship, an unplanned pregnancy, or a serious illness—into a glorious resurrection, either in this life or the next.

As Christians struggle to hearken to the call of the cross, Blessed Chiara Luce Badano shines as an exemplar of embracing suffering. In 1988, 17-year-old Chiara, a devout Catholic yet ordinary teenager, was diagnosed with aggressive bone cancer. After hearing the diagnosis, Chiara endured a 25-minute Gethsemane-like trial of accepting God’s will for her life. But after that internal struggle, her faith never wavered. Rather than accept her painful cancer with discouragement, Chiara took up her cross with a vivacious joy that illumined her face even on her deathbed. In every moment of excruciating pain, and as her hair fell out from chemotherapy, she joyfully exclaimed, “For you Jesus: If you want this, so do I!” (Life – Illness). After a night of agonizing pain, she explained, “I suffered a lot, but my soul was singing” (Blessed Chiara Luce Badano). Chiara’s young death would be viewed by the culture of death as an utter tragedy deprived of any light. But the girl’s smiling countenance moments before her death reveals that purpose, beauty, and even immense joy can exist in tragic suffering if one surrenders to God’s will and fully accepts Christ’s invitation to take up the cross.

Bl. Chiara Luce Badano was determined to leave behind a legacy for Christ, and indeed, her witness to the gospel and the cross has helped establish a culture of life. Through her suffering, Chiara was able to powerfully serve others, taking long walks with a depressed, drug-addicted girl at the hospital and lovingly inspiring those who visited her. Her graceful oblation of pain demonstrates that terminal illness is not worthless turmoil and offers hope to those facing horrific suffering. Although it is vital for all Christians to play an active role in the pro-life movement, the culture of life is also built by everyday witnesses to the beauty and value of human life in all seasons. The valiant embrace of even the most menial cross works to defy the culture of death’s disdain for temporal suffering. The joyful and loving acceptance of suffering offers courage to those considering a “simple” way out of the burdens of a crisis pregnancy, terminal illness, or other major hardship. Like Bl. Chiara, all Christians can fight the culture of death by demonstrating dignity in suffering and revealing that even in moments of pain, life is a sacred gift of incomprehensible value.

As He dies, Christ gazes upon the young woman in a crisis pregnancy, upon the man with a terminal illness, upon the young person entrenched in despair, and upon each soul. “Follow me,” He whispers. Christians, and therefore pro-life advocates, must respond to this call to suffering. In doing so, a Christian reveals the beauty of the cross to those tempted by the “easy” solutions of abortion, euthanasia, and suicide, and demonstrates the inherent value that human life possesses at every moment. Through taking up one’s cross, hope can be extended to the hopeless, and the glory of the Resurrection can be unveiled to a culture shrouded in the mist of death.

This article has been reprinted with permission and can be found at cultureoflifestudies.com/2018-essay-contest/category-2-10th-12th-grade-honorable-mention-larisa-tuttle/#.XLP95ehKjIU.