From Dawn to Twilight

Home . Publications . From Dawn to Twilight 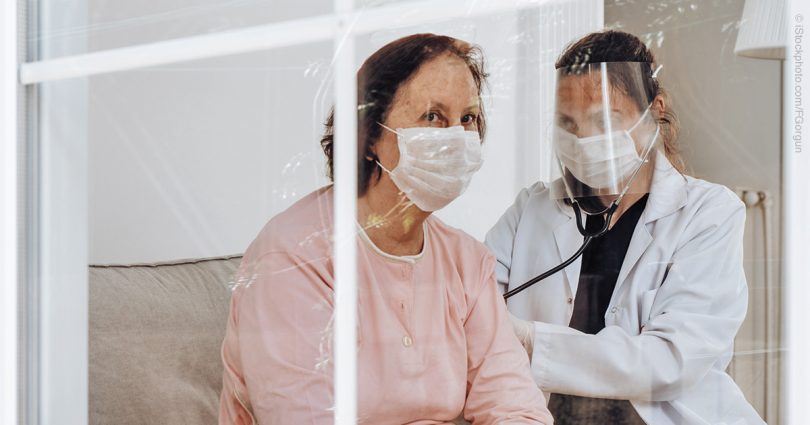 From Dawn to Twilight

Hubert H. Humphrey, the 38th vice president of the United States and two-time senator, ran for the presidency in 1968, losing to Richard Nixon. His affiliation was the Democratic Party, but his respect for the full range of human life is no longer characteristic of that political assembly. He and his wife had four children, which may have moved Senator Humphrey to state, in 1976, that “the moral test of government is how that government treats those who are in the dawn of life, the children; those who are in the twilight of life, the elderly; and those who are in the shadows of life, the sick, the needy and the handicapped.”1

Today, we find enemies of human life in so many news stories that it makes us wonder where we went wrong as a society. If the moral test for a government is how we treat the weak and vulnerable, then we have failed miserably. We see not only a disdain for morality, but the push to accept and promote immorality. Indeed, these enemies of human life include members of Humphrey’s own Democratic Party, who have even required that religious orders dedicated to caring for the poor be forced to subsidize abortion. How far America has shifted from its historical roots and its commitment to all human life!

As our country attempts to navigate this coronavirus pandemic, we see further evidence that our government is failing the “moral test” Humphrey spoke of. Despite the virus’ massive assault on life, it has not appreciably lessened the promotion of abortion. Home abortions are now a growing part of the moral landscape. And, while churches closed, Planned Parenthood remained open. People who defend the lives of the preborn are routinely vilified. One governor even stated that there is no room for pro-life people in his state. A former minister of education in Canada remarked that the most misogynistic act that can be perpetrated against women is to prevent them from exercising their “right” to abortion. At the same time, members of the medical profession who risk their health and even their lives to care for those in the twilight of their existence are celebrated as heroes. It is a vexing double standard.

READ >>  Beware! Your Signature Could Kill You!

Abortion has been rationalized for years, and three basic reasons set the stage for these rationalizations. The first is that an unwanted child will burden his parents with long-term care. The second is that raising a child is a very expensive proposition, especially for those who have limited financial resources. The third is that the preborn child is a pre-social being who contributes nothing to society and whose membership in the human family, therefore, is questionable.

The same could be said of residents in long-term care facilities. Their care is very costly, and they allegedly contribute little or nothing to society. These factors propel and fuel the euthanasia movement. Nonetheless, it is a tragedy of unspeakable proportions that residents in nursing homes are succumbing to the coronavirus in staggering numbers. And it is indeed proper that members of the medical profession who tend to these patients are regarded as pillars of society. Thankfully, government leaders have pledged to pour more money into nursing homes so that their residents receive the quality care they deserve.

The elderly in nursing homes have already expended most of their lives and are trying to hold onto what little time they have left, while abortion deprives a child of virtually his entire life—a life that could, if not aborted, reach the average life expectancy of 70 to 80 years. In terms of time, abortion is by far the greater deprivation.

We know that the preborn are innocent. We might say that the elderly in long-term care facilities share this blessed quality. The sinners are the healthy members of society who arrange for the death of others, specifically those in the dawn or in the twilight of their lives.

READ >>  Sleepless Nights and the Fear of Dying

Some years ago, an East v. West football game was played in San Francisco to raise money for children suffering from poliomyelitis. The motto was “Strong legs run so that weak legs can walk.” We can learn a lot from this noble sentiment. The strong should work for the weak. And the day will come when the strong will no longer be strong and will become reliant on others. We must understand that life does not belong to the strong; it belongs to the entire gamut of the living. Life is a movement through stages, from the very first moment of creation until the twilight in a nursing home.

We hope that the current pandemic will give people a new outlook on life and create an even playing field in which all the members of the human family are entitled to the same respect, care, and sacrifice. It is a moral contradiction for one person to care for the elderly in a nursing home and then return to a private domicile to assist in a home abortion. This contradiction should be glaring.

Can society emerge from its deep denial? We often refuse to see what is obvious. The time will come, however, when the obvious becomes the undeniable and irresistible. At that point, there will be freedom for all and the persecution of none.

1. Alker, Joan, “Children in the Dawn and Shadows of Life Should Be a Top Priority in Budget Talks,” Georgetown University Health Policy Institute, July 14, 2011, ccf.georgetown.edu.

Dr. Donald T. DeMarco is professor emeritus at St. Jerome’s University and an adjunct professor at Holy Apostles College & Seminary. He is a regular columnist for the St. Austin Review. His latest books, A Moral Compass for a World in Confusion, How to Navigate through Life and Apostles of the Culture of Life, are posted on amazon.com.

This article, and others like it, can be found at clmagazine.org/topic/human-dignity/from-dawn-to-twilight.