Finding Hope Amidst the Madness 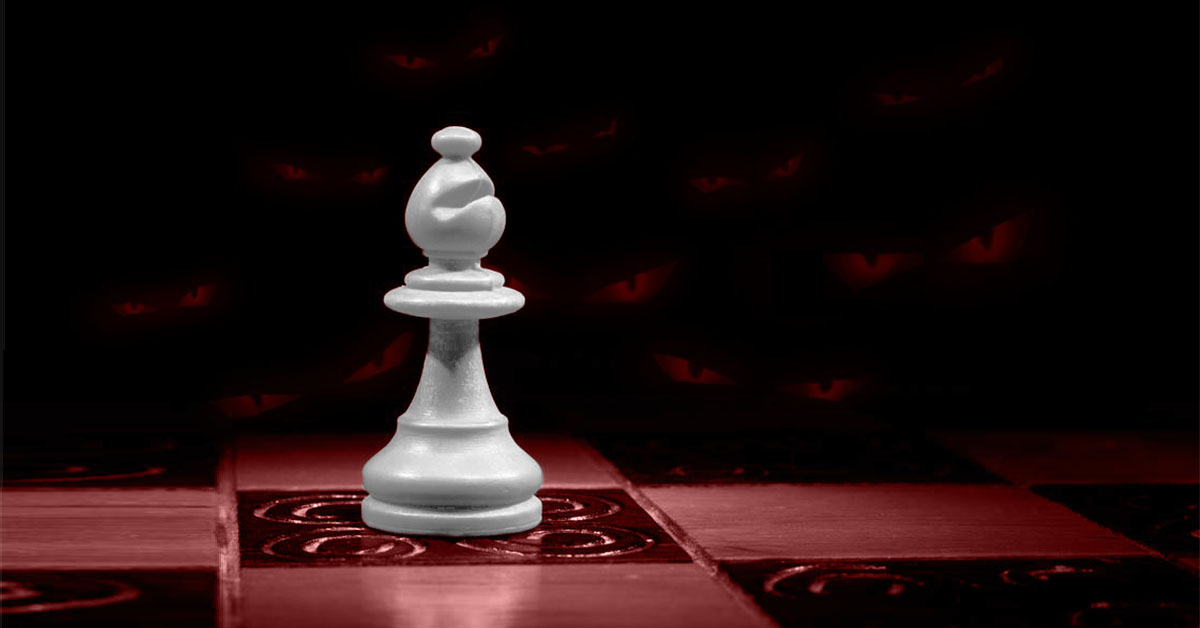 Finding Hope Amidst the Madness

We see madness and a disregard for human life all around us. One example comes from Tennessee, where Kimberly Hopkins recently pled guilty to the attempted first-degree murder of her mother. Her elaborate scheme was supposed to make it look like her mother wanted assisted suicide, but in the end her true motive came out.

You could say that justice was done, but the fact is that this woman had no regard for the life of her mother.

As we ponder this, we remember the prophetic words of St. John Paul II, who taught that there is a crisis of civilization “which has become apparent especially in the West, which is highly developed from the standpoint of technology but is interiorly impoverished by its tendency to forget God or to keep him at a distance. This crisis of civilization must be countered by the civilization of love, founded on the universal values of peace, solidarity, justice and liberty, which find their full attainment in Christ.”

Think about those words very carefully. What prompts human beings in our civilized world to try to murder their parents, to kill preborn babies, or to treat a religious order of nuns as though they were sinister actors on the public stage? Has America been bowed so low that our nation accepts such acts and moves on? 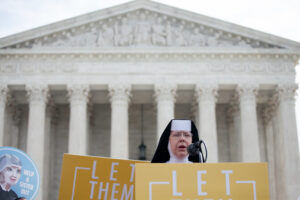 Leaders like Mother Loraine Marie Maguire hope not. Maguire is the mother provincial of the Little Sisters of the Poor. When she spoke of the court case involving her order, she said:

We offer the neediest elderly of every race and religion a home where they will be welcomed as Christ, cared for as family and accompanied with dignity until God calls them to Himself. We have done this for over 175 years because of our faith in God and our vocation as Little Sisters of the Poor.

But now the government demands we choose between our care for the elderly poor and our faith.

Today we know that the Little Sisters won a victory in the Supreme Court, but according to many the success is temporary at best. Professor Hadley Arkes asserts that all it will take is a change in administration in Washington, DC, and the nuns may well be thrown to the haters of religion once again. Why? Because groups like the American Civil Liberties Union have no regard for faith, Church teachings, or fairness.

I am not alone in this view. Astute commentators like Phil Lawler have made the same point, writing recently of the cultural disdain for all things related to God, faith, and civility:

So where are the bishops during this time of cultural upheaval, murder, and mayhem?

Some of them have already aligned themselves with the groups that want to eliminate the police and rebel against the law of the land. Imagine what these same bishops could be doing to inspire their flocks by encouraging them to protect and preserve life, justice, and the Truth—that is if they were not funding the enemies of these ideals.

Perhaps these are the same bishops who are busy admiring a presidential candidate who carries a rosary in his pocket as he advocates for the killing of the preborn.

I suggest that our bishops would be better served leading their flock in Rosaries for the intentions of all the victims of crimes, such as Kimberly Hopkins’ mother in Tennessee, and for an end to the killing of preborn children who die by the thousands every single day. I beg them to show Catholic people the way by crying out for a restoration of “peace, solidarity, justice and liberty, which find their full attainment in Christ.”

Bishops are called to be exemplars of the hope that rests in Christ, who alone can guide His people out of this present madness. We pray that they heed the call.