Euthanasia and the Silent Pressure to Die

Home . Publications . Euthanasia and the Silent Pressure to Die 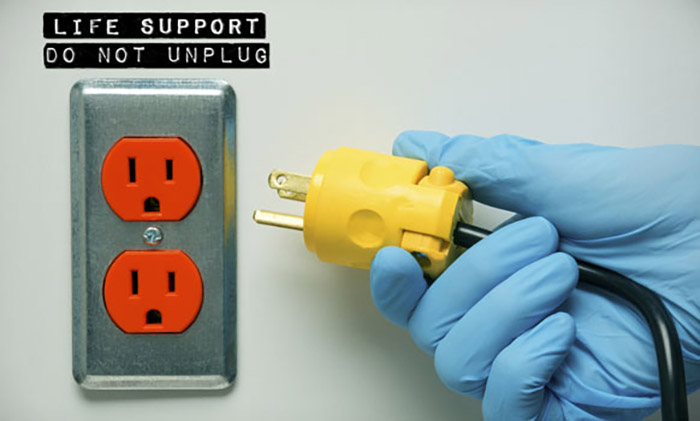 Euthanasia and the Silent Pressure to Die

The ongoing debate regarding assisted suicide (a.k.a. euthanasia) represents a discussion with no clear resolution—at least no resolution short of banning these acts morally, ethically, and legally. Why do I say this? I say this because the more that these acts creep into the practice of caring for the elderly, the vulnerable, and the dying, the greater the possibility that a silent pressure to die becomes acceptable.

Why this is so should be obvious, but in a culture steeped in one-liner quips and slogans, it is not clear if average Americans see the danger. We say this even though there are red flags going up throughout the world.

For example, in California we find that “cases filed under California’s assisted suicide law rarely go to trial. Legal experts note that jurors might be torn about convicting elderly defendants they see as legitimately bereaved if not entirely blameless.”

A recent letter to the editor of an Australian publication addresses this fear. The writer, referring to the documented abuse occurring in nursing homes, hospitals, and hospices in Australia, the US, and elsewhere, poses the seemingly obvious question: “How would you legislate to create a climate free of unspoken pressure?”

Indeed, how do you avoid silent pressure to die when cases involving the elderly appear to receive special treatment because of emotional involvement of the perpetrator with the victim? Is the spouse who bows to his partner’s request for assistance in dying guilty of a crime when he or she participates in the death? Are the children of the dying at risk of becoming perpetrators?

We understand that pity for the patient or misplaced compassion can spur some to do the unthinkable. But such feelings do not make direct killing moral or ethical. Furthermore, we know that “there is a notion that people deserve a good death.” But terms like this are the culture of death’s shameless effort to persuade the unsuspecting that denying assisted suicide or euthanasia is cruel! Sounds like double speak, and it is!

Recently, the Charlotte Lozier Institute examined the question of how legal assisted suicide affected the overall rates of euthanized patients allegedly requesting physician-assisted suicide. Its report admits to the fact that decriminalizing physician-assisted suicide has “a disturbing impact on overall suicide rates.” The report further found that, “if these laws have a deleterious effect on palliative and end-of-life care, and on suicide prevention efforts, in the general population of the states enacting them, the number of people (including seriously ill people) adversely affected by them vastly exceeds the number of patients who actually make use of the ‘aid in dying’ option.”

These facts are what we must share in order to expose the silent pressures that surround the most vulnerable patients among us.

But yet there is some good news in all of this! We see momentum shifting away from legalizing physician-assisted suicide. Twenty-three states have rejected such proposals just this year alone. We must believe that the forces for good are finally paving the way to moral sanity. Perhaps America is listening to spokespeople like Julie Hocker, who said in an interview: “We are all born with a level of dignity that can’t be measured or taken away. Dignity cannot be doled out by our government.”

READ >>  'Doc McStuffins' and the Culture of Death

Indeed! The way to end the tyranny of those who market the silent pressure to die is precisely to remind our fellow human beings that every person is a gift from God. The Lord is the Creator of all, and it is only He who should call us home. To quote Saint John Paul II, every person from the time God creates him “is a manifestation of God in the world, a sign of his presence, a trace of his glory.”

Help us spread these facts. Encourage those who teach your children to use our Culture of Life Studies Program’s resources, including Euthanasia: An Introduction—a supplement for high school students—to teach respect for the dignity of all human beings.

Join American Life League as we work to expose the silent pressures to die by teaching the truth with our Culture of Life Studies Program, by showing others how to live it with our Life Defenders program, and by arming others for battle with our Stop Planned Parenthood International program.