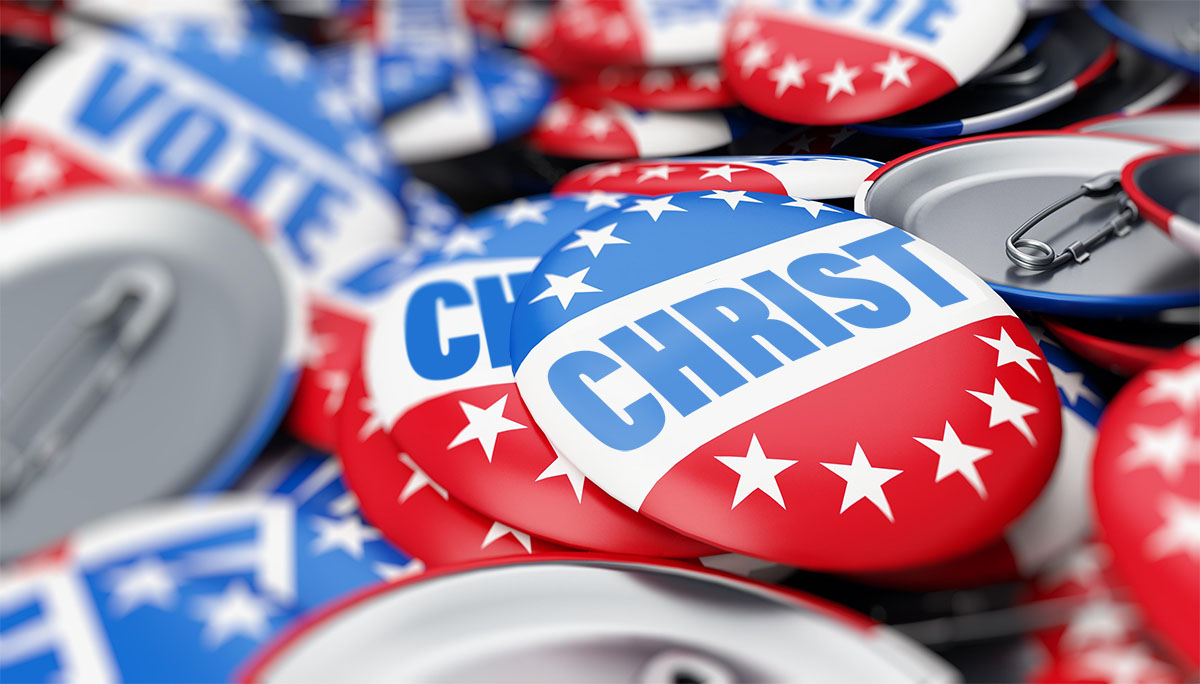 Today is Election Day, though for millions of Americans, their vote has already been cast. But which vote was it?

We have heard the ranting, the wailing, and the name calling from all sides leading up to this election. We know that everyone has an opinion and that countless polling agencies have done their darndest to confuse us if not downright misinform us. But one question remains, and it burns into the very essence of what we think is democracy.

That question is: What are Americans worried about? If the Lord, Jesus Christ, is uppermost in the mind of the voter, then he or she knows that He is the One who brings moral sanity out of chaos; hope out of the flames; and a loving embrace to the hurting, the disenfranchised, and the frightened. He alone—not a president or his foe—deserves our election, not just today but every day.

Did you know that the word election means the power to make a choice? Indeed, and that power proceeds not from a political posture but from God Himself who endows each of us with a free will to choose.

The Catechism of the Catholic Church explains:

The human person participates in the light and power of the divine Spirit. By his reason, he is capable of understanding the order of things established by the Creator. By free will, he is capable of directing himself toward his true good. He finds his perfection “in seeking and loving what is true and good.”

So, you see, the real problem in this election is human failure and/or commitment to evil. We know this because, as St. John Paul II explained in The Splendor of Truth, genuine democracy “can come into being and develop only on the basis of the equality of all its members, who possess common rights and duties. When it is a matter of the moral norms prohibiting intrinsic evil, there are no privileges or exceptions for anyone. It makes no difference whether one is the master of the world or the ‘poorest of the poor’ on the face of the earth. Before the demands of morality we are all absolutely equal.”

And therein lies our national failure that has, long ago, eliminated genuine democracy from America. After all, our nation has murdered millions of our fellow citizens and named that act “choice.” If that is not demonic, I do not know what is!

In the Gospel of Life, St. John Paul II told us why such evil destroys a nation, writing: “The appearance of the strictest respect for legality is maintained, at least when the laws permitting abortion and euthanasia are the result of a ballot in accordance with what are generally seen as the rules of democracy. Really, what we have here is only the tragic caricature of legality; the democratic ideal, which is only truly such when it acknowledges and safeguards the dignity of every human person, is betrayed in its very foundations.”

Actually, the democracy which we claim in our nation began crumbling years ago with what the Holy Father called a “tragic caricature” of the law. That is why today only the intervention of God Himself will restore it, if indeed we the people repent of this national decriminalized crime against humanity.

Each of us is called to pray for our nation and to execute our right to vote, but most importantly, we are called to elect Christ as the center of our lives. He alone will help us strive for justice for all—including the preborn, the aging, and the infirm. Only He, the One who loves each of us individually, will bring hope and joy out of this madness.

READ >>  The Pope, a Cardinal, and Courageous Deeds