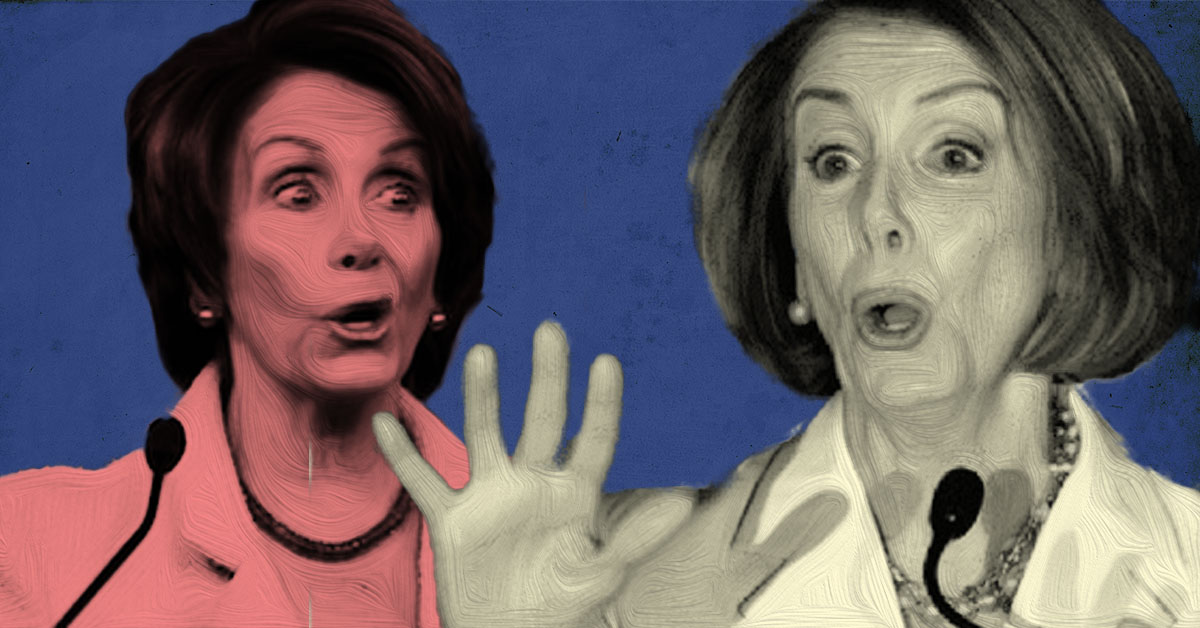 A wave of inane media comments crossed through my e-mail this week. It is enough to make one wonder if the pandemic has created massive brain malfunctions among certain of the citizenry.

The comments remind me of the 1994 movie Dumb and Dumber, and while we realize that the movie was a comedy, the stories we refer to here are anything but funny!

Take, for example, this statement from a group of Case Western Reserve students who has petitioned the student government to overturn approval of a campus Students for Life pro-life group. The statement declares: “In situations regarding reproductive choices, it’s coercive to present morally-founded opinions to a person making a life-impacting medical decision.”

In other words, there is no right or wrong, so there is no reason to help somebody see that the action she is considering will result in the death of a human being. How obtuse!

But it gets worse.

In an article entitled “Pelosi’s Pungent Pandemic Package Nonstarter …,” Clint Cooper tells us that the massive three trillion dollar bailout that dear old Nancy put together includes language that would “overturn some of the restrictions in previous bills to allow for bailouts for Planned Parenthood, the nation’s largest abortion provider.”

Pelosi’s trenchant embrace of all entities involved in performing or marketing abortion is not a shock. The very fact that she publicly proclaims to be a Catholic is also not a shock, especially given the fact that her own bishop has never reminded her that she must not receive the Eucharist until she repents of her support for abortion.

It is this sort of inaction that suggests to us that most of the American Catholic bishops are hiding in plain sight. No wonder Pelosi is so arrogant in her flippant dedication to killing babies! How wicked!

In addition, shortly after the CARES Act  (Coronavirus Aid, Relief, and Economic Security Act) was passed by Congress, we learned that the assisted-suicide lobby praised the passage of the Act, arguing that the new law provides an avenue for assisted suicide advice to be provided via telehealth.

The organization Compassion & Choices—advocates for aid in dying—writes that the use of telehealth for vulnerable populations who seek help because they are “still dying from excruciating diseases like cancer” is advantageous. Ever the opportunists, these folks have never met a crisis they could not twist into an opportunity for their marketing of “compassionate, pain-free death.”

Only in a culture where God has been shelved in favor of self-satisfaction could such an agenda even be considered, but such are the days in which we now live. Their word games are obvious; their goals lack all genuine empathy. True compassion is found in Christ, not on a telehealth call or at the end of a needle. Not so dumb, just evil!

Finally we find left-wing Ms. Magazine telling us “They’re Coming for Our Birth Control – and Lying About It.” The article content is about as out of touch with the real world as possible. For example, the writer proclaims that because the Supreme Court is hearing two cases dealing with employers and conscience rights, insurance coverage for birth control for women is endangered. Among the writer’s opinions is this flawed insight describing conservative politicians who she suggests pine for

“the utopian ‘good old days’ when good women got married, lost their virginity to their husbands and likely had boring pleasure-less sex as a way to procreate so they could stay home in a cute dress and heels and happily raise children while keeping a tidy house. This reverence of the past illustrates a longing for a time when women ‘knew their place’—a time when women couldn’t have an abortion or get birth control, couldn’t refuse to have sex with her husband; couldn’t report sexual harassment or apply for a credit card.”

Such words are not only mindless but are totally out of touch with reality. Even Catholic politicians, not to mention most bishops and priests, never talk about the reasons why birth control is dangerous for women, deadly for preborn children, and against the teachings of the Church. Such individuals are not craving anything except to accommodate the world rather than Christ and His Church.

READ >>  An Attack on Women? The Tangled Web of Lies!

Before departing the topic, though, lest we forget, these people and their various flirtations with dishonesty are never trying to be funny. This is not comedy but rather a tragedy played out in newsrooms, on websites, and elsewhere with only one goal in mind: the dumbing down of the public.

Truth takes a holiday when dumb and dumber ideology is on display.